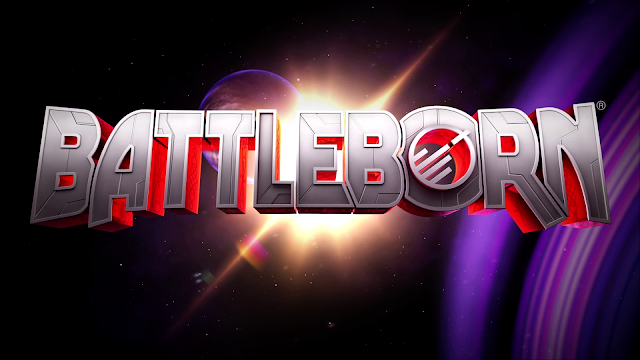 To say I overlooked the latest big guns and humour filled offering from the guys at Gearbox and 2K would be a massive understatement, as other trailers simply blinded me from a game that I clearly should have been keeping a close eye on. Battleborn is the latest first-person-shooter/slash-em-up from the team that brought us the much loved Borderlands series, and it certainly comes across right from the start as a game offering more of the same to what Borderlands had to offer us, only this time of course looking a lot better due to it being on consoles with more behind them. You can check out the beta right now for yourself on Xbox One, PS4, and PC, with the beta ending on April 18th. For now though.

Here are a few words on what I thought of the beta with my short play on it earlier this morning.

The first mode I played earlier was the story mode, which saw me and three randoms take around 40 minutes to finish off just one of the two levels that are available to play in the beta. Unlike Borderlands games of the past though you're not given a full map to explore and do as you wish, but just a section where you do the standard shoot tons of incoming little guys until finally coming to the end of the level and facing a big guy. The first thing that came to my attention after a few minutes of play was the life of each character which the game has 25 of in the full release in early May, with every one of them shouting things out and being different from the rest in their own unique way. Sadly the same couldn't be said for the smaller enemies that we faced on our travels to finish the level, as they soon became nothing more than point fodder while awaiting the big mini boss or end boss with some character to him/her to appear.

The beta also has a versus portion for you to try out if you wish, but for me it was one part of the game that didn't really do that much for me.
Offering two modes of play with Meltdown (escorting minions through grinders to score points to win the match), or Incursion (defeat the others teams sentry to win the match). Both of which not really doing anything for me in truth. While I did play through both modes with lifeless bots to learn the ropes,they both just seemed to lack that little something to make them special enough that when the beta does end I would find myself counting down the days until its official release to want to play them again.

The story mode and versus mode is also available to play in both private and public too. This is more useful for the story mode, as you do come across the much hated dick/idiot who runs ahead and spoils all the fun, adventure and exploring us normal people like to do when playing something new. Choose the private mode and get a few mates on is easily the better option. 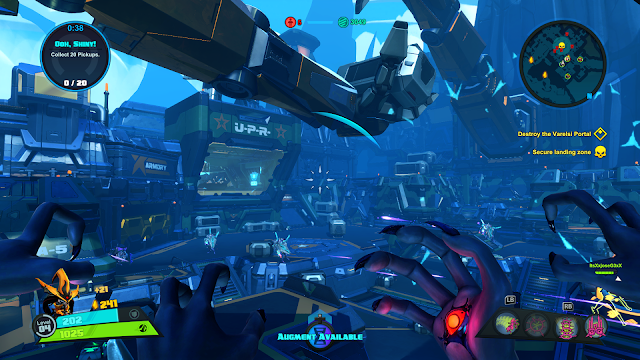 As you play the game with the character you play from the seven available to you in the beta, you will also unlock upgrade points throughout the level. These points allow you to make one of two choices in an upgrade like DNA strand, that will see your character improve in a department of your choosing from the two available. This should in theory offer you a different style of play everytime when playing that level again, as each time around you could easily mix around with what you picked before and what you spent the point on. Only putting in a ton of time with the beta and full game will tell if that will be the case however, but one would hope it adds a lot of replay value at least

You have seven charcters to choose from, with like I said above each character having their own unique personalities, powers, and play styles to them. I've personally found a little love for a character by the name of Orendi, who while she has an ugly spider like look to her, she also packs a punch with her chaos bolts coming from her hands and powerful specials. You can read up on all seven available characters by clicking their names below, which will take you to a page all about them over on the official Battleborn website.


The beta has been a great eye opener for me, and up until was a game I overlooked and never knew tht much about. While the Battleborn beta does lacks a little something on the versus side of it all, the story portion as well as the new interesting characters the game has make it enough to still give a look before the full game releases on May 3rd.

Try the beta for yourself on the Xbox One by downloading it from the Xbox Store by clicking here.