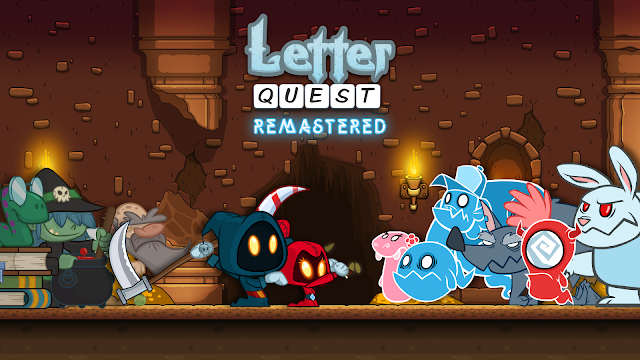 Who doesn't love a giveaway right? And for those that have not seen any of my previous website and social media work elsewhere, you should know that when we review things I'm always trying my best to get you in on the action too. I've already done a few early Twitter giveaways while the numbers are low, but trust me when I say that when we hit a certain amount of followers on Twitter and things the prizes will slowly get better and better.

Today sees a code giveaway for the very first game we reviewed on this blog, that being Letter Quest: Grimm's Journey Remastered, who have kindly given us two extra codes to giveaway for the game on the Xbox One. All details below on how to enter, and any problems just hit me up an either of our social media accounts. Good luck to all of you

PS: While the giveaway is for one code only, the second code will be given to a random follower on Twitter who uses the Tweet option in the giveaway below.

Winer was notified and prize was received