on April 29, 2016
These reviews are taken from my previous website that I wrote on. While they may be a bit old (will add at the top of the review when the review originally went live), I will try my best to bring them up to date by adding in any new feelings I have into the reviews if time allows it. 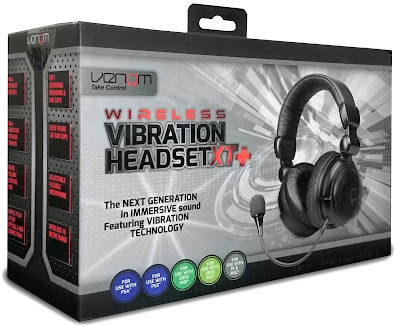 Once again I’ve been lucky enough to get my hands on a brand new headset for the Xbox One, this time thanks to the guys over at Venom. The Venom Wireless Vibration Headset XT+ (mouthful isn’t it?) is my first time with any sort of Venom related gaming peripheral, available both now and previously. I was interested to see how they stood up to some of the market leaders out there in the market. I think most of us know about the “big” headset sellers out there by now, but Venom for me at least, are looked at as one of the smaller guys, offering gaming things outside of the basic disc based fun we all love and enjoy.

Headsets are big sellers now and the market is always growing and having fresh new ideas added to it to keep the market fresh and unique. That's cool and all, but sometimes your average guy who just wants a good quality headset can be forgot about. This is where guys such as Venom and also come in, as they tend to offer good quality headsets at affordable prices.

Before we go any further, I’m reviewing this headset as an Xbox One headset, but it is a multi-format headset that will work with the PlayStation 3/4, Xbox One/360, and not forgetting PC. For this review though I’ve looked at it as an Xbox One headset only, as that's my go to console and the one I use the most.

Over future headset reviews, you will tend to see that I cover the things I would personally look out for when buying a new headset or device. These tend to be things such as, how easy it was it to get going, quality of the headset in general, audio, and of course comfort.

Sadly for this review I hit a snag right away when unboxing them, which wasn’t made clear when checking them out previously, and that issue was the ability to connect it to my Xbox One joypad for game chat. At the present time I use the Turtle Beach XO One headset, which comes with their own branded joypad headset adapter in the box, rather than the official Microsoft one which you can pick up for around £19.99. This headset however comes with no adapter, but requires you to have the official Microsoft headset adapter to connect the headset to your controller to be able to use the chat features available. So already with the headset being around the £50.00 mark you’re looking at an extra £20.00+ added to that price if you don’t have this required piece of kit like me. This will of course be a pain in the bum to those that pick it up expecting it to work right out of the box.
(Edit: Now most controllers have the 3.5 mm jack on them, I would guess the above issue isn't such a big deal anymore as it was when I first wrote the review. Also you can pick up this headset as cheap as £35.99 now. You can find the link for that price at the bottom of the review)

Ease Of Setup:
As a guy who’s been using a ton of different headsets recently, I’ve always liked the fact that most tend to not be that techy to set up these days, so a simple plug-in and play aspect is great for me. This headset though changes that a little bit, as it requires you to not only plug-in the wireless dongle (seen below) to your console via the USB port, but you also need to connect a wire to your consoles optical port for the game sound. Up until I got this headset I don’t think I’d ever used the optical port on any console both new-gen or old, so when putting it in the for the first ever time I never knew you had to push it until it in fully made a clicking noise, so if you’re a noob like me be wary of that. After that little panic though everything was all pretty simple, and I was all setup and ready to go. 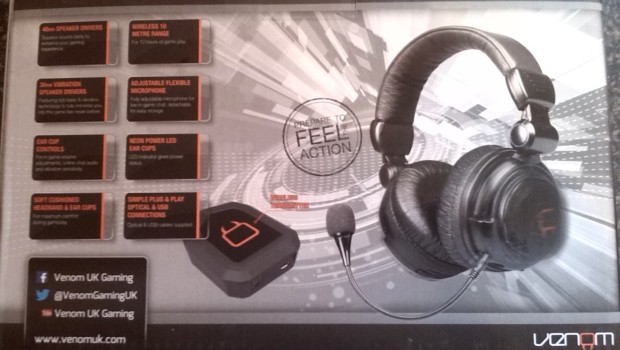 Comfort:
I was worried about the leather style feel to the fabric on the earcups when unboxing them to begin with, but it turns out I shouldn’t have worried. I’ve used this headset on numerous 4 to 5 hour late night gaming session on many a night, and up until now I’ve had no sweating like this fabric normally causes at all around my ears. In terms of tightness around the head however this is present from the start and still is now after many uses, so that can sometimes make you have to adjust them as having your head squashed is never a nice feeling. Other than those small faults the headset once again does really well.

Quality:
I was worried initially that the vibration of the headset would make the headset quite uncomfortable to wear, but that’s not the case at all. I would say though that vibration is perhaps the wrong word to use for the headset, as it comes across as more of a deeper bass on the headset rather than an actual shaking vibration feel. There were a few times though where I burst out in fits of giggles when using them as something about my ears and a certain tingling would happen now and again when having the headset really loud. In terms of the build of the headset I can’t really complain at all as the kids have been using it and dropping it all over the place and it has so far survived two under 10’s giving it a decent workout. So with that being said I can’t fault the build of the headset at all.

With the headset having to be charged via the included charging wire, I of course had to check how long the headset would last after a full charge. I tried this out a few times by allowing the headset to completely drain of any battery life and then being left to charge for around 3 to 4 hours. After this the headset tended to last anywhere between 5 to 6 hours until needing to be charged again, so my tip would to be putting it on charge for a bit whenever they are not in use to always keep them topped up. One worry for me is I’ve not noticed anyway inside the headset to get to the battery you are obviously charging, so I’m unsure when this does eventually die for good how you are meant to replace it rather than having to buy a brand new headset, so that’s a worry. 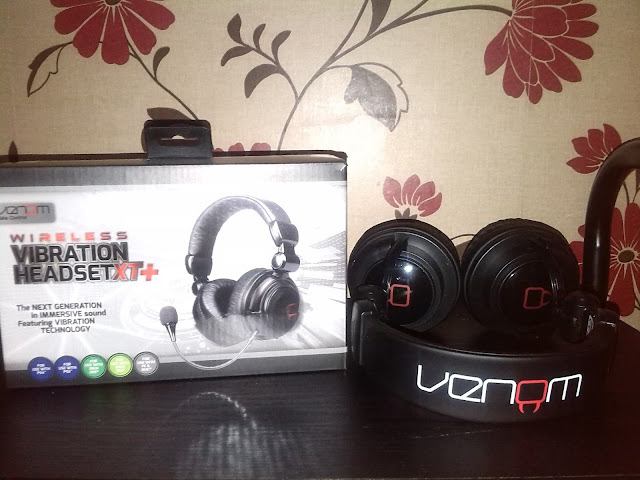 Audio:
Like I said above I’ve only been able to test out audio in terms of game sound, to which I’ve kind of had mixed feelings about the more I’ve used it. When things are quiet like when in menus and so on you seem to get a slight humming noise that can become a little irritating when having to put up with it while say you wait for friends in a lobby or something. I initially thought it might be because the volume was set too loud on the headset, but even when turning the volume right down the humming can still be heard when nothing else is going on. When you are playing a game though and all you can hear is the game I cannot fault the audio one little bit, as everything is clear as crisp as you would expect from a £50.00 headset.

Overall: Hey, it's Tony from the present day here again. Looking at this headset at where we are now, of course a lot has changed. The jack thing is now not really an issue anymore, what with most pads now having it on them. Comfort did well. Audio, as you see by the above section wasn't that great, but still did an okay job. That all being said, I would say there are better headsets on the market available for around the same cost that these are selling for now. BUT, and this is a big one for those with kids, these were one of a few headsets that lasted with two kids using them as well as me.