HXR News: Not Got Your Gears 4 Beta Code Yet? This Is Why 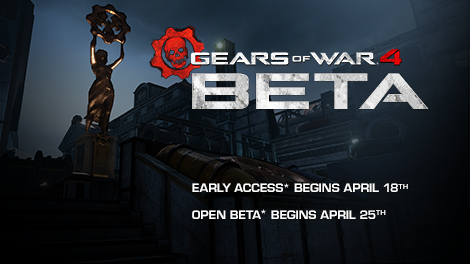 Like myself, you out there reading this post have more than likely spent the last 24 hours looking at your Xbox Live message box, trying to send thought waves to it to make your Gears 4 beta code come through without any luck. Tears and angry tweets already litter the Xbox support Twitter account such as "where is my damn code"  and "I had a as many day one players look to have been overlooked in the first wave of many codes being sent out oer the next few days.

Last night The Coalition gave us a reason to this shambles of a beta code release with the following statement posted by Director of Community for both Gears and The Coalition, Adam Fletcher (PezRadar).

"Microsoft Operations had an issue this morning with their code drop and unfortunately the codes will not be distributed in chronological order as originally messaged. We will be doing another code drop this evening to help address some of the issues. As noted before, codes will be going out in waves as we ramp up our servers through the beta.

Starting tomorrow morning (pacific time), we will be sending out a higher volume of codes to help compensate for this change and due to server stability seen during Day 1 of our beta.

This change and volume will carry on through Wednesday and Thursday morning (pacific time) which will cover off on everyone for early access.

We apologize for the confusion during this process and we are looking forward to seeing everyone in-game during the beta."


I guess all of us day one players still without a code will just have to wait now. But this shows us once again that when a beta is closed you can always expect someone to drop the ball somewhere. Once I get my code you can expect some gameplay of course, but for now if you are lucky to have one, you and I are not friends ;)