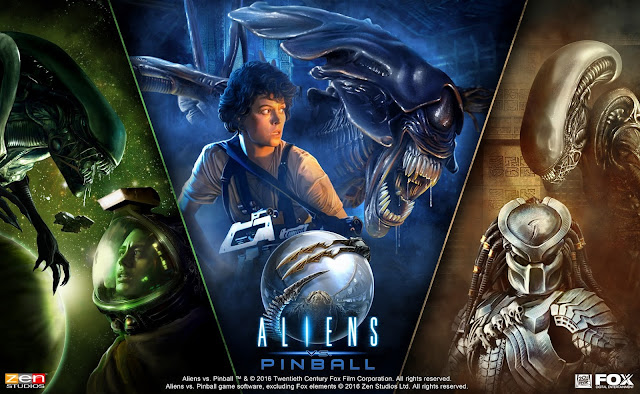 I recently told you that this was pack was revealed by Zen Studios not so long ago, but today saw some fresh information on this three table pack that Zen are making after teaming up with the guys at Fox Digital Entertainment.

The Aliens vs. Pinball pack offers three tables themed around the iconic character found in the films, as well as the standard amazing work in regards to both art and original sound effects that Zen pinball fans are used to.

The Aliens vs. Pinball pack will be released on Xbox One, Xbox 360, PSN, Steam, Windows 10, Mac, iOS, Android and Amazon on April 26th.