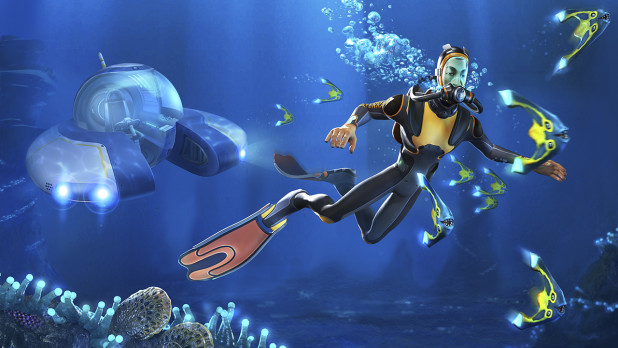 With this game only coming out on the game preview program earlier in the week, while downloading it I never actually found the time to play it until late last night. In my previous post I said I expected pretty much a No Man's Sky experience but in water, but man was I wrong. While the game is indeed about exploration and crafting items while surviving, I have to say in my short time with the game so far it has me hooked, so much so that I am going to buy it next week.

The game has a few choices to play as you can see in the video below, with survival, freedom, hardcore, and finally creative being the modes available to you. The video below sees me going with survival and playing the first 25 minutes or so as I learnt the ropes. One off point for me in my time with the game so far was how hard it was catching moving fish, but I know the team are already working on making it easier to do so and plan on patching it in via an upcoming update at a later date. Other than that I really like what I played so far. You can go download the hour trial for yourself right now in the game preview section of the Xbox One store.