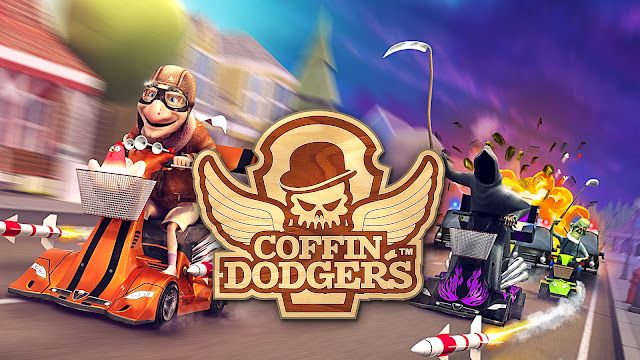 Sonic All Stars, Madagascar Kartz, Cars 2, Beach Buggy Racing. Name me any quirky underloved racer out there and there's a high chance I've forced my kids to play it at some point in time purely for the achievements. You think of classic kart racers like the one every gamer has played such as Mario Kart, to games such as Rock n' Roll Racing and Micro Machines, and I would bet I'm not alone with them being a massive part of growing up in our gaming lives. Well unless you're a young whipper snapper who looks at the games I just said and has never heard of them.

One day while looking over on the Xbox One store I came across this quirky looking mobility scooter racer, so of course I took to my email and told the devs at Milky Tea Studios that I needed this game in my life. Thankfully they got back in touch and here I am now giving you my thoughts on it. 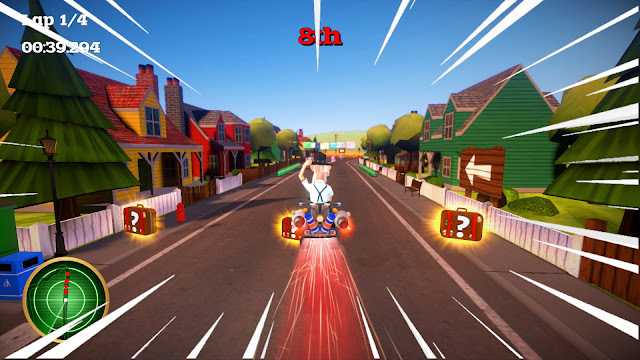 Coffin Dodgers is very much a local kart racing experience, by which I mean it will be more appreciated by those who enjoy a game they can play with family and friends in the same room, as like many other smaller games an online option is not there. The game not only offers you a somewhat short story mode (which we will get into in a second), but it also offers the standard time trials, quick race and split screen kart racing fun that you would expect from any kart racer these days.

The story goes that the Grim Reaper decides to move into the suburban retirement village known as Sunny pines, a lovely place where the old come to enjoy there final few years of the long hard life they have had. Once Grim shows up he pays each of the seven available characters a visit one night to tell them he shall be back for their souls in three days time. Not happy at all about this the seven decide to challenge Mr Death to a racing competition, with only one person left standing by the end of it all. Grim also likes bringing these losers back from the dead in zombie like form to join his undead army.

This part of the game is spread over five section and features thirteen races for you to play through. Upon ending a section one character will sadly be taken by Mr Grim, with a lovely graveyard cut-scene kicking in to show you which poor character has moved on. What I got coming out of this portion of the game sadly.......well was nothing really, as before I could get to enjoy it I found it was over with and finished. The story will take you I say around thirty minutes at a push to finish it all up, and none of the races will offer you that much of a challenge in regards to coming first. The only times I didn't come first were one time the game bugged out and saw my character steering hard left constantly no matter how hard I pushed right. The second time was when I got stuck behind a tiny bit of fencing. While this portion of the game is short however, I would be lying if I sad no fun was had by me while playing through it, as what's not funny about riding around as a old person on a mobility scooter. 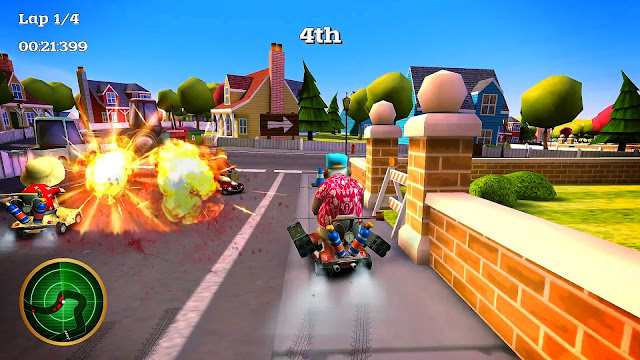 As with any kart game the weapons also play a key role in each race, and Coffin Dodgers is no different. The only letdown is there are no unique weapons to be had by these crazy young at heart old age pensioners. True you have the Road Rash style walking stick that you can melee with at anytime near an opponent with a press of the B button, but it would have been nice to see some unique things related to the characters we are using. Things like a shield that looks like the rain cover you see on mobility scooters these days, knitting needles rather than rockets, pee puddles rather than an oil bucket, even throwing a big coat on the opponent in front or behind of you to slow them down, you know because old people love a big coat even in the bloody Summer. To see just the standard rockets, oil to slip on, and Uzi gun just seemed a bit out of place in the world that was created. 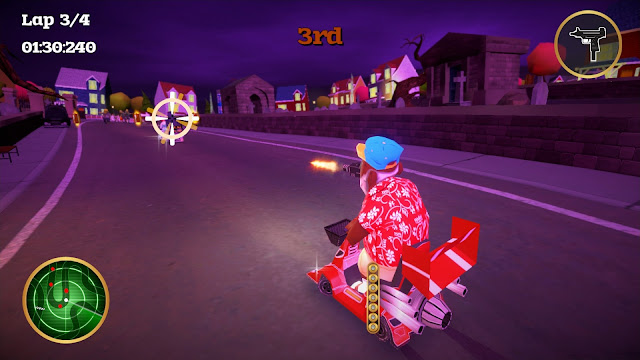 While I pretty much mentioned all the modes the game has to offer above, I will end this review on just a couple of them that require me to do so, those being Crazy Granddad and Explore.  Now of course you have time trials, quick race, and both explore and race in local play. It's sad then that both of these modes are both throw away an instantly forgettable, as with no achievements attached to them and both of them offering nothing exciting enough to make you play them over races an such they both became modes that are basically just there. The rules to Crazy Granddad can be seen below, and explore is basically just that. 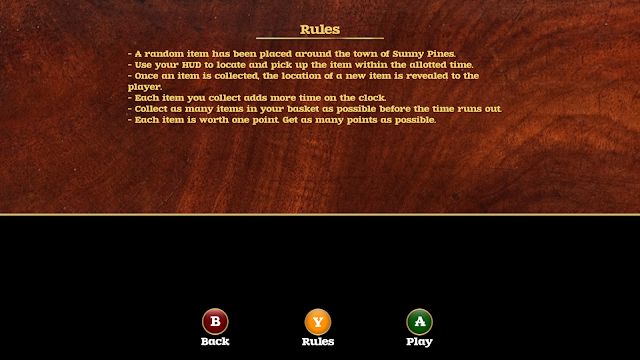 Overall: If you're a fan of local play, then you will get more out of this game than a guy who either only has one pad, or tends to have most his friends online. Sadly my second pad is currently being repaired so I never had the chance to load this up with the kids just yet. The story while being short and easy is still a pleasure to play. Sadly once it was finished though I was left with not much else to do with the game.

Pros:
+ Fun while it lasts
+ Offers more to those who enjoy local play
+ Easy 1000 gamerscore for achieve hunters (expect grinding out on weapon achieves)

Cons
- Short story lets it down
- Other modes available are soon forgot about and dull
- The controls can feel very light and airy for the first few goes, but you will get used to it

You can check out some gameplay for the game here via a quick look video on my YouTube video. Be sure to subscribe when giving it a look to see future videos.