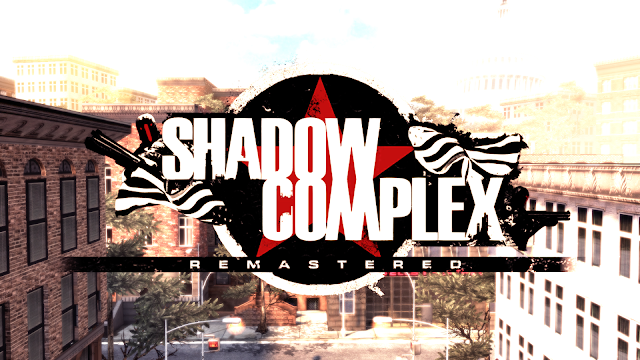 Last week saw me being review free for the first time since starting the blog up back at the end of March, so I took a look around at some recently released games and decided one deserved the review treatment from me. I have a load of these in the pipeline through games I've recently bought or got through a rental service I recently joined for more content on the blog, but the guys at ChAIR Entertainment were kind enough to email me over a review code for this game which released wayyyyyy back on March 16th.

Shadow Complex Remastered is a somewhat strange release if I'm being honest with you, with the original game also available on the console via backwards compatibility, and also being way cheaper than its twin who has had a good scrub up. These days the word remastered has slowly become the in-thing to release, as people just seem to love revisiting a game they enjoyed a while ago with the game looking better than ever. Remasters of course also fill the needs for achievement hunters looking for their next bit of gamerscore, and won't think twice about paying and playing through the game a second time around for those oh so lovely points.

If you're not familiar with the story from when the game was originally released back in 2009, then this is sort of what goes down.

You play the role of a man named Jason, with the game starting on top of a cliff side with his girlfriend Clair. While off exploring this remote location Clair only goes gets herself captured, as you both appear to have stumbled upon a rogue paramilitary group called The Restoration, who are basically a load of faceless people who love a good bit of futuristic machinery. The game sees Jason then hell bent on stopping what plans they have (basically involving a lot of death to people) by going around collecting parts and growing into a badass superhero like character. The story is there and is a decent enough distraction, but the game is you mostly going around collecting pieces, which in turn allow you to access a place on the map you once couldn't get to. It sounds dull, but trust me it isn't. 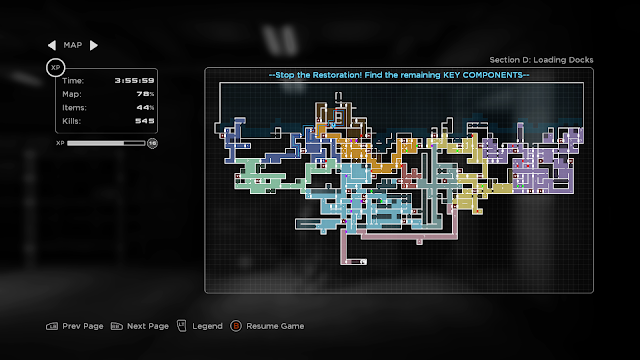 Jason starts out as a very simple rock climber sort of character, but soon enough your inventory will be full of things for you to play with, with each one being colour coded and allow yo to pass through a certain section. Orange things can be destroyed with guns, green means grenades, purple require foam, red means missiles, and finally blue means using your hyperspeed friction dampener, also know as fast running. You unlock other things as you play through the game on top of these, which you can see most of them in the image below

As you go through the above story you do get a sense of growing as a character, which actually gives you a reason to not want to put the controller down. I would limit myself to thirty-minute chunks when sticking the game on, only to find myself still playing the game an hour later. The knowing that you will have a cool new power to play with shortly that will also open new areas for you to go and find some new pickups with, really keeps the game flowing at a good steady rate and makes for a really enjoyable experience. 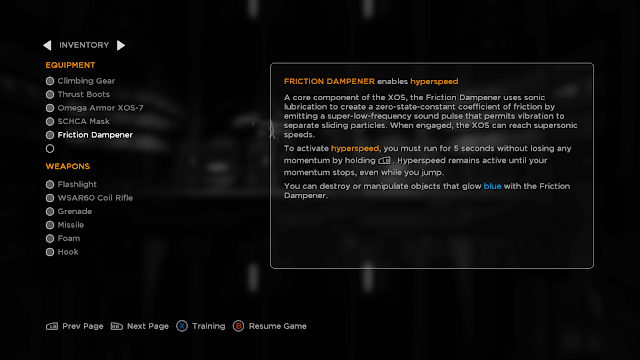 Now I won't sit here and type that the game is perfect, as it isn't. I myself have come across a few glitches that did tarnish my time with the game. While it was nothing major it was something that shouldn't really be happening on a supposed remaster that sure should have ironed out such kinks. The main annoyance was simple animation glitches or characters jumping from one side of the screen to the other after going through the melee animation. At times Jason would sort of flash as the animation caught up with itself, while other times enemies Jason would be punching or kicking fresh air while the melee played out. Sure not game breaking, but still annoying none the less.

Away from the glitches though it's been great to revisit a game so long after playing the original, as while being a game I enjoyed back on the 360, it was still that long ago that it almost felt like a new experience.  In terms of it being a remaster though I found it hard to really see much effort had gone into it. The game looks a little brighter and also has a few new melee animations in it, but other than that you could pretty much buy the 360 version and play it on your Xbox One for half the cost. 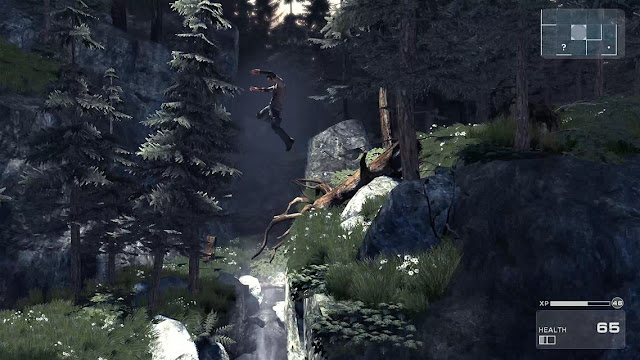 Overall: Fun and enjoyable to go back and play a game I enjoyed so much when it released originally. Would I have paid £11.99 to do that when the 360 version sits on backwards compatibility? probably not in truth. If you've not played the game previously though it is worth a look.

Cons
- Cheaper buying the original which will also work on your XB1
- Not really deserving of the remaster title
- Can be a short experience if you don't want to play the challenge mode the game also has.