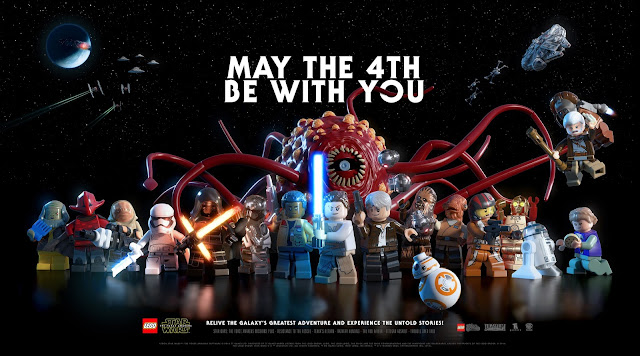 We all know the date, the date Star Wars fans can shoot their undying love all over the faces of their poor social media followers faces. While not being something I have took part in myself, I am however all over this brand new trailer for LEGO Star Wars: The Force Awakens.

"New Adventures Trailer delves into untold tales within the Star Wars galaxy all with a LEGO twist, including Han and Chewie’s voyage to capture the ravenous Rathtars, how the mysterious Crimson Corsair foiled the plans of the First Order, secrets behind Lor San Tekka’s journey to the Jakku Village, Poe Dameron’s daring rescue of Admiral Ackbar and more!"

LEGO Star Wars: The Force Awakens will be released on June 28th, on the PlayStation 4, PlayStation 3, PlayStation Vita, Xbox One, Xbox 360, Wii U, Nintendo 3DS and Steam (PC).