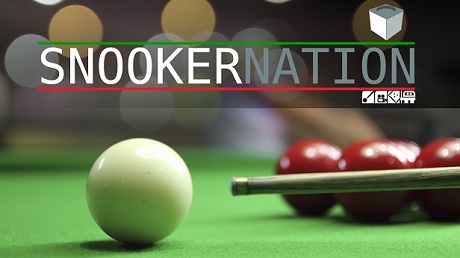 The game preview program on the Xbox One has seen some great releases since it was announced back at E3 of 2015. I've personally enjoyed games like Ark: Survival Evolved, Subnautica, and also getting to experience We Happy Few before it gets a full release next year. I will admit that perhaps Snooker Nation Championship didn't get the Internet flowing with excitement like the games mentioned above, but none the less I picked it up due to the low price that it had, with it costing just £4.79.

Me and snooker don't have a long loving relationship like many men my age tend to have with it. Sure I used to be forced to watch it on TV as a kid thanks to my Dad, and I may have even had a table in our kitchen for a couple of years, but it was never a sport (It's a sport right?) that I took that much of an interest in. In terms of games though I've always had a little soft spot for games with balls (leave ittttttt), and have fond memories of both pool and snooker games back in my younger years and playing them with my two older brothers.

Snooker Nation Championship offers you a few modes to play for such a low price, which I show off in the below video, as well as showing off some gameplay. A review for this will come once the game is available as a full release, but for now I don't really have a bad word to say about the game. It offers a decent career mode, as well as online play for you to play against friends. For under £5.00, I'd say that's good value.

Even better, I have two codes to giveaway to any of you out there reading this. Check out the below giveaway to see how you can be in with a chance of winning a code for the game.
Winner was chosen and sent code.