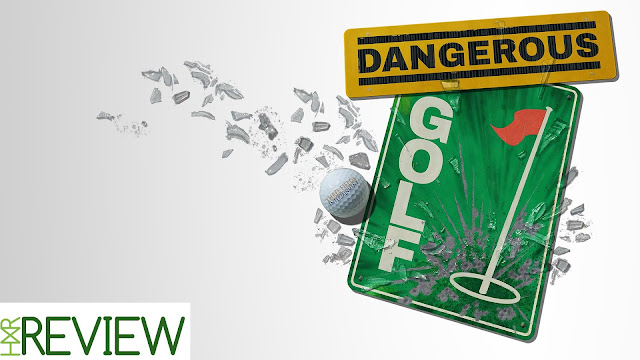 If you've read any of my reviews recently, you will see that most of them have been lacking when it comes to just having some mindless fun, not counting LEGO SW of course. Like many of you out there in gaming land, I love me a game every now and then that doesn't need me to remember a huge back story or a set of complex buttons when loading up a game up every time, so getting the chance to take a golf ball and smash the living bejesus out of everything in sight seemed something right up my street.

Dangerous Golf saw a release a while ago now, with the game seeing a mixed bag of reviews right across the internet. I said in a recent gameplay video I did for DG on my YouTube channel that this was a game I was looking forward to, and I was. But with money tighter than ever before, I had to watch it release and suffer until the funds were at hand. Before this could happen, those lovely guys behind the game kindly sent me over a review code when the recent update went live. So now I get to play a more tweaked version of the game without the need of waiting till next payday.

The small eleven person team at Three Fields Entertainment has had time to listen to some feedback via reviews and gamers, as they try their best to improve the game in certain areas. This is nice to hear, as had I bought the game for myself, I would be thinking these people were not about just getting my money and running away with it, as they clearly want the game to be the best it can be. You can check out what the recent update addressed by checking out this post I did about it here.

Dangerous Golf has a few areas of play for you to mess around with, with the one I've sunk most my time being the World Tour. This World Tour feels like it's absolutely massive, which is both a good and bad thing when playing it for a set amount of hours. Getting further and further into it all, you slowly get to that point where things do become a little repetitive, but that's the time when you need to turn the game off and have a little break from it. And I think that's where many go wrong when playing the game, as I personally don't think it's a game that you can sit down and play for hour after hour, as playing it for say 30 minutes here and there will see you get a little more out of it.

The world tour has a whopping ten tour points to go and play through, but all these tours take part in just four locations, so you see what I mean by things feeling a little repetitive from time to time. Now the game tries its best to combat this by mixing things up with the goal you need to complete the hole, and by complete I mean scoring as many points as you can to gain either a bronze, silver, gold, or platinum medal by the end of it. Before I talk about these levels though, I need to rewind a little and talk about the control system and features that will take you through the game. 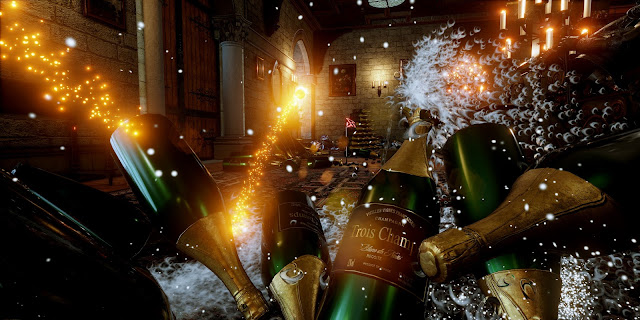 Dangerous Golf is all about your little shiny white ball, so learning how to use it well is a key part of the game. The main special power your ball has is the smashbreaker, turning your simple golf ball into a fiery ball of utter carnage for a set amount of time. Once teeing off you gain this power by hitting a certain amount of items, and have until it runs out to smash as much as you can with it. You can go in slow motion (or Danger zone as the game calls it) by pressing RB. Pressing the LT or RT button will make the ball bounce smaller or larger depending on which one you press, LT being small, RT being bigger. Then finally we just have the analog sticks which control where your ball goes, which does take a little getting used to, but not to the point of it being frustrating.

Like I said before, the game tries its best to make the tour as diverse as it can, by not just being levels that require you to smash the crap out of it. Levels such as putting challenges, which ask you to putt into holes with only three lives do require a decent bit of skill to collect all holes. Same can be said for hazard holes that have items and even big portions of the floor that you cannot touch also needing a bit of thinking when playing them. While there are also modes that see your ball being covered in glue and being able to plant bombs, it doesn't take away from the fact that you are basically playing the same levels over and over again, or at least that is how it feels after a certain amount of time. They can still be fun, don't get me wrong. But if you choose to play for an hour or two in one sitting, it can become a little tedious. 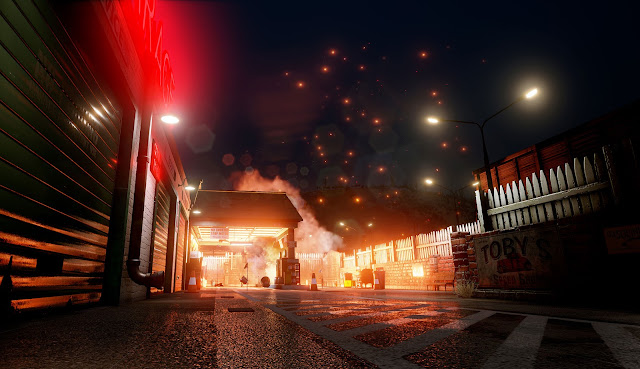 The game also has modes such as offline co-op world tour, offline party golf, and also online play, but this is where the game has let itself down a bit if I'm being honest with you. I've tried my best to play online now via the quick match option since I got the game, and still after trying over ten times I'm yet to find a game. I would love to say I had a fun time playing with random people online, but the fact is it's dead already. Unless you have buddies picking this game up along with you, I can only see you getting the same spinning icon that I have when trying to find a game. Shame really, as it would be fun when playing with others, as both offline modes have shown when playing them with family.

Overall: While not being a game that I can see myself playing in massive chunks, Dangerous Golf was fun to play in short bursts to kill some time, and pretty much played out as I expected it too.

Pros
When is it not fun blowing and smashing stuff up?
Great for those who love leaderboards