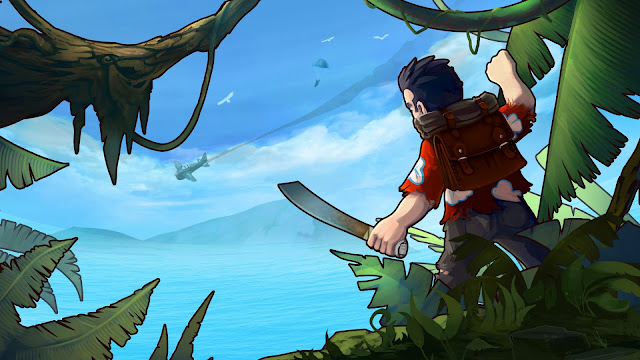 I first heard about Lost Sea a while ago while manning my normal station on the Twitter handle of my previous place of writing. At the time I was busy writing and recording other things to take any real notice of the game in all honesty, but it had sunk into my brain enough that the name of the game rung a bell when seeing a tweet go up about it on my Twitter timeline recently.

Lost Sea is an explorative action-adventure game set inside the mysterious place that is the Bermuda Triangle. After your plane comes crashing down in an intense storm and finding yourself washed up on a remote island, you're left to choose from a bunch of characters and go around islands collecting tablets and unearthing secrets along the way. Sounds a walk in the park right? well, that's because I forgot to add in the permadeath feature that the game has implemented into it. See that 45 minutes you've just spent forming your crew, collecting boat upgrades, and gaining skills with coins for your character? Well they've pretty much gone now that your character has popped his clogs, and if you failed to reach the final boss that each island has, then well, you are going to have to start alllllllll over again from the beginning. 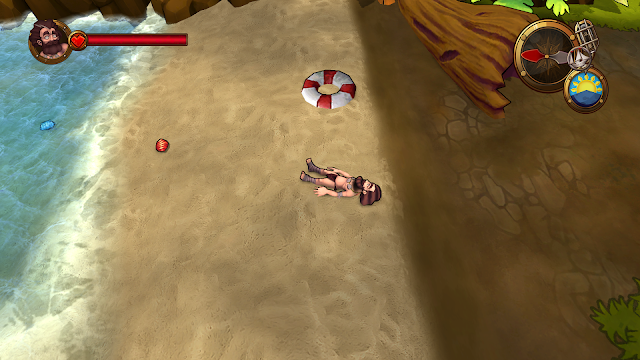 I grew up with games that lacked any sort of check/save points in them, so to be moaning about one right now makes me feel like I'm even older. As a guy of 36 with two kids though a lot has changed in my life from when I was a little boy who failed to care about time. I could spend days in the summer holidays building dens only to smash them down hours later with friends, just because. At this time in my life though getting a quick game of anything while the kids play out or the wife nips out to the shops has now become a way of life. The older you get the more valuable time becomes, so right after my first permadeath Lost Sea and I never really saw eye to eye.

The main part of Lost Sea is adding to your crew and upgrading yourself,  but the fact you lose all of this upon every death stops the game having any sort of drop in and out play feel to it at all. I mean getting to the final boss of each island and being able to warp back to the new destination upon a new turn does soften the blow a tiny little bit I guess. But for me even that wasn't enough of a return for the effort that you have to put into Lost Sea to get anything out of it all. To get the best experience out of lost Sea though you're going to have to need an endless amount of time to play, that could be 30 minutes or 3 hours, you just don't know. While that may sound heaven for some, it's a game format that just doesn't fit into my lifestyle at all. For this reason alone, it stopped me wanting to load the game up after a certain amount of time, as the main thing I want from a game when loading it back up would to be that my time and effort counted for something. 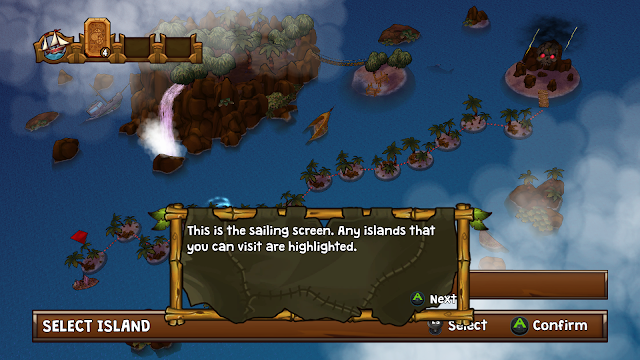 Imagining Lost Sea without the annoying save feature makes me see a game that would have become a great time killer of a game. Going out to islands and hunting down secrets while building a crew was a fun thing to do, but the whole time I was playing, I knew in the back of my mind that all this I had spent working my ass off for could be lost in the blink of an eye.

For those that have a ton of time to waste though Lost Sea may be a totally different experience. Like I said, hunting down these islands while growing your character, ship and crew was somewhat of an enjoyable experience, well with a dash of repetitiveness dashed into the mix too of course. There is also no way for me to make the combat sound more exciting that it actually is, as you will basically be slashing away at trees, boxes, barrels and numerous enemies that only take a slight little mix up upon each island you visit. As for the islands you visit. Well, much like the enemies you encoutner in the game they also only differ slightly from the last one you played. Or at least this was the case for me with the ones I reached while playing the game for this review. 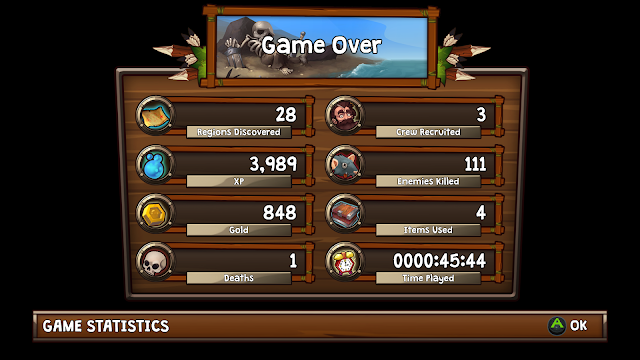 Overall: Lost Sea for me was ruined by a save format that just never rewarded me as a player enough to want me to keep going back into it over and over again. Yes, by finishing a zone you can always warp back to that zone afterwards with a portion of coin and XP available to you. But losing crew members and things you had already worked hard for, made it feel like a massive waste of both time and effort that I had put into it all. For that reason Lost Sea just wasn't for me
.
Good:
Can lose hours in it when staying alive

Bad:
Very repetitive
Permadeath was not for me