Overdue Review - Nightmares From The Deep: The Cursed Heart

on July 01, 2016
Overdue reviews is a section on the blog where I finally get to play and review a game a while after the game has launched. Chances are you already own it by the time I post these up, so these reviews are purely to get some content up on the blog in these early days, with games I never reviewed elsewhere being the ones I focus on 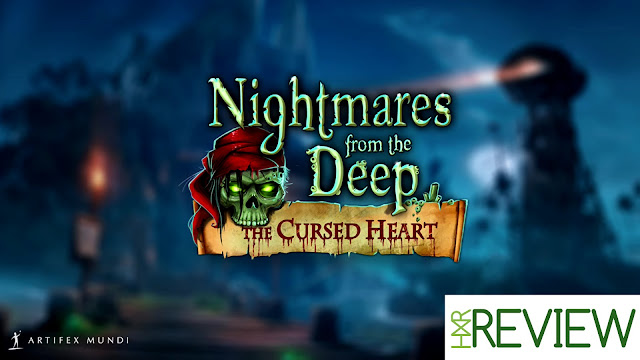 I've found myself of late watching and reading what the guys at Artifex Mundi have had to offer with their puzzle games on the Xbox One, mostly from friends doing gameplays and fellow reviewers dropping reviews for them all. I really wanted to give these games a look for myself, but I rarely have time to buy and enjoy a game these days, as half the time they just sit there in my pile of digital shame as I'm busy playing things for the blog for a review. The most recent games to join the list of games I've only been able to touch briefly are games such as Quantum Break & Doom, so what chance does a small indie puzzler have of getting some of my quality time.

After a back and forth with the lovely guys on the Artifex Mundi Twitter account, I popped them an email and now I'm here set to review four of their recent releases. I was going to do a bulk review of all four games that they kindly sent over to me, but have decided to go with the short mini-review for each game instead. Now I've only played this game so far in the games that have been sent to me, so the reason for the short reviews are more down to the fact that I don't expect the fundamentals to change on each of the games, as it's more the story that will be different. 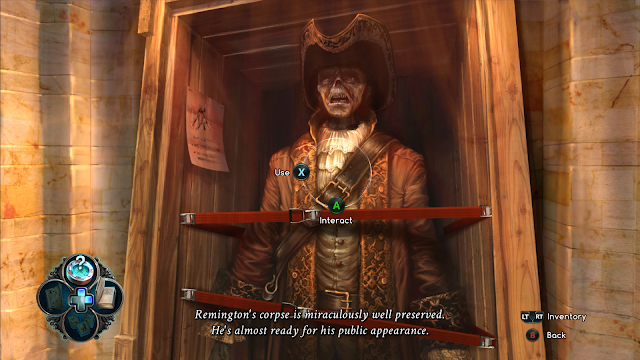 In Nightmares From The Deep you play Museum curator, Sarah Black, who with your daughter by your side are putting the last few touches to adding a 300-year-old dead pirate to an exhibition coming to the Carribean Naval Museum. The pirate in question is one Captain Henry Remington, a right evil bugger it seems from the stories that are told, but does the game hold a twist? I will leave you to find out what the story holds, as the story is one of the main pieces that make Nightmares from the deep the enjoyable little game it is. 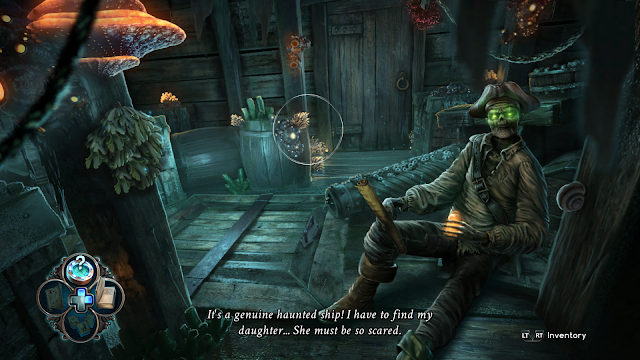 Now while it has that lovely little story bubbling away in the background, the game itself is a good little puzzler that is very much a click and play like experience. You have to complete mini-game like quests to unlock items that either let you beat a puzzle, or help you open something to progress on into the game a little deeper. None of them are hard mind you, as there was no point in time where I hit a wall or had to jump on YouTube for help in solving anything the game had to throw at me. If I did wonder where to go next then the cheaters option would be to press up on the d-pad, which gives a shiny white light and shows you which room/screen you needed to be in to keep the game flowing along smoothly.

The mini-games are decent too, with a number of enjoyable ones on offer. The main one throughout the game seemed to be you having to find certain items listed at the bottom of the screen. Sounds easy, but when the items are surrounded by other pointless items not on the list it does add a little bit of trickery into it. If you didn't want to do those all the time though all you need to do is press your d-pad down and it would bring up a game of Mah-Jong for you to play, which when completing would gift you the same item you would have got by playing the searching game. What that allowed me to do was mix things up a little if searching of items was getting a bit stale. Thinking back to games I played going through the game till the end, it saw a very mixed bag indeed. Making potions, finding coins, unlocking doors, just a decent mix of things to keep the game going along nicely and not coming to the stage of me going "not that again".

Once you beat the game you also have a bonus chapter to play that carries on from where the original game left off. Once again, I'm not going to spoil it all, but it does add another 45 minute or so to the game, only this time in a new setting. 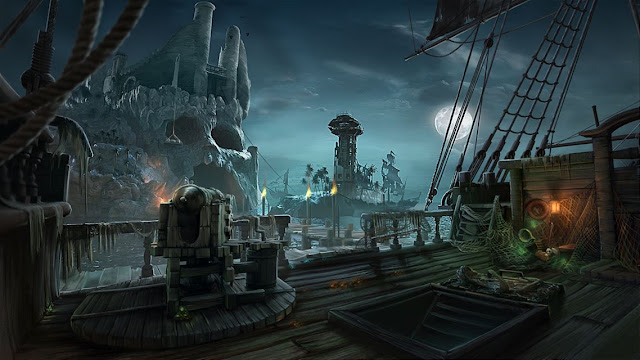 I guess if I had to nitpick at the game, the only place I could say could do with a bit of work is the audio. At times it was alright, don't get me wrong. But at times it comes across a little bit cheesy, and did make me look at the button to skip dialogue a few times to just get it out of the way.

Overall: Had I paid the £7.99 asking price for this game, would I be happy now I've finished it? Yes I would. If I had to think of a real-life equivalent to what Nightmares Of The Deep has to offer, it would be that enjoyment you get doing things such as a crossword puzzle. You can sit down and relax and just not worry about stuff, while at the same time giving your brain a little time to do its thing.