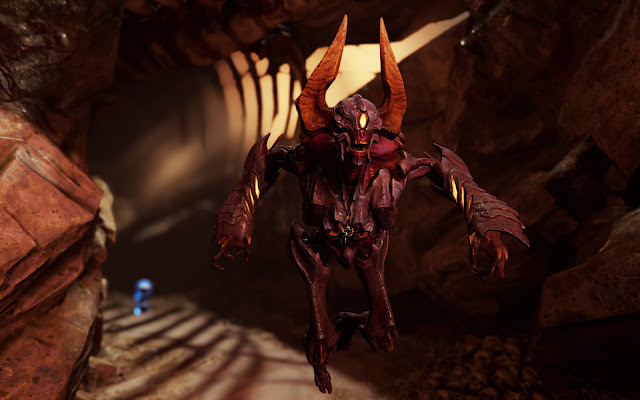 The first DLC pack for the massively successful DOOM is now available on numerous formats, including the Xbox One. This premium DLC pack offers three new maps (Cataclysm, Offering, Ritual), one new playable demon (The Harvester), a new weapon (UAC EMG Pistol ), a new equipment item (Kinetic Mine), and a bunch of new armor sets, taunts, and Hack Modules to mess about with. You can see all this DLC in the below trailer.

This DLC comes as part of the season pass, which you can buy for £29.99 by clicking here. Doing it this way will not only get you this DLC, but also the following Two DLC packs that will come out in the near future. You can also get this DLC via a singular download if you wish, with the DLC available to buy from here for just £11.99.

One thing worth noting about this DLC is that it offers something know as the "PartyPlay system". This allows anyone to play any of the new maps from Unto the Evil, as long as someone they party up with owns the DLC. So if you own the Unto the Evil DLC, the maps will then be accessible to anyone who’s in your party as part of the map rotation. Sounds a good deal if you ask me.