HXR Blog: How Far Will You Go For Gamerscore?

I've decided this morning that each weekend shall be a blog day on the website, a post that's gives you a bit of a insight into the man I am, while also letting me rant or share in something that has happened to me in the time I've been playing these stupid video games We're all nosey buggers, so getting to learn a little about me outside of reviews is hopefully something you enjoy reading and also something I don't get bored of typing about in a hurry. Most importantly, hopefully it's something that gets us talking to each other, as I love nothing more than talking to those that read whatever I type, as even with all this shyness (will definitely be a blog about this at some point) I love to talk with new people..

The first subject I've decided to talk a little about are achievements, and how far I've gone to secure nothing more than a few points. I'm a recovering gamerscore addict who has a shady past when it comes to achievements, but I'm pretty sure that's the case for most of us who game these days, so I'm alright to speak about it........I think.

My gamerscore unlocking days began in August of 2006 in an online race on a little known racer called Burnout Revenge. Here is where I unlocked my very first online achievement, and also the moment that iconic unlocking and achievement sound effect came into my life. From that day until some time in 2013 I've sunk a ton of time sucking as much gamerscore that I could out of any game I've got my hands on. However, It got to the point where games stopped being about something I enjoyed or got to finish, and more about how fast I could gain points from that game. At some point I hit breaking point and decided this wasn't allowing me to enjoy something I once loved to do, as not only was I just playing for achievements, but I was also skipping stories and adventures by pressing the skip button to maximise the speed they would unlock. Looking back at them now in a different light, I started to see some of the things I did to gain these points were things I would not dream of unlocking as the gamer I am today. So below I've picked out a couple of instances of achievements I'm not pleased about unlocking. These are only the ones I remember though, so if I had a better memory I bet I could bring even more shame to my gameratg. Be sure to add your shamed achievements in the comments section below so the internet can judge you as well as me..

I've killed an innocent women for 5G, what the hell was I thinking? I actually remember unlocking and setting this whole achievement up. Riding around the side of the train track with a woman tied up on the back of my horse without a care in the world, looking for the train that would bring me that next achievement. It was all going fine for me as I lay her down on the track with all the excitement inside me knowing those gamer points were just moments away, then as the train came around the corner, the guilt and realization of what I was doing for gamerscore began to kick in. I had to pause the game and take a moment before I of course took the life of this innocent videogame character for those stupid five points. Her memory shall live forever however, thanks to the above achievement with the date of unlocking for all to see.

Another achievement I can look back on while I put the palm of my hand directly onto the whole of my face. An achievement that stands out to me, as at the time I remember thinking about if I should unlock it or not, as you are basically saying to everyone that sees it you are a little weird. I never went for it for a peep up the skirt though, as I was all about that ten gamer points being offered, honest guv. The down side to the achievements for this game was the fact I only ever got around to unlocking just two achievements for it, so it makes it even more of an eyesore when reading back on old achievements in games I have played.

PS: If you're reading this thinking this is an achievement you want to unlock but you are worried what you eyes may see, then fear not. You can live safe in the knowledge that you don't actually see anything at all when doing it, but you will get many years of Internet shaming for looking at nothing but a skirt on a videogame character for the rest of your life. This is one achievement I would happily wipe from all of the ones I've unlocked.

Achievement Three:  All Of Avatar - Forgive Me, Father, For I have Sinned - 1000G

Whenever a none gamerscore addict sees you have a pretty decent amount, the first question out of their mouth is always "have you played Avatar?"  normally followed by Hanna Montana, My Horse And Me 2, and the rest of the normal suspects. Having to answer yes to Avatar breaks my little heart, and seems to null and void all the time & effort you've put into the rest of gamerscore, all because I played a game that required to press one button for a few minutes. This is one game I would happily take off my played list along with the 1000G with it, as for me at least this is one of a small number of games I've played that required no effort at all. 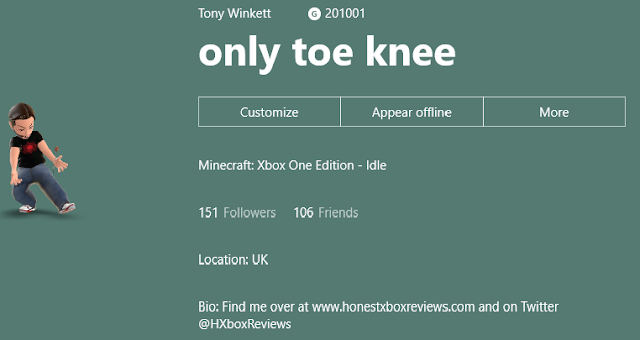 So that's my short little list of games I've played that I wish I could rewind time and take back, so now it's over to you. Looking at the plus side to being a gamerscore addict, what little gems have you come across that you would have normally ignored had you not loved achievements? Games like Wanted: Weapons Of Fate, The Saboteur, the NHL 2K series are just a few of the games that I have fond memories for, but what about you.

Joking aside, achievements are a great way in making you explore a game more than you would if they were not there, so I for one am I glad they are now such a massive part of my gaming experience. And screw those who hate on the Avatar game, as they were the best damn five minutes I spent on a videogame ;)