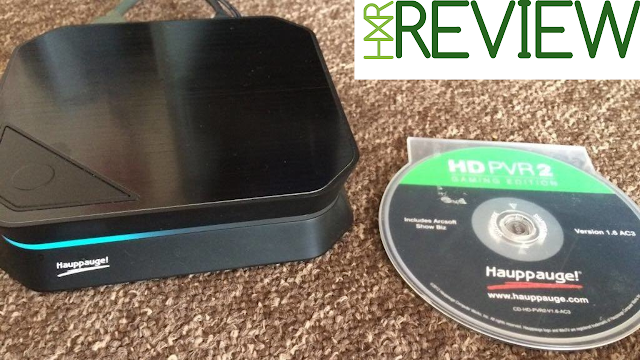 In all the time I've used this product, I don't think it's one I've sat down and typed something on it anywhere else. For me a product like this doesn't really need words. As you only have to click on YouTube to see someone using it to see if it works well enough for you. None the less, I've decided to use it for a week or so and write something up on it for this very blog, purely because doing hardware reviews were another part of reviewing that I really enjoyed doing elsewhere. I'm not the most knowledgeable tech guy you will ever come across, so if you're expecting a ton of tech speak thrown your way, then you're in the wrong place. I'm just your average dumb bloke who likes playing with a bit of tech to help make my gaming experience a little better. Before this review of sorts gets going, I think it's worth noting that this device is not the newest one on the market by a long shot, and there are newer devices out there if having the latest toy is your thing. I just bought it and felt like typing something up on it.

New To Recording?
The one thing I will say for any budding recorder before they take the plunge with any capture device after using things like Upload, is to be sure to check your laptop or PC can handle the device you choose. In the early days, I went into recording things with an old PC and was left with a capture device that could not perform the way it should, leaving me with videos that had jumping sound with low-quality gameplay not syncing up correctly. A brand new laptop changed all that at the time, but it's worth reading up on what these devices need to be their best. So before we get going with this review, here are the specs you need to get this device working on your computer. 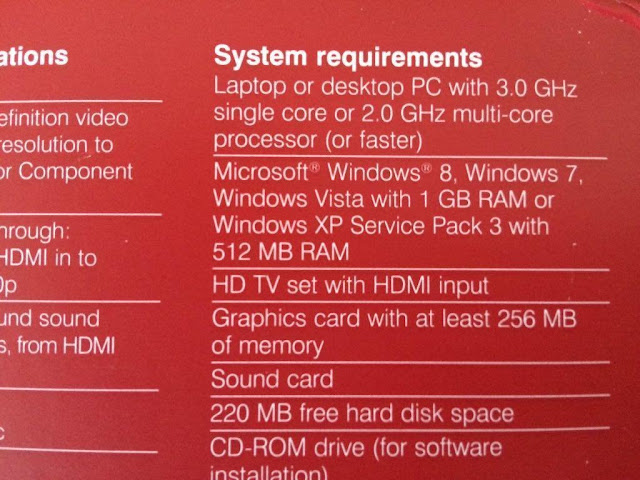 The HD PVR 2 Gaming Edition Plus has been a capture device that I have used for an absolute age, but recently found myself having to replace it thanks to it breaking, due to something I did and not the device. Looking around the Internet I was surprised to see a device that felt pretty old to me was still going for a premium price, with those prices being anywhere between £90.00 to £120.00 depending where you look. With money being tight but still really wanting a device to help the site grow and add better content, I decided to go down the pre-owned route and found it on the CEX website here in the UK for just £40.00 (plus £2.50 P&P). The option I went for was the grade A option, but if you want to pay even less they also offer both a Grade B and Grade C option. Going for these lower grades will see more of a chance of the device you get having marks or scratches on it, but if that doesn't bother you then crack on buying at an even cheaper price.

I've been lucky enough to play with a number of devices in my past places of writing, with devices like the classic Roxio Game Capture way, which I bought way back in 2012, right up to the original Elgato. The Roxio device did an okay job for me while not offering HD quality recording. The Elgato on the other hand offered great HD quality when it came to capturing, but seemed to throw up more instances of things I captured getting corrupted. This can become really annoying when capturing an hour or so of gameplay, only to find that video is unusable when going in to edit it all together once you think you have got what you need. The one device I cannot complain about and the one I spent the most time with overall is the one I'm reviewing today. 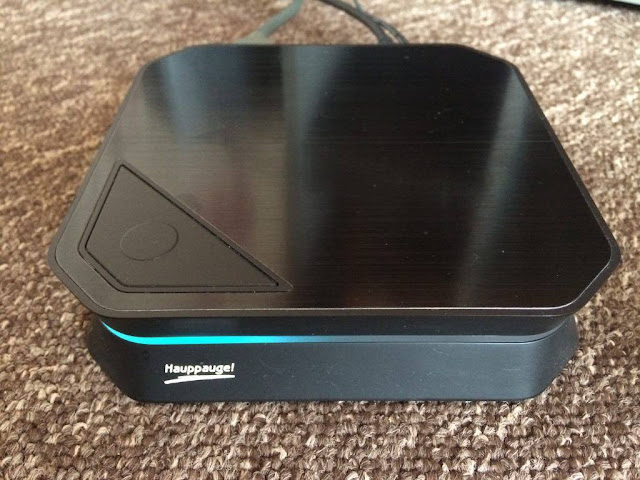 Opening up the box I received from CEX I was pleasantly surprised with the quality of device I actually got. While the box was a bit tatty in places, the device itself was as good as new. I know many stick their nose up at pre-owned items these days, but why pay more for a product which is doing the same job, and in this case at even lower than half the asking price for a new one.

Setting it up was once again a breeze, as the device only requires 4 wires to be fully setup and ready to go. Before this though you have to use the included disc to install all the stuff you need on your PC/laptop that allows you to record your gameplay. After 30 minutes or so doing this I was ready to go and capturing the gameplay you can see below.

Like I said at the start of this review, words aren't really needed when you can show off what the device can do in just a few seconds by showing a video using it. I could sit here typing a whole bunch of words for you to read, when all you really need to do is click play to see the HD PVR 2 doing what it says on the box.

I was one of those people that saw things like Upload on the Xbox One being the death of these devices, but I'm happy to admit that I was wrong. Upload is okay if you want to capture small clips every now and then, but anything around ten minutes long and it's going to be a pain in the bum to put together.With this you just set it up, open it up on your laptop and click record and you can capture for as long as you want. The device also has a skipback feature too, so if you have it connected and setup but are not recording you can go back and get that moment you may otherwise have missed. 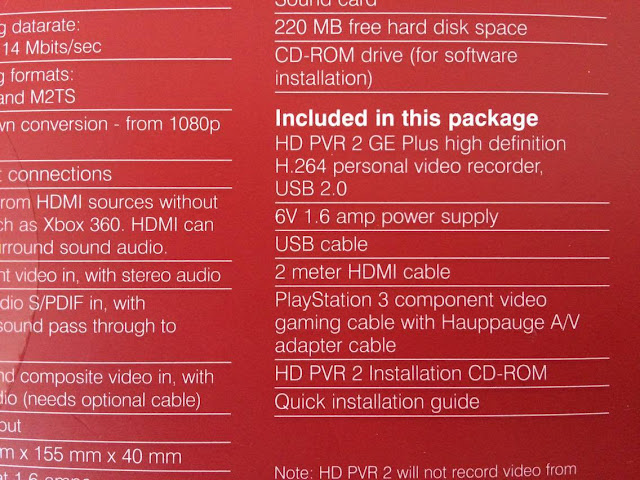 The Hauppauge HD PVR 2 also has a built in streaming suite, for those that like to do things live and there and then on the spot, with a bunch of people watching live if you're popular enough. While not being a route I've really dug deep into all the time I've been doing this, I know if I want to do it I'm ready to go if I so wish. The second reason I bought this game capture was I have a ten-year-old who is currently massively into YouTube, so for me to take something we both enjoy in gaming and adding something that will help him make stuff is a great way of doing some Dad/Son bonding, not to mention scoring cool Dad points.

Overall: If you're picking this device like I have for just over £40.00, then I can't fault it at all as it's worth every penny. You only have to look at the quality in the above video to see it's worth the money, with the option for me to add a voiceover into it all being very easy when I have the house free to do so. If you want to take your game capturing to the next level while not paying a big price, then this is the route for you.
Game Capture Device Hardware Review Hauppauge HD PVR 2 Gaming Edition Plus Xbox Xbox One