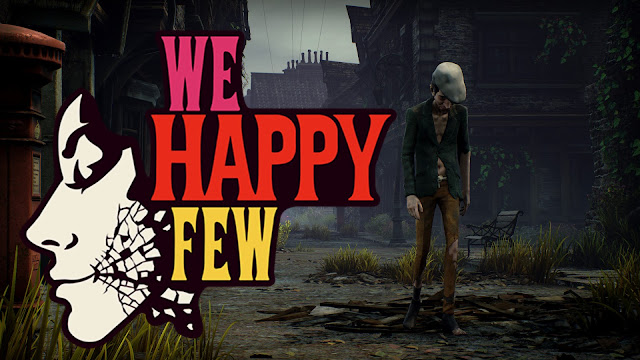 I've had mix feelings about doing a preview post for We Happy Few for a number of reasons. Talking about a game that will dramatically change upon every update is both a waste of my time and yours, more so in the case of We Happy Few, as it's currently in its newborn stage. With the game being super early and in the preview program, there isn't much going on in the game just yet to warrant a massive post about the game and what it offers right now. But that's not to say that as time passes We Happy Few won't become what many of us hoped when it was shown off on the main stage of the MS E3 briefing this year.

The game opens up with the demo we saw at that brief, introducing the one character available in the early build, Arthur Hastings. After seeing an old news clipping of him and his brother, he decides to not take this pill known as joy, and that's when his world gets turned upside down. He starts to see things for what they truly are, which of course include that well-known pinata smashing scene. If you've not seen the demo, you can watch 20 minutes or so of gameplay at the end of this post (skip to about 11 minutes if you are sick of the intro). 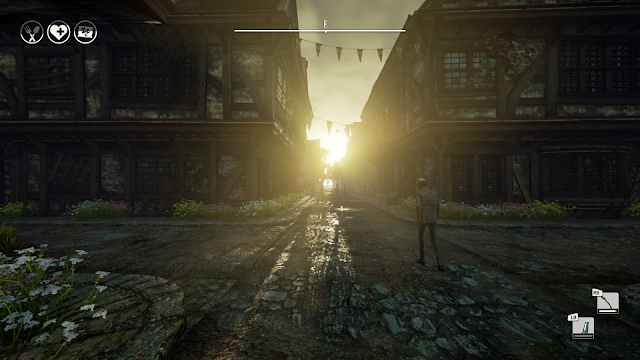 Once that intro is done (which you can choose to skip at the start of the game if you like) the game takes place in 1964, as you start to explore an English town called Wellington Wells. Your goal is to survive, and also explore this somewhat dark yet beautiful looking place. To stay alive you have to hunt down food and water by looking anywhere you can, a thing best done in the daytime, or at least that what the game tells me

Personally, I would say only pick the game up right now as an investment, as later on down the line I'm sure We Happy Few will cost more than the current £23.99 asking price. If you're going into the game expecting to be blown away right away before an update has even been thought about, then you will be in for nothing more than a massive letdown. We Happy Few is just alright in the state it's in currently, but only updates and time will tell if we will get the game we were promised.