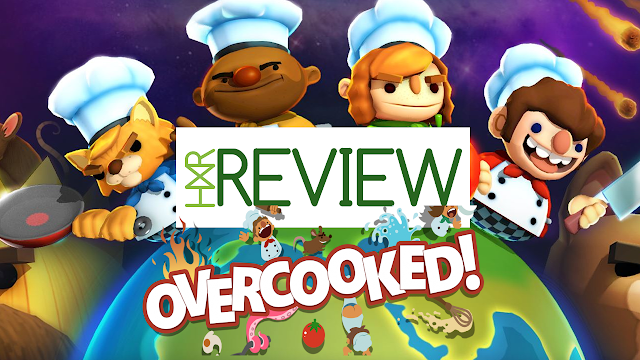 We're now into week two of real-life hell at home right now, which is also known by others in the UK as the time kids have their summer holidays from school. The shouts of boredom and splitting up fights over absolutely nothing is daily life for me right now until September 5th, so anytime I can get one of the kids involved into this love of writing and reviewing I have, while the other does something to keep themselves entertained, is an added bonus right now. The nine-year-old daughter was the guinea pig for this review, so this afternoon we sat down and got playing some Overcooked.

Overcooked is brought to us by the guys & girls at Ghost Town Games, while being published by those Indie lovers over at Team 17. While Overcooked is a game that offers a single-player option for playing it, I will say before this review even gets going, that it's best experienced with more than one player. Tackling the game by myself the first few days the review code came through, I found myself slowly but surely becoming more frustrated the further I got into the campaign. Loading those same levels up with my daughter just a few days later was met with laughter and the most fun I've had on a couch co-op game in a long time.

The campaign has some story about an Onion kingdom being in danger, with your cooking skills being the only thing that can save it. This meant cut-scenes I tended to skip through due to a god awful sound effect that the Onion King makes while his speech bubbles fill the screen. The basic goal of the game is to travel through time and travel to new worlds, all while cooking up culinary treats for diners in some pretty wacky places. I've seen myself cooking fish & chips on an iceberg. Cooking soups on three lorries hurtling down a motorway. Making burgers on a level that splits into two thanks to an earthquake, and all this was in the first three worlds I visited in the campaign that the game offers.

You need to score well in each level to earn a star, score well enough and you might claim all three that the level offers. These stars become more important the more you dig deeper into the campaign as while early on one star may be enough to unlock the next level, you will soon find yourself having to return to older levels to be able to gain access to the later ones. 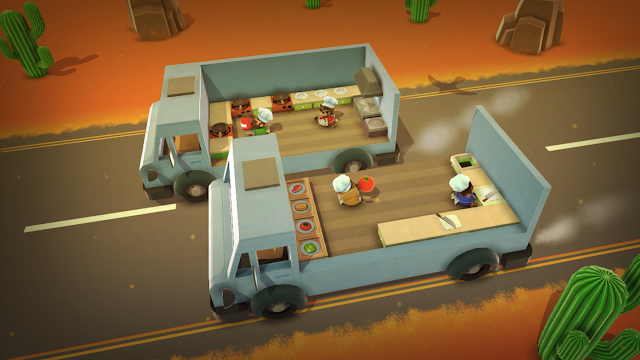 Tackling the game alone the game lets you either split your pad into two to control the two characters on the screen, or you can flick between them by pressing the RB button. While this works out well for the first few levels, it's not long until you get to the point where it just feels wrong to play this way, and the need for a second pad and player is badly needed. Maybe I suck, who knows? I just know the same levels I played with my daughter just minutes before, saw these same levels turning into ones I hated with a passion when playing alone. I guess my daughter made it even more clear to me the next day. Waking up I found her playing the game by herself after enjoying it so much the day before when playing it with me. Turning round to me and saying the words  "Dad, this game is really hard without you playing with me". So yeah, way better when played with other.

The game also has a versus section to it. In this mode you face off against those same couch buddies you just played co-op in the campaign with, as you fight to prepare as much food as you can to score points. Does what it says on the tin and nothing else. 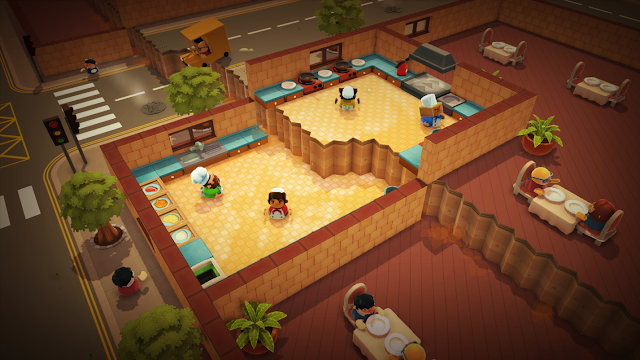 Overall: Overcooked works really well as a game for those who enjoy the whole couch co-op genre, but as a single player experience it doesn't play as well. I had moments of my daughter in fits of laughter while shouting things like "GET OUT MY WAY" and "GET THE BLOOMING SOUP" at her. In single player it was just me shouting at myself and the game, so less smiles and more frowns.

Cons:
Not for those single players out there
Annoying bloody onion voice

You can find Overcooked on the Xbox One store by clicking here.