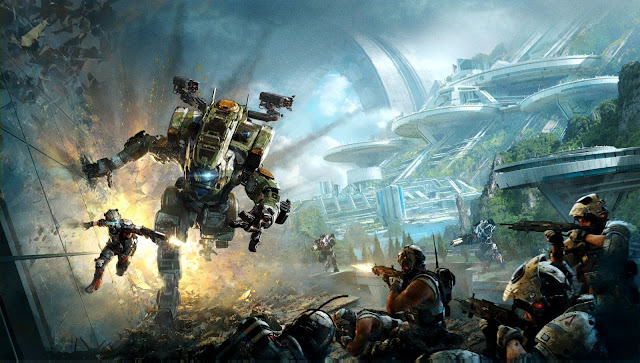 Like many of you out there, my weekend has mostly been spent testing out what Titanfall 2 has to offer, with the first of two planned tech tests starting Friday just gone. We get to play this one until the end of today, and then go again next week when we get to play the whole weekend after Respawn have a little mess about with the game after getting feedback from this current test. While the tech test is exactly that, I've already seen many tweets saying they hate the game, or it sucks after just playing a few games. I felt like this myself to begin with in truth, but stuck with it a little longer just to make 100% sure that those were my actual feelings, and not me just having a baby sore losing fit. It's easy these days to just have a few rubbish games where you suck, and before you know it you're on your social media soapbox to tell everyone you're not happy with losing. Titanfall has always been a game where it takes a little while to come to grips with the underbelly that the game has. Gone are the days where you just run in gung-ho with a gun expecting to take down numerous enemies, as you have to sort of plan out an attack of where you plan to go by using the air and rooftops available to you, more so in games that include titans. 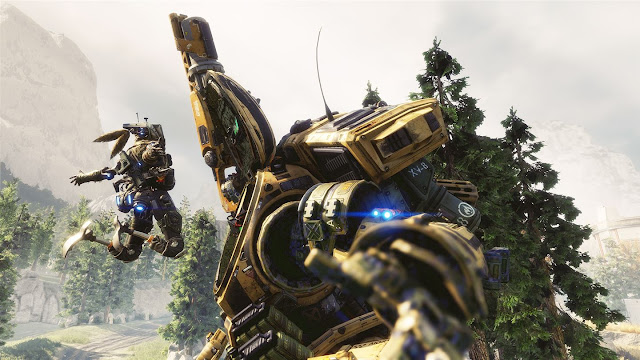 This tech test has three modes available for you to play, with a pilot mode, an amped hardpoint mode, and Bounty hunt. Not really being into that pilot v pilot life, I've found myself sinking most my time into modes that feature the much-loved titan, with hardpoint sort of becoming my most used mode so far.

Bounty hunt was a little bit confusing to begin with if I'm honest. This was all my fault though, as I'll be damned if I'm playing the training the tech test has. I think I've worked it out now as being a kill confirmed like mode, in which you score cash for doing things like taking enemies and titans down, but only collect the cash earned if you deposit your takings in one of three deposit banks around the map when they are available to you. A great mode once you get to grips with it, but a loss is easy to come by when you have people on your team not depositing their winnings.

Like I said, Amped Hardpoint has slowly become my go to mode, as playing it is like getting back on a bike to those who played the previous game. Respawn have also recently tweaked the settings too, so getting your hands on a titan should be much faster and easier to do so now from when the tech test first launched. Three points on the map require your attention, and by locking these down you will secure your team some points. The more you hold, the better chance of victory you have. It's just manic fun as you dash between points A, B, and C, and also dying becomes less annoying, as you're back in the fray before you know it.

While not wanting to judge Titanfall 2 hard on just an early tech test, it's pretty obvious to see that the game itself hasn't really changed that much, and in the places it has been tweaked, it feels like for the worst. For instance the titan. Back in the original game a titan felt like it was a part of you, but in Titanfall 2 I'm not getting the connection I did back then. I can't quite put my finger on why this is the case just yet, but this time, I'm seeing the titan as more of a piece of cannon fodder on the battlefield, where as in the original when I got one dropping down, I knew carnage was about to go down

Like I said earlier, it's easy to hate Titanfall in the early days if you're new to the series, as it still looks to have the same faults that the previous game did. Titanfall has always had a solid base to it, this we know. But after a while playing this does become very boring to play, which we saw when numbers began dropping on the previous game, with even myself not playing it that much anymore. Titanfall 2 needed to address why this was happening and fix it, but going off the tech test that doesn't seem to be the case. Only when the game releases will we know if the numbers playing will drop off once again after playing it for a month or so. For now though, just go enjoy the tech test for what it is, and help Respawn at least give the release a good foundation for those that do decide to pick it up. You might even find yourself dropping a pre-order.