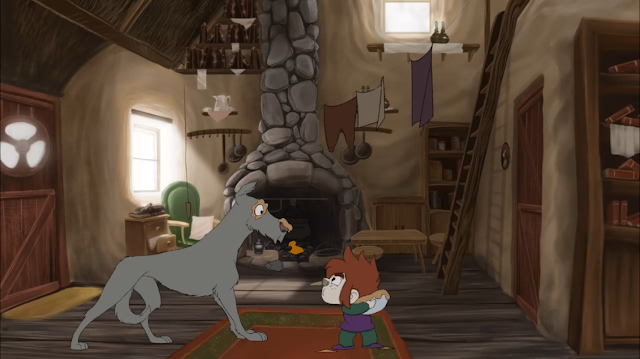 Curve Digital & Pewter Games have only gone and found my damn weakness, that weakness being showing me cute looking video games. The Little Acre is set for a release on a bunch of formats later this year, and sees you go on an adventure set in 1950s Ireland, with you following the story of  two characters called Aidan and his young daughter, Lily. (Take it away press release) "Investigating the sinister disappearance of his father, Aidan finds himself transported to a strange new world populated by bizarre creatures. Things are not helped when young Lily decides that she is going to ‘help’ and encounters her own perils along the way."
Looks stunning doesn't it?  I Will be sure to keep you up to date on this gorgeous lookng project running up to its release.