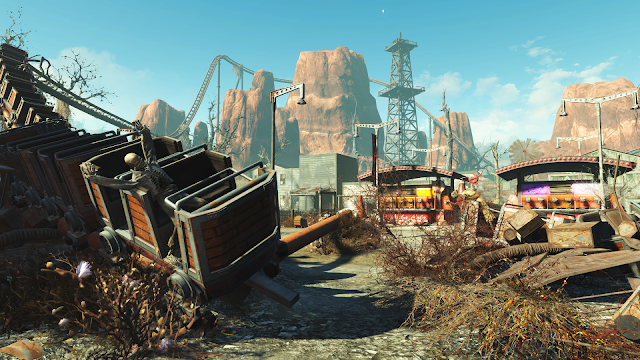 Yet more DLC is coming to Fallout 4, with Nuka-World set to launch on August 30th, and costing just £14.99 for those who want even more fun from a game that already offers a crap load to do in it. I'd love to have played any of the DLC for this game that has already released, but I'm nowhere near finishing the original game, let alone touching more content for it.

"Take a trip to Nuka-World, a vast amusement park now a lawless city of Raiders. Explore an all-new region with an open wasteland and park zones like Safari Adventure, Dry Rock Gulch, Kiddie Kingdom, and the Galactic Zone. Lead lethal gangs of Raiders and use them to conquer settlements, bending the Commonwealth to your will. Nuka-World features new quests, Raiders, weapons, creatures, and more. Enjoy the ride!"