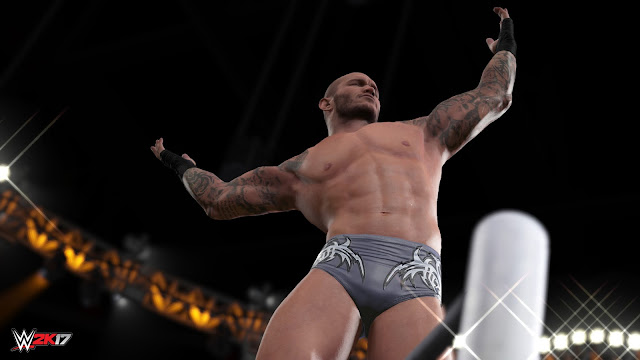 Another week sees a bunch of new wrestlers added to the WWE 2K17 roster, as well as The New Day getting the entrance treatment this time around. In regards to The New Day entrance, I've got to admit I was a little underwhelmed by it all. While the audio for New Day is alright, the lack of any crowd cheers kill it almost instantly for me, but Hopefully this is a lot better when the full game is released. As for the roster, while not really having a shocking inclusion, it did the job of adding more great superstars and legends into an already decent looking roster.

On top of the above entrance, a bunch of B-roll footage was also released showing off some of the brand new backstage brawl mode, the brand new mini-game when grabbing things off the top of a ladder, and the apron powerbomb. I've done my best below to edit this footage into a quick minute video so you could see these bits for yourself. No comms on it sadly, as still have the kids at home, and a wife off work ill, so doing any such thing is a no go at the moment. I wanted you to see the footage for yourself though, rather than just a few words from me telling you about it all.