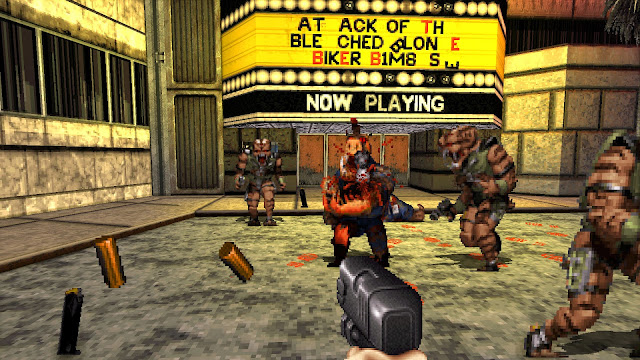 While most of us in the UK were tucked up in bed last night, Gearbox Software only went and officially announced Duke Nukem 3D: 20th Anniversary World Tour for consoles and PC this October. If you're looking for an actual date when the game with the longest name ever will see a release, you can expect it to drop on October 11th in the US, with us in the UK getting it on Oct 12th if the Xbox Store link is to be believed.

The game will contain the 1996 classic Duke Nukem 3D, along with an all new episode featuring 8 new levels to play. You can pre-order it right now from the Xbox Store for £15.99/$19.99 by clicking here. Here are the bullet points from the press release as well as the trailer.