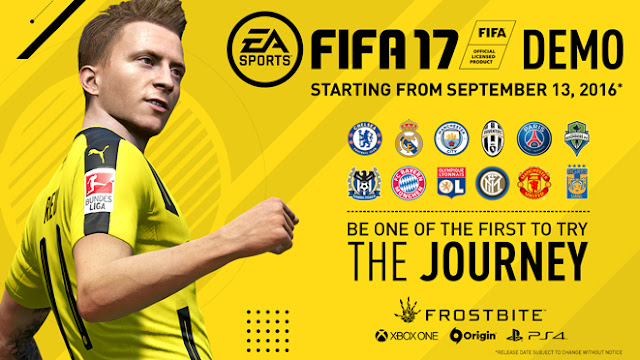 In what has now become a yearly ritual (much like the release of the full game), the demo of the latest FIFA game will be seeing a demo a few weeks before the full release. The demo which is set for release tomorrow (Sep 13th) will offer a bunch of teams, as well as a litle dip into the brand new Journey mode which FIFA will be offering this year (Xbox One, PS4, and PC only). You can also try out a simple kick-off match with one of the 12 teams in one of the three stadiums available in the demo (see list below). Some skill games are on offer too, with the demo offering 4 Single Player Games and 3 of the brand new Multiplayer Skill Games.