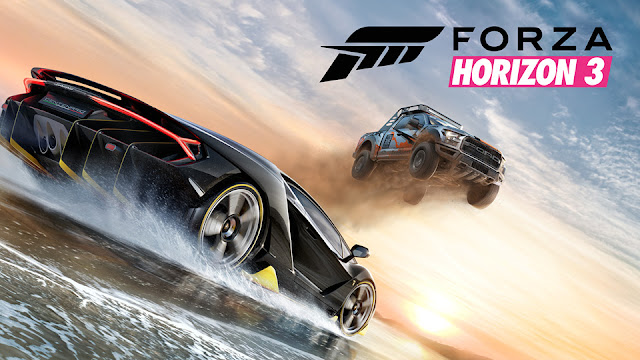 This review actually has a little story to begin with, a story about how little old me was given a helping hand by the head of Xbox, Phil Spencer. Or as he will be known by me from now on, King Phil.

I'm a massive dork on Twitter when it comes to anyone I look up to in this gaming business giving a tweet of mine a retweet or even just replying to me. When it happens, I may seem a calm man when answering them back, but deep inside I'm like an excited little school kid who has just been noticed by his favorite movie star. When writing for Honest Games Reviews a few years ago Phil followed us, and I got chatting with him via DM around E3 one year to see if we could maybe do an interview with him for the site. It nearly happened too. But with us still being classed as a small-time operation, and PR not being for it for whatever reason, it just never happened sadly. 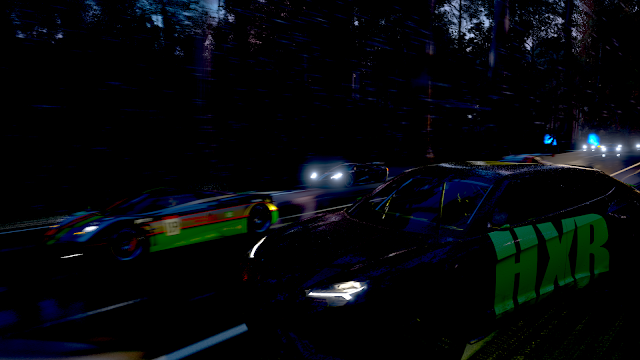 Tweeting him last weekend reminding him of the follow he gave us/me on the Twitter account for HGR, I thought I would tweet asking for a cheeky follow, which he kindly obliged to a few minutes later. Missing out on reviewing Forza H3 due to the UK side of PR for Microsoft running out of review codes, I decided to ask Phil if by any chance he could pass me onto the PR for the game Stateside, who I might have better luck with after Phil putting in a good word for me. I was super surprised when an hour or two later he sent a DM back with a code for the game and nothing else. Putting the code into the Xbox One app on my laptop thinking to myself "did the head of Xbox just sort me out with a code to review Forza?" I was in a state of shock. The first code he sent was already used, but I was just happy in the knowledge that he took time out of his day to just DM me and try and help. Sending a DM back just to let him know it failed he said "I'll send another soon, sorry" and so he did. True to his word, the very next morning the man sent me another DM with a code that worked, so here I am reviewing Forza Horizon 3 thanks to the legend that is King Phil.

King Phil could just have easily ignored the DM from me and gone about his business, but he never. He took time out of his day (on a weekend no less), to help out a small reviewer of his brand, and for that, I will always be thankful. It's not like he did this to score "Internet points" either, as all this was being done privately via DM. The only way you guys are finding out about it all is because of me and my big gob. I will always be grateful for his kindness, so if by chance this post ever gets seen by you King Phil, thank you. 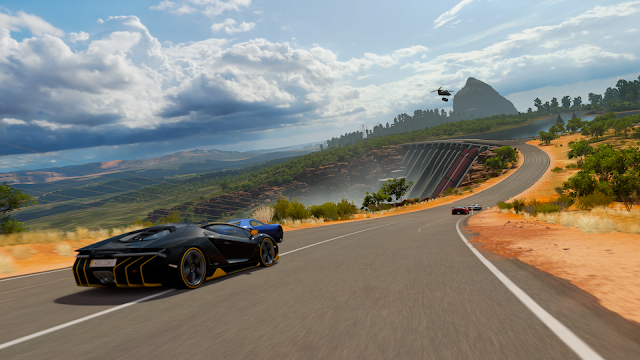 I went into this review already looking forward to playing the game in truth, as the demo made a lot of people(including myself) take notice of the game when they perhaps didn't have plans on picking it up with the busy release schedule we have coming up. I've seen a ton of reviews since the game released acting like Forza Horizon 3 is the greatest game ever made, but behind that gorgeous looking world of Australia, does it dare risk tweaking with anything since Forza Horizon 2?

Forza Horizon 3 is without a doubt, a bloody huge game. I'm typing this review about 15 hours into the game, and even now I still feel like I'm only just beginning to scratch the surface on the value for money the game will offer to me over time. If you're not racing in one of the many races the game has to offer, you will be doing one of the many other things in the game that help make it a mixed bag of delights. Racing against things such as trains in a showcase event. Hunting down hidden barns for new and unique cars to use once restored. Jumping ramps that make you fly high through the air in a portion of the game called danger signs. Ranking up each festival you unlock by gaining fans by completing events, or just trying out some new things via the bucket list. The list in honestly endless once you get going.

Forza Horizon 3 scores a big fat tick in giving the player a bunch of things to do, but the modes above are not even the star of the show, with that medal going to both how the game plays and the glorious Austrailian setting that the guys at Playground Games have put the game in. One minute you're riding around dust-filled roads and hills, to just turning a few corners a minute or so later and being in a downtown setting filled with high rise buildings. You just can't stop yourself being blown away by it all, causing you to hit that pause button over and over again and going to the photo mode and snapping pictures to share. This could work against you too of course, as your online friends will slowly get sick of you trying to be the first world famous photographer of video games. 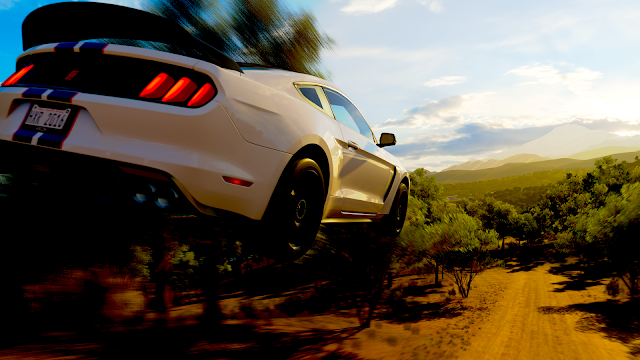 In terms of how the cars handle, then once again Playground Games can tap themselves on the back for a job well done, as you can't help but smile as you fly down a freeway at 200 miles an hour with tunes blaring out from one of the many stations the game has to choose from. A nice little touch is also a two week trial for the MS music format that is Groove a bit later in the game, which even if you tried the free month trial on the console, this offer also works for you. Groove is nothing on Spotify mind you, but at least I could listen to my own taste in terrible music while driving around in the game.

All the time you're driving around you earn XP by doing certain things like driving at high speed, catching air, and drifting, which will earn you a spin of the jackpot wheel, and a chance to earn cash or unlock a new car to add to your collection. With races and events you earn XP and cash that rank up your level, while also giving you fans to help upgrade the festivals and unlock new events. With the cash you can also buy more cars, as well paint them with fancy decals if you have any sort of artistic bone in your body. It won't be long until you have a decent garage and array of cars to choose from, using the tune and upgrade options, making them a speed demon or handle really well. If you suck at things like decals and tuning cars, that's not a problem, as the game allows you to download all of these things from players of the game who are good thankfully. Some of the designs I've seen already have blown my mind, with some making any car you've just bought looking a whole lot better once you put them on. 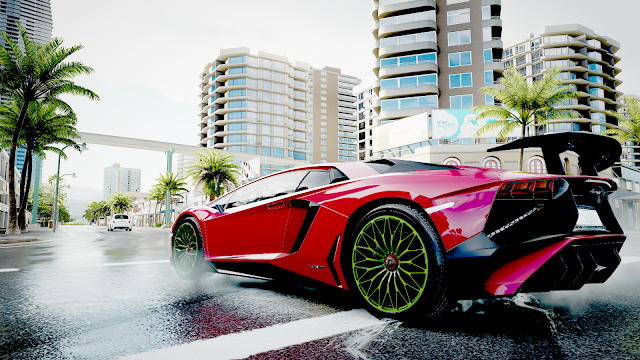 Things I've not even spoken about in this review are things like the decent MP that offers online co-op play, and a bunch of other options that we've enjoyed in Horizon games in the past. The Play Anywhere feature, where if you pick this up as a digital download on your console, you also get the game on your Windows PC/laptop. My laptop sucks mind you, so this is there to never be used by me. Drivatars still being a pain in the ass, but still help make the game feel like an online experience when it isn't. You also get the chance to hire some of your friends drivatars to help you out with the brand new Drivatar Lineup feature, with you earning rewards based on their performance in the Horizon Festival. 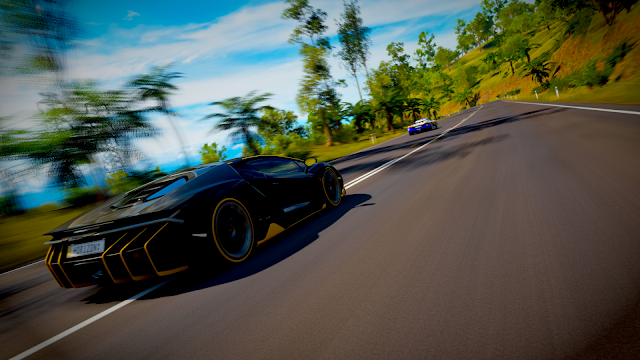 Overall: I tend to waffle on in this wrap-up portion of the review, but just four words are all that are needed this time around. BUY THIS GAME NOW. Playground Games have smashed it out the park with Forza Horizon 3, a game that offers something for everybody. (Insert 9/10 here)
Forza Horizon 3 Microsoft Playground Games Xbox One