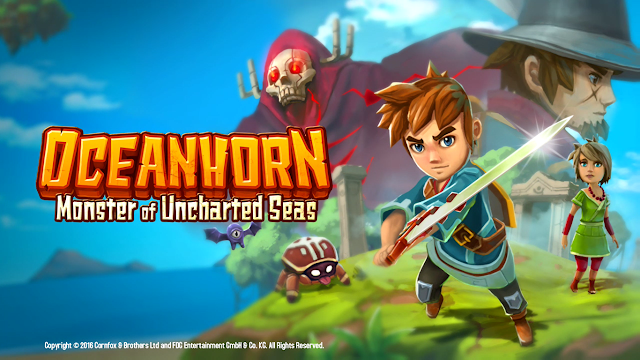 From time to time when doing reviews of games that I would tend to not buy for myself, I get surprised with a little indie gem that blows my mind.  The obvious call of a Zelda clone was easy to see in the image I posted up on Twitter recently (seen below). Not being a Zelda guy in any shape or form though (cue internet hate) that really wasn't the reason I wanted to give this a look.

Up until seeing Oceanhorn: Monster of Uncharted Seas on the coming soon section of the Xbox store just a few weeks ago, I knew nothing about the release at all. I didn't know things like it had released previously on IOS devices and recouped the money it cost to make in just a week. Nor did I know that Final Fantasy composers, Nobuo Uematsu and Kenji Ito, had signed up to compose music for it. That last one still means nothing to me in all honesty, but I know you FF nerds out there might want to know such information ;) I sit here typing this review to you 14 hours into my time with the game now, more than ready to share my thoughts on a game that might surprise a few. 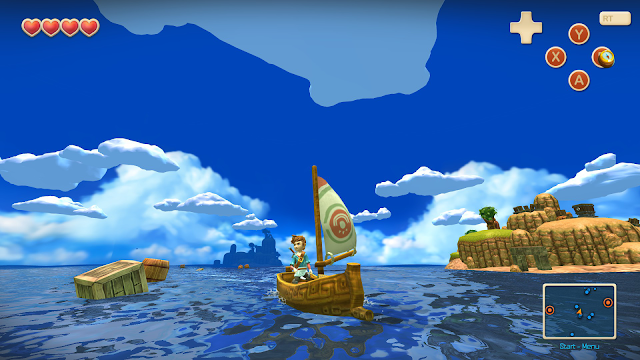 Oceanhorn: Monster of Uncharted Seas in an action/adventure game in which you play the role of a young boy who is on a quest to find his Father. You see, the game kicks off with his Father leaving him a note while he sleeps, telling his motherless son that he is off to tackle a beast called Oceanhorn. From this moment on you're left to fend for yourself. Traveling to new and intresting islands, hunting down emblems, finding new items and powers, and many other things like fishing along your journey. 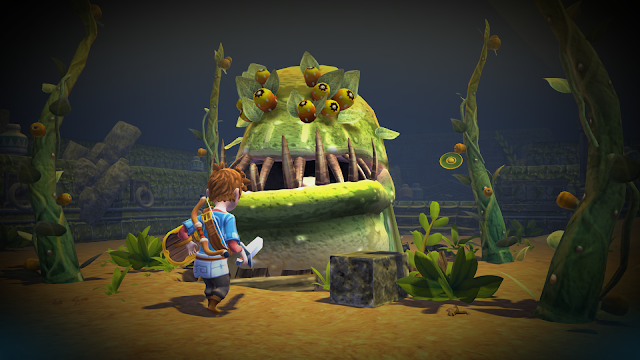 Like I said at the start of this review, my game time now sits around the 14 hour mark, with some of that admittidly being moments of me being stumped and not really knowing what to do next at some parts of my playthrough. Thankfully, this is perhaps the only downside to Oceanhorn that I can think of with my whole time with it. Sure the game has a log book in the menus that lets you scroll through flashbacks and previous text, but it doesn't do that good of a job in telling you what is needed next or where you need to go. You will at times need a certain item or power to be able to move past certain areas, but I had moments where the game just gave an inch information and nothing else in what I needed to do to move on in my journey. While this does make it rewarding when finishing whatever quest it is to move on, it can at times lead you having to travel far and wide for no other reason but to gain and item or power you need to progress. When it's not obvious which island you need to visit to find, it can become tiresome and annoying and make you feel like turning it off.

While 80% of the game is about exploring these islands and growing as a character, you will also come across enemies and a few bosses along the way. Nothing to hard though, as a simple slash with your sword or a quick use of one of your special powers will soon see these defeated, while also dropping you some cash to spend at a shop and some XP for your troubles.

In terms of sound and graphics for the game, I really loved all of it. The music reminded me of those classic games as a kid that all the cool ones would play (Zelda included), with the look and feel of a welcoming cartoon. I found myself on numerous occasions just sucked into the game deeply with afternoon and night time gaming periods just flying by. Nearing the end of my journey, I'm also in the mindset now of I sort of don't want it to end, as it's been a while since a game like this has captured my attention and made me want to play it whenever I load up my One. 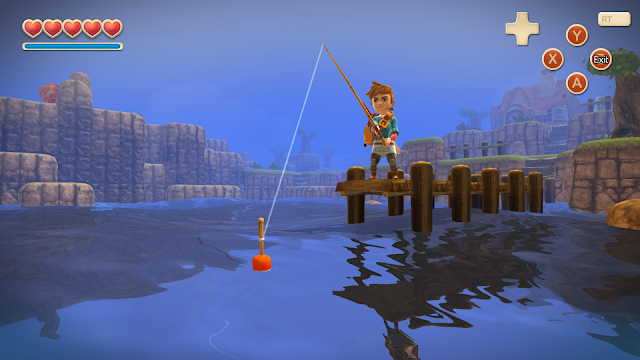 Overall: While having the one issue with the game, I'd have to say this has easily been one of the better smaller released games of the year so far. Costing just £11.99 to go and buy this is an absolute steal, with it offering fantastic value and experience to boot. Apart from the few moments of not really knowing what to do next to progress, when the game was flowing  I found myself being totally lost in all it had to offer me. Go buy it now.