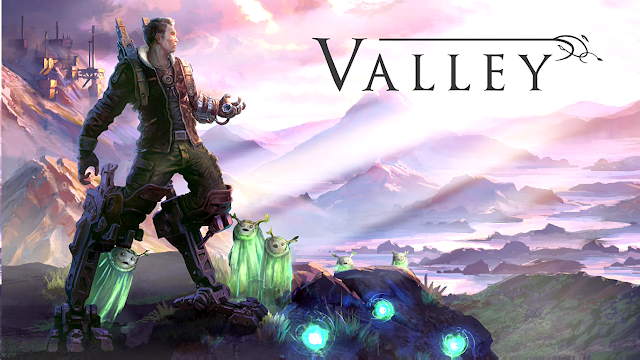 You will see a trend growing over the next few reviews on the site, that trend being me not really knowing that much about the game going into the review. After six weeks of summer holidays here in the UK, I got to a point where I seemed to miss any smaller announcements of games at the lower end of the price bracket on the Xbox One, with me only catching clips of games either via YouTube and Twitter. Valley was a game I first saw after leaving YouTube to play to itself one night, with me waking up from a midnight power nap to a guy talking about something with it playing in the background to one of his videos. Fast forward a few weeks and I saw a tweet saying a game that looked like the game I saw was coming to the Xbox One, turns out it was the same blooming game. 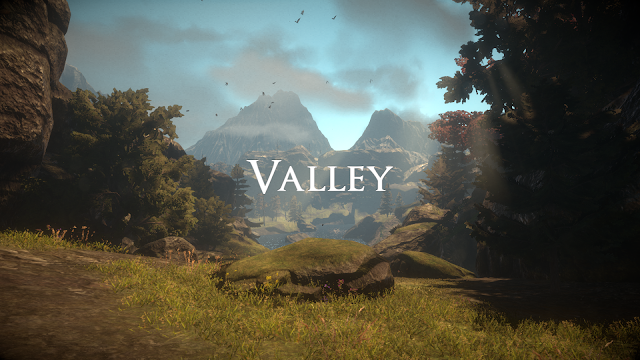 Valley is billed as first-person adventure game, but my summing up of it being more like being told a story while running on a treadmill with beautiful views sells it way better I think.

You begin the game hearing a phone call message from a close friend, who tells you to be careful on your adventure to the Rocky mountains in your quest to find something known as the lightseed. As goes in every video game ever throughout history, this of course doesn't go quite to plan. You awake to find your canoe broken into pieces in a cave opening, with the story unraveling as you explore this place deeper upon finding a special exoskeleton suit known in the game as a L.E.A.F suit. This suit gives you both the speed and agility of a gazelle, with the deeper you dig, the stronger you find yourself becoming. The further you go the more the story is told too, one I will leave you to enjoy for yourself. I will say though that the story is a bit slow-moving to begin with, but near the end it does go up a notch, making the game having a thrilling action-packed ending to it.

It's not all speed in Valley though, as there are also times in the game where you need to have a look around, and not just hold down the LT button to sprint constantly. Double jumps, swinging, and also a little wall walking take place near the end of the game, mixing things up enough to stop it feeling like you're doing the same thing throughout. 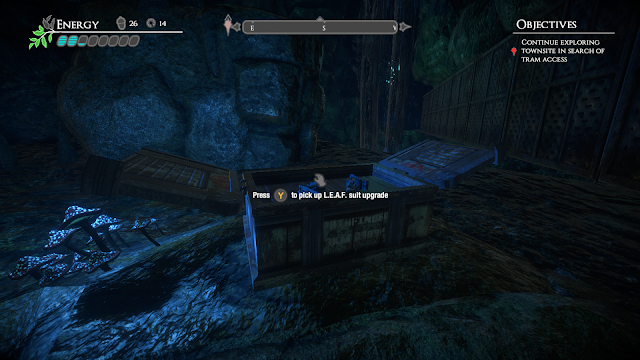 The story is there for those that enjoy such a thing, but the guy who just wants to be that previously mentioned gazelle is catered for too, and not punished at all by getting enjoyment in ignoring it all by shouting "weeeee" as he/she leaps through the air. You also have a few enemies and boss of sorts to take down as you play through the game. These are nothing too hard though, and with a few shots of the energy bar you have stored, they will soon be out of your way.

Life breeds life in this game, so a quest of yours is to also keep the valley alive by bringing certain things back to life. Dying takes away a portion of the life from the valley, which only really happens when you get killed by one of the few enemies or by landing in deep water in the game. If this valley life bar empties completely it's game over, well that's how I saw it anyway, but I never found myself actually getting to that point through the whole of the game. You can fill this valley meter back up by using energy which is scattered all over the place throughout the game. Not only does this fill up your own health bar and allow you to use the powers you have, but you can also bring trees and wildlife back to life, which in turn fills the valley meter back up and stops the chance of it being game over 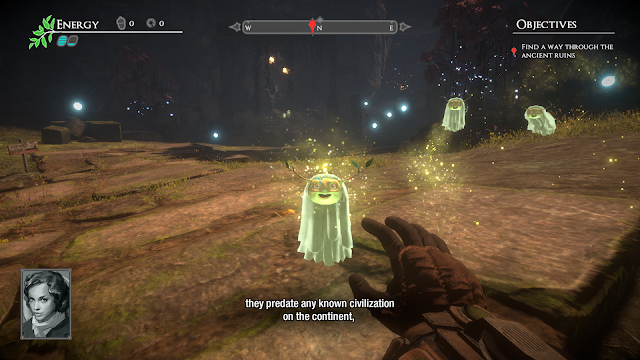 Exploring the game, it looks and sounds glorious, with moments of intense orchestral music kicking in superbly on one section with you racing through tunnels on energy lighted tracks filled with gigantic leaps from one section to the next. lWhen you're on the outside portions of Valley you can't help but look around and take in the view and enjoy it too, which is also broken up really well by taking you underground in sections throughout the game.

Overall: I guess the only downside to Valley was the size of it, with the story of the game over for me in just under 6 hours, and that's with me having a wonder round every now and then. Other than that, Valley just came across as alright for me. It didn't excite me to the point where I feel the need to scream to you guys to go get it now, but I also don't have any reason not for you to go check it out. It's something different at this current time but it's also short-lived too.

Cons
Short
Jumping back into a game does not save it where you left off. This at times sees you having to re-run a previous section to get to the part of the Valley that you need to be.