Microsoft Announce Yet Another Xbox One S Bundle, This Time With Added Blocks 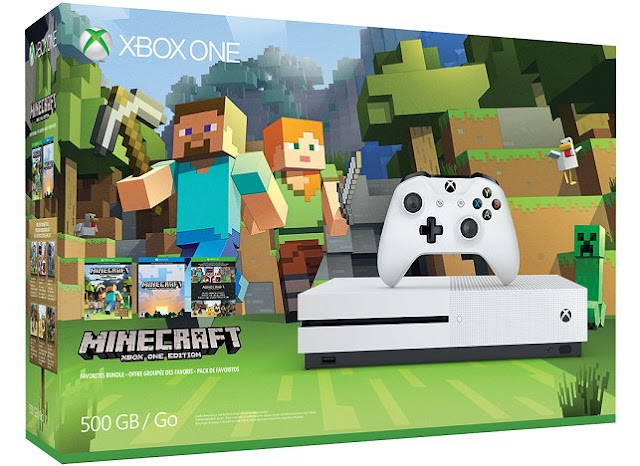 Do you have kids who love Minecraft? Have those same 360 playing kids been bothering you for a Xbox One off Santa later this year? Well, today Microsoft have announced yet another Xbox One S Bundle, with the Xbox One S 500GB Minecraft Favourites Bundle coming to stores on October 21st, and will cost around £249.99 here in the UK at numerous online stores. This bundle is already available in the United States and Canada for $299.99, with a release in Australia & New Zealand on Nov 1st. This bundle includes all of the following.

•       Xbox One S console (500 GB) with built-in 4K Ultra HD Blu-ray player, and 4K video streaming plus HDR for video and gaming – so you can experience richer, more luminous colours.