Who's Next? Asks The Brand New Gameplay Trailer For WWE 2K17 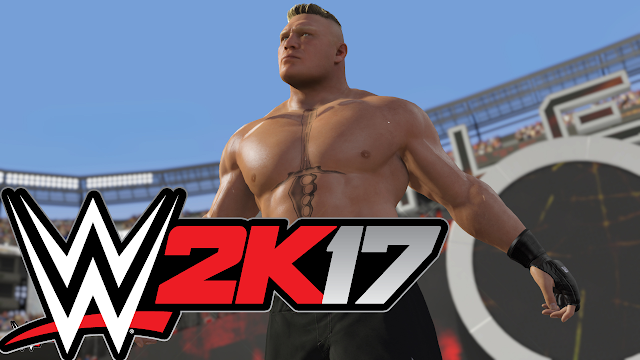 A brand new trailer for WWE 2K17 has dropped for us wrestling fans, with old P Diddy giving us a bit of Bad Boy for life as the background music for it. Showing off a ton of backstage and in-ring footage,  the game looks to be absolutely blooming glorioussssss (said in my best Bobby Roode intro music voice). WWE 2K17 is set for release October 11th.

Is Your Xbox One Now TV App Not Working? Check Out This Simple Fix

June 27, 2016
Over the last week or so, if you're anything like me you've been pulling your hair out trying to get your Now TV app to load up and not had much success. Like me you've been met with nothing but an error code and a timed out screen, and no real help on how to fix it.
I'm sure you've tried to reinstall the app, hard reset your console, the lot. Like I said I've been there, so was bloody annoyed to find out how easy it is to get the app to work, which I did so for the first time this very morning by doing the below trick.

Before I pass on this nugget of information, just so you know MS and the guys behind NOW TV are aware of the issue and are working on a fix. Use this trick for now though so you can get use of the passes you have paid for with your hard earned cash.

Step one: Turn on your console and sign out of your Xbox Live account.
Step Two: Go to the Now TV app and try starting it up like you normally would
Step Three: Watch as it finally gets past the logo s…
1 comment
Read more

January 11, 2019
Crayola Scoot was one of those games I went into knowing what to expect. This after watching many preview videos who all seemingly found it hard not to mention a Tony Hawk's games while showing what it offered. Kinda like when you see a new top-down-racer and have to hold in games like Micro Machines, or a new fighting game and end up dropping Mortal Kombat or Street Fighter in the mix. We all do it, and half the time the actual gameplay doesn't come anywhere close to the classic games we mention. Deep down inside I knew this would be the case when loading up Crayola Scoot for myself, but I had to see it with my own eyes of course, as I'm not afraid of ever being proved wrong. Sure enough, the only similarities to this and a Tony Hawk game are the fact you ride on a thing with wheels around areas and perform tricks, and that boys and girls is where it ends.

Crayola Scoot goes for the bright and colourful world seen in games such as Splatoon, with the game certainly aimed …
1 comment
Read more