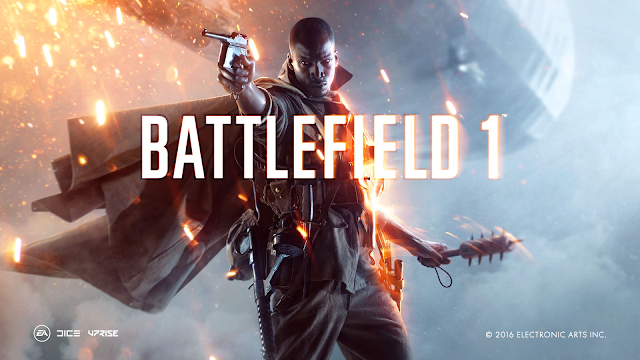 As gamers, we are currently experiencing a period of time where we're being spoilt for choice when it comes to what shooty bang bang game deserves both our time and money. Gears, Battlefield, Titanfall 2 this week, then COD in November (this only just got into this list after a lacklustre beta), I don't think we've seen a period of time before where we've had such a bumper packed few weeks of gun related shenanigans.

I went into to playing Battlefield 1 last week while typing up the Mafia III review for the site, which saw me returning back this week with some worry, after the quick dip into the campaign just to check it out left me feeling like maybe BF1 wasn't going to be for me this year. I consider myself half decent with a digital gun in most shooters, but found death was a major issue for me even when facing the AI offline enemies when taking a look at the campaign, so I feared that the sharks online (read snipers hiding behind rocks) were bound to smell blood and make the game a very frustrating experience.Turns out what I thought was a normal playthrough on the campaign was actually where I had put it on hard difficulty by accident, so once I knocked it back down to the normal setting both normality and my greatness returned allowing me to crack on and enjoy it. 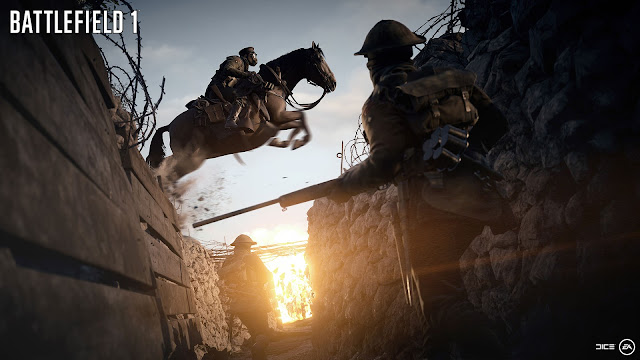 While everyone tends to buy the big shooters like BF1 for the long living multiplayer portion, I always look forward to what offline adventures these games offer, as I love nothing more that a good set piece that feels like I'm taking part in a blockbuster movie. BF1 offers this in something called War Stories, a campaign which is set over six (five really, as one plays more like an intro into it all) different stories in which you play the role of a handful of different people. These stories let you do things such as being the driver of a tank and also taking to the sky, with some being better than others in all honesty, with the plane one being my personal favourite. 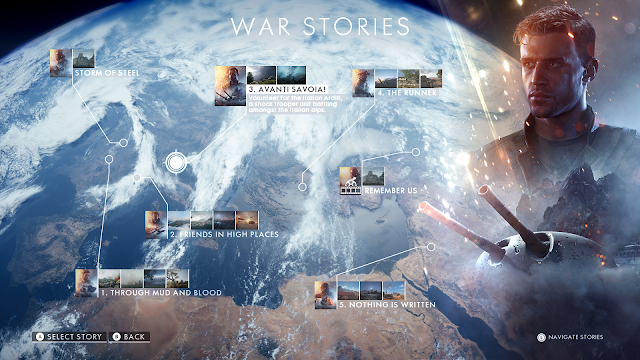 While these chapters are fun and enjoyable when playing through them, the shortness of them all makes the whole campaign a throwaway experience, with each story over within a few chapters. It's because of the shortness that you don't have the time to find yourself investing anything in the characters that you take control of or play alongside. I also came out after playing these stories feeling like they were nothing more than a decent bite-sized tutorial system for new players who plan on taking the game online. Some great moments in some of them mind you, so definitely worth checking out.

The War Stories also have a few things for you to hunt or earn as you play through the levels, with field manuals (63 of these) hidden in each level, and also codex entries (53 of these) to earn when completing certain challenges within that level. While the codex entries are easy to access via the main menu and read once you have them, the manuals you collect on the other hand don't seem to actually do anything of merit. But I've been known to miss obvious things in the past before, so knowing me I would bet my life that I've missed these in a menu or unlock portion somewhere.

Now the Multiplayer, which as I said earlier in the review is the mode that many look at for the replay value in games like this. In the past I've tended to suck a Battlefield games thanks to people just being way better than me....well apart from that time I wasn't too bad at BF Hardline. My noob skills are still a thing on BF1 sadly, yet I'm finding myself enjoying this portion of the game as I'm typing this up.

Yes, those annoying guys/girls with snipers are still going to drive you bloody nuts when all you want to do is spawn and get into the action. But when these players are aiming down their sights at other players though or are few and far between, you can't help but find yourself grinning from ear to ear, as you mow down enemies with your running bayonet screaming like a man on fire. Sure my K/D ratio is a shocking site to behold for those that take any notice to that sort of thing, but I'm having fun. And as long as that's the case the more it makes me want to keep coming back.

Modes in BF1 see some new ones alongside some old favourites. Conquest, Rush, Domination, and Team Deathmatch sit alongside two new modes in War pigeons and Operations, with them all offering that standard Battlefield experience that you love or hate. I've found myself spending more time with Operations (a mode in which you are trying to and TDM in all truth, with Operations throwing some memorable moments at me already such as me sitting on an airship gun turret trying my best to take out incoming planes coming at me from every direction. It's moments like this that make Battlefield stand out above any other shooter out there. Moments where as a player your jaw is touching the floor with what you are doing in a videogame. For that split second your brain can't take in what's going on around you and above you.......well, that's before previously mentioned dick sniper guy stops that special moment instantly by killing you while hiding behind a rock

The classes we all know are back too, so do they really need explaining? Assault, support, medic, and Scout are the ones to choose from, with new guns available when buying them with currency you earn by simply playing the game. Certain elite classes make an appearance too, with a mad dash to claim it with teammates when they do. These elites offer a class that gives you a flamethrower, one where you're like a walking tank, and another which offers a grenade like gun that can wipe out enemy vehicles with ease. I'm yet to get my hands on any of these with the hours I've put in, but from videos I've seen (click here to see) they look something that will be fun to get a hold of. 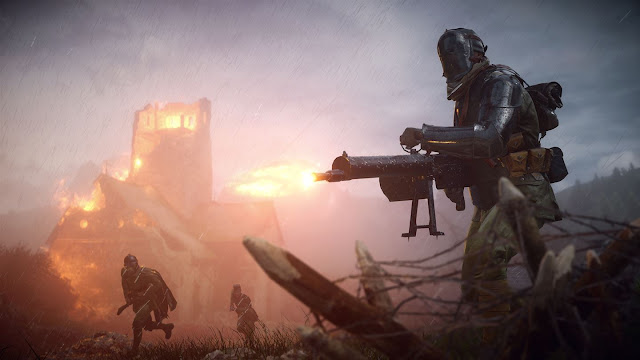 Overall: Battlefield 1 is an unbelievable gaming experience, offering up a decent experience offline with bucket loads more when taking it online. Just standing still in the middle of an online match to see airships and planes filling the sky, with grenades and gunfire going off around you in a true spectacle that you have to witness. That feeling of joy you get as you mow down that sniper in a plane drive-by will never get old either.