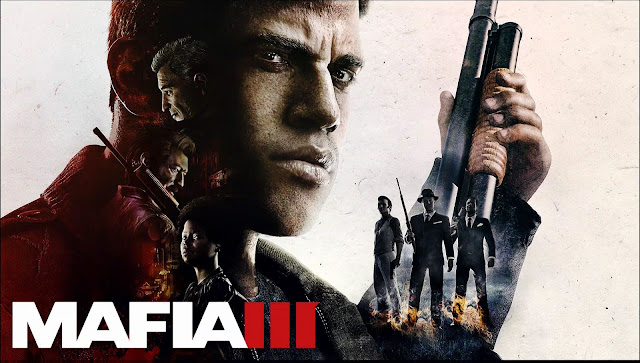 If you follow me on social media or have seen some of the posts on this site leading up to the release of this game, you will know that I was dying to get my hands on this the closer the release got. Being a massive fan of Mafia II (Massive meaning I remember having a good time when playing it back then), I was hoping for more of the same with some present day graphics for Mafia III. Leading up to this release we saw many media outlets not getting any review copies for launch day reviews, with my copy not turning up in the post until Oct 13th. Hearing horror stories about the game up until then, I was worried that Mafia III would be the big letdown for me this year.

You play Mafia III as former Vietnam Veteran, Lincoln Clay,  with the game set in the city of New Bordeaux (a reimagined version of New Orleans) in 1968. With Lincoln coming back to become a part of the black mob, he soon finds himself on the wrong side of some right wrong uns, with him being left for dead and the people he considered family being murdered in front of him. With Lincoln somehow surviving a bullet to the head, the plot of a man out for revenge soon begins.

The story is just one highlight of Mafia III, with the setting, the characters, and also the music being the places where the game stands out the most. The cutscenes that the game has and also the city itself were a pleasure to watch and also drive around in at times, with night being the best time of day to just explore and have a drive around. The game sadly isn't perfect when it comes to looks all of the time mind you. Playing for the last week or so now, I'm still finding the game is let down by the city sky when it comes to the daytime. At times the sky was so bright it felt like my eyes were looking directly at the sun when driving, just look at the below image to see what I mean. It's a shame that this even needs talking about, as surely the game went through bug testing, so how it got through that I will never know. 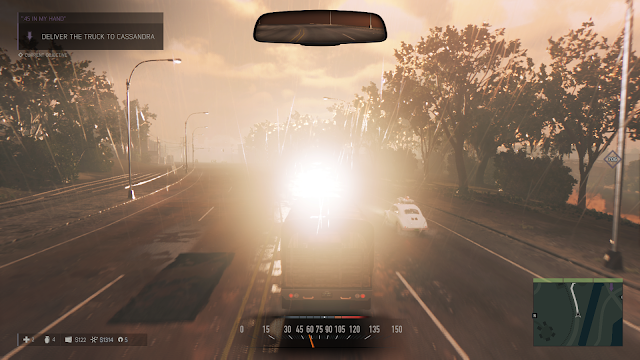 Story progression has also been taking a knock in other reviews too, with you taking down rackets, which you then hand over to one of your associates once taking down the main boss (nothing special, just a guy who hides in a hard to reach place behind smaller goons) for a nice little perk. This sounds an awesome concept on paper, but once again is let down in the game with each racket and boss not really differing from the last as you dig deeper into these rackets and missions. While the things you're after may be a little different from the last one, the end scene/end goal is always the same no matter what.

Optional stuff for you to do away from the main story missions is here too, with optional side missions, magazines, and paintings to find around the world and take you away from these rackets for a little bit. If you're the type of guy who loves to 100% things, this is going to boost the replay value of the game massively, while also letting you look at nude women.......if you like that sort of thing. 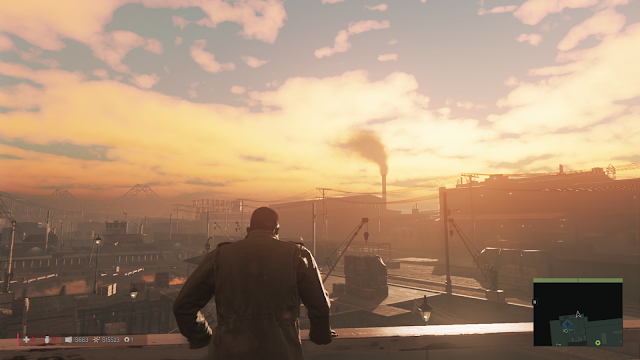 Combat is also a bit hit and miss too, with a mixture of stealth and hand/gun combat being the way to take down any enemies. The gun combat has a Gears Of War feel about it, with walls and cover being your best friend when you find yourself facing numerous guys with shotguns and pistols. Hand combat can be a mixed bag mind you, with moments of it being great, but other times finding yourself wailing your arms in the air as you try your best to connect with a guy trying his best to shoot your face off after running out of bullets. It helped in my case then that the AI was pretty dumb, as they would happily just look at me in wonder as I punched the wall behind them after a failed attack, giving me a chance to take a moment and let me reconnect my fist with their face.

In terms of car control (a place you will be spending most of you time in the game), once I had got used to how heavy cars were they were all was fine and dandy, with no real issues here other than the sunshine issue we spoke about earlier. I can't really say that the cars I've chosen to use so far have felt different in any way unless we're talking going from a car to a truck of course, with each car being more of a visual change, rather than one packing more of a punch when it comes to speed and what not. The only way I can see cars getting any better are via perks you earn from certain associates along the way when giving them rackets, with things such as suspension, armour, and bulletproof tires to name just a few of the upgrades available.

All perks can be found in the same place, which is via a handy arms dealer who you can call to replenish health and ammo early in the game. He also has upgrades for Lincoln (more health and so on), but much like the car upgrades these are only unlocked when earning them via an associate.

The same place you get a hold of this arms dealer also offers a few more little things the more time you put in. A handy car calling service. A money pickup service, if you feel like the cash you have on you is too risky to have you before going into a gun fight, this will be taken and stored for you. A hit squad who cost a chunk of cash to go help you clear out whatever place you are off to attack next. And then just stuff like calling the police off you or cutting phone lines. 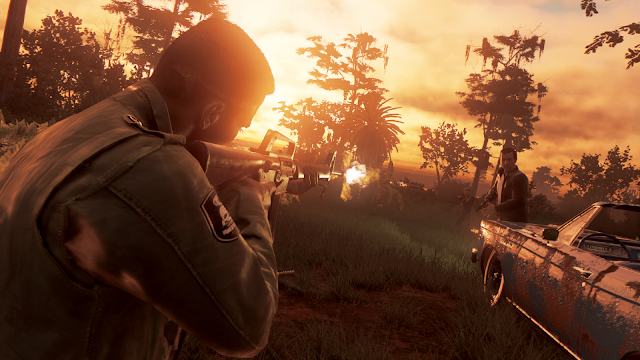 Overall: Mafia III has been a hard one to judge in determining if it's worth your time or not. While I can see that playing it for big chunks of time may see things getting a little bit repetitive, I've actually enjoyed myself with the time I've spent with it so far. The story, setting, and the music are superb. With the only letdown like the review said early on being that of the game certainly needing a patch sooner rather than later to fix the few niggles that it has.

Cons
What the hell is that sky all about?
Needing to be played in small batches to stop repetitiveness kicking in