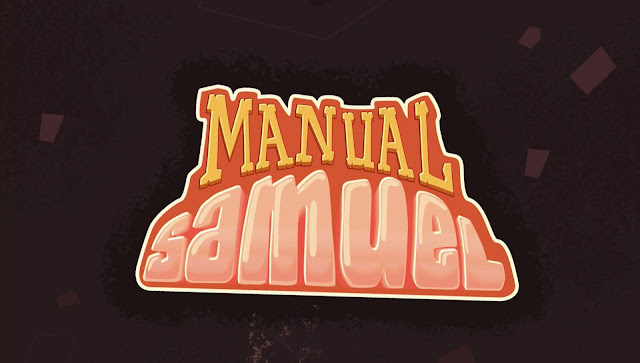 Thanks to the Russ over at Xbox Gamer Reviews doing a preview video for this that I happened to catch one evening, it tickled me enough to reach out to the guys handling reviews to say, hey, I want to type some words on this Manual Samuel too. What with the period we are now in with video games seemingly having a massive hit coming out every week, it's going to be easy to overlook this when it releases on October 14th for those of us on an Xbox One (PS4 Players get it Oct 11th). 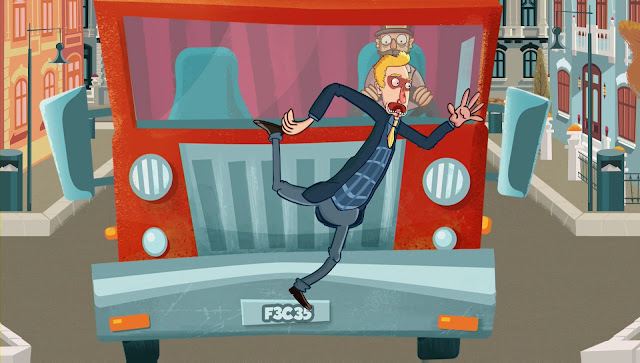 So what is Manual Samuel?  Well picture the gaming equivalent of you tapping your head while rubbing your belly, as Manual Samuel sees you take control of a man named Samuel (you don't say), who after an accident with a sewage truck and a deal with the Grim Reaper sees him losing control of all things we take for granted on a daily basis. Over your time with the game you will have full control of Samuel's body, that means breathing, blinking, putting his spine back in the right place, and most importantly, walking. The goal is lasting a day having to do this stuff that your body would normally take care of, succeed and old Grim will bring you back full time to the land of the living.

The first thing that attracted me to wanting to play Manual Samuel was the humour that the game has, as yes, I'm a big kid who finds stupid things funny like a man falling down some stairs. You get a taste of the humour that will unfold in the above video, but I have to admit in the four/five hours I've spent with the game, it did begin to drag out the same jokes over and over again. Sure it made me chuckle here and there when playing, but there was also times where repeated speech when doing stuff wrong also made me want to reach for the off button, so it walks a very fine line at times as you work your way through.

In terms of how the control system plays out as you go through the game, things can get a bit too much as it goes on if I'm honest with you. Not only are you having to worry about blinking and breathing constantly, but on certain levels you're also expected to hold down LB to hold a keycard, while also using LT and RT to work your legs. Because of this it stops being fun for a short time, as anger sets in as you forget what button controls what body part as they are thrown at you rapidly. Add in levels when you must drive a car or are given weapons, and it can become a bit overwhelming. 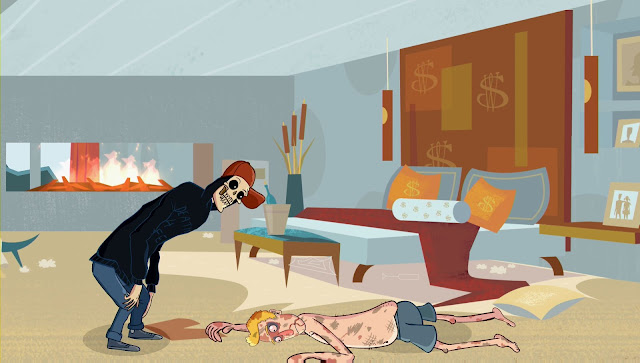 Overall: Manual Samuel at times can be a fun little game, but more than not the confusing control system stopped the fun from carrying on.The story the game has is told well, but you do reach a point where hearing the word faeces or losing your footing just stops being funny anymore. Also, the time this game is releasing is either super ballsy or a massive error, with games such as Gears 4 and Mafia III set to take up most of our time and money. Enjoyable, but a little repetitive, are the words that sum up my time with the game I guess.
Manual Samuel