I took a punt for a small review on the site a couple of weeks ago, with me reaching out to the guys at Jackbox for a review on their latest party pack for the Xbox One. I previously picked up one of their games in Quiplash in an Xbox One digital sale not so long ago, and with a sequel for that included in this latest pack, I thought why not after having some fun streaming it back when I got it.

Jackbox Party Pack 3 offers five games in total, with most needing online streaming for others to join in, or at least some people in the same room with you with access to a smartphone or tablet to enjoy them. While it offers a great time, I'd certainly say it's a game more for the teenage/immature market, as without having a bit of childishness inside you, the game is going to do nothing for you at all. Streamers who have a decent following will find this game a great way of interacting with followers too, but if your numbers are low expect to be sitting there all lonely, with the pack having just one game with a 1-player option.

To play the game all you need to do is pick your game of choice then everyone who wants to play with you load up the jackbox.tv website and enter the code on your screen to join in on your chosen device. It kind of begs the question as to why not save money and just play the game by going to Twitch and joining someone who has the game already, unless you want Xbox achievements of course. 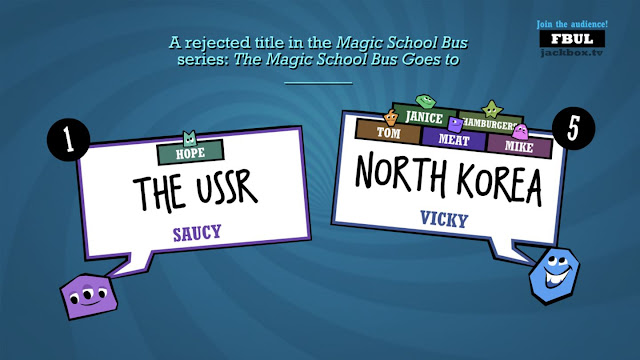 Five games that feature in the pack are,

Quiplash 2: 3-8 Players
More of the same of the first game, in which you must type in funny answers to the questions asked, with other players picking out the best answers when shown on screen. Highest score after a set amount of rounds wins the game. One of the better games in the bunch for me, and one you should at least give at look at over at Twitch if you fancy seeing it in action.

Trivia Murder Party: 1-8 Players
The one game that allows you to jump in and play by yourself. Get asked trivia questions, with each wrong answer taking those players to a mode called The Killing floor. These mini-games as such are such games as maths, spell a big word using a grid of letters, to silly ones like the wheel of death (high chance of game over), or chopping a finger off (makes less answers appear, therefore making it a little easier with less answers to pick from. Alright this one, but can be a little short if you're not up on your general knowledge like me.

Tee K.O: 3-8 Players
Write some slogans and draw some pictures on your device, with yourself and other players then being given the choice of mixing the slogans and images from all players. These shirts then go through a voting process, with one shirt coming out the true champion.

Fakin’ It: 3-6 Players
The one game I had issues playing all together, as it doesn't suit the stream setting at all, and I just don't have two other people at hand to play it around the house. Because of this I just haven't been able to play it.

Guesspionage: 2-8 players
Perhaps my favourite game in the whole pack, as it less about being silly, and more about just trying to guess the right percentage of the question asked. You get asked a question in which you must try your best to get as close as you can to what % it has. As long as you get within 30% of the correct answer you will score something, but with other players guessing higher or lower too they also have a chance of scoring points too. The final round ends with a top three list in which you must pick from a bunch of answers in what scored the most percent to make to top that list. Loved playing this with the Wife. 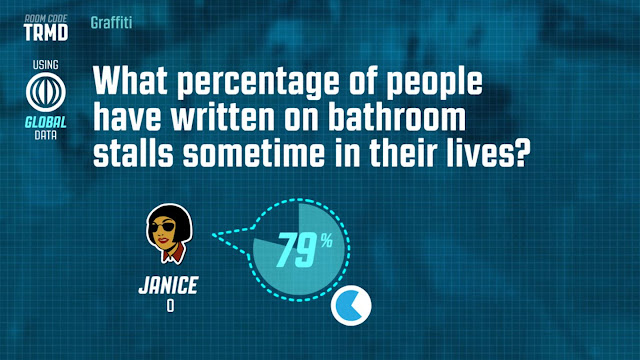 Overall: Like I said earlier in this review, it does beg the question why pay for this when there are so many streams of the game that you can join in with on Twitch and other places. Games such as Quiplash and Guesspionage will be fun at this time of year, but after that it might just sit on your console doing nothing.