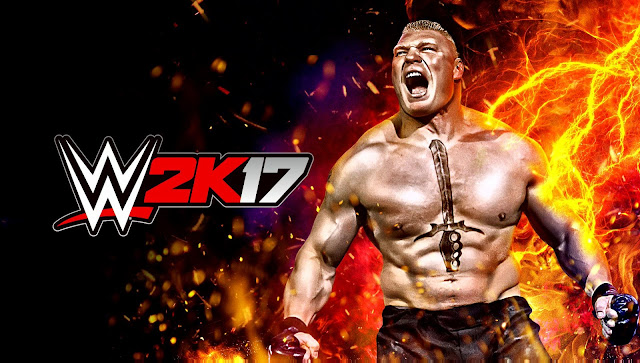 Every year I tell myself to not go into the latest WWE game expecting that much from it but every year I can't help myself. Every year I also have to type out the same intro for this review too, one where I feel the need to defend myself for my love at what outsiders see as a man who loves to watch other men with muscles fondle each other in a ring covered in baby oil. Go and watch the Hell in a Cell pay per view match from 1998, where the iconic Undertaker Faced Mankind, and then tell me I'm a fan because of buff men covered in oil. Which by the way isn't even a thing anymore, as it's now all about a Unicorn strapped to your head that in no way looks like a special male area on your forehead (see image below).

The WWE 2K series has had an alright couple of years with their last few releases, with 2K16 being one I enjoyed the most the more time went on with it in my collection. Lacking my much-loved Showcase mode this year in 2K17, the promise of that effort going into to other modes surely meant things like My Career and My Universe would see a big improvement on the alright offerings of previous games. Well that the was the promise in the blog post that revealed that the mode would be a no-show this time around at least.

Loading up 2K17 or the first time and playing a quick play match via the numerous options available, I've got to say that without reading up on the tweaks that have been added into 2K17 everything feels very similar. 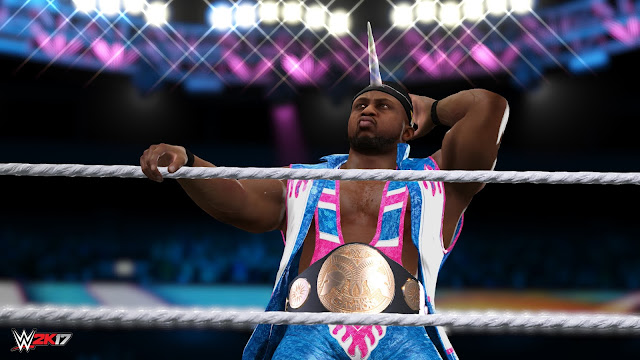 My Career was always the mode that I've found myself sinking the most time into after the fabulous showcase mode in previous games, with the chance of taking your created guy all the way to the top in the WWE. This year it has a seen a few new things added, with the biggest one being that of a promo system now being in the game in which you can cut a promo at any time you want when the show you're on has a spot that allows it. Given four choices to choose from you must try to entertain the crowd with what random sentences you can put together out the mixed bunch on offer, with the hope you come out at the end of it pleasing the crowd enough. If you're anything like me though this will mean clicking the wrong promo piece even though the first few words look to cover what you hoped it would be about. It's a cool new idea I will give it that, but you can see while using it, it's still has a long way to go before becoming something that is a game changer in the series.

In terms of everything else, sadly career still becomes that dull slog that we saw last year, with just nothing happening for big chunks of time, no matter how many matches or great promo pieces your created guy is pulling out. I've put a decent amount of time into the mode already for this review, but feel like I've gotten nowhere near getting off NXT even now. And that's another thing I need to speak about. Like I said above you start out going through NXT and Main Event shows as you work your way up, with each time you get to a show being forced to sit through the same intro to each show, without a skip button in sight. Sure it's cool seeing the intro and singing along (mumbling words you think they are singing) the first few times, but 2 hours in after seeing the same intro about 15 times, it can start to become a tad annoying. So yeah, overall for career nothing has really changed here, which is sad, as this means the new superstar that is Triple T will never get to hold the Universal championship anytime soon. 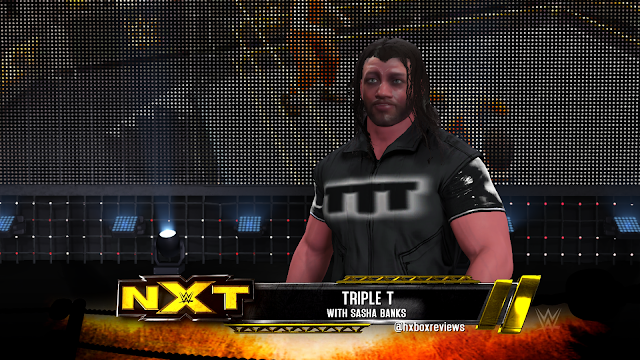 On top of My Career, we also see Universe returning too,. Still, a mode where I can see the attraction it has to other players but is still a mode I never seem to have the time for, as it requires both time and effort if you want to get something out of it. Dress up in your best power suit and walk around your living room pretending to be Vinnie Mac (this is optional) as you tinker away with shows, what superstars are on that shows, rivalries, who the champs are, as you play out the years in the WWE. Like I say, if you're willing to put effort into making logos and things of your own then this is another mode you could sink hours into. For me, though it doesn't offer more than a glorified match that I could easily play without all the fuss via quick match.

We then only have community creations and online play left to speak about, with both really doing more of the same seen in 2K16. Being able to download superstars, logos, arenas, championships, shows, and move-sets made by other gamers can add a bit to the game, more so when it comes to created superstars. Superstars not on the roster can be found, with the game giving you the ability to pretty much upload any logo or face you want in the game for all to see. Does the face upload work? For me, I'm swaying more to no, as when uploading my face into the game for career mode I ended up messing around for a good hour, with it ending up with me just giving up on trying to make my own face fit that of the body he was stuck on. 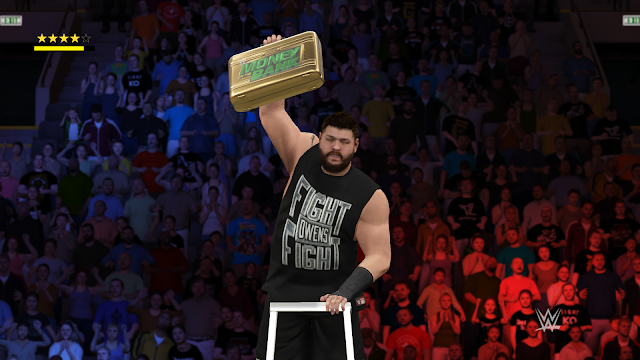 Online once again, more of the same. Better with people you know over the Brock Lesnar loving stampers that this mode seems to be littered with still. No one wants an entertaining match here it seems, with letting your opponent get to their feet to have a more entertaining match being a rare occurrence. With friends this of course changes, as you can live out those dream matches you have in your mind and make them the classic you would hope to see at a WWE PPV sometime in the future.

Overall: As a WWE fan we don't have the choice that shooter or football gamers have on the console, with this being the only wrestling game on consoles these days, thanks to it being the biggest and best wrestling company in the world. Losing things like showcase mode has hit the game hard this year, that's obvious to see once you pick it up and go through what's on offer. As a wrestling fan though what choice do you have if you enjoy sitting down in your living room and putting a fellow wrestling fan/friend through a table that won't have the police turning up at your front door? You don't. So no matter what bad points the game has this year, it won't stop any wrestling fans out there picking up this game and getting some sort of enjoyment out of it. You none WWE fans may as well just keep ignoring this, as nothing is here for you yet either.

Pros
Great fun with friends
Decent sized roster, with even more available to unlock when using credits you earn by playing the game
Once again entrances and wrestlers (well most at least) look fantastic