Riptide GP: Renegade Getting Closer To That Xbox One Release 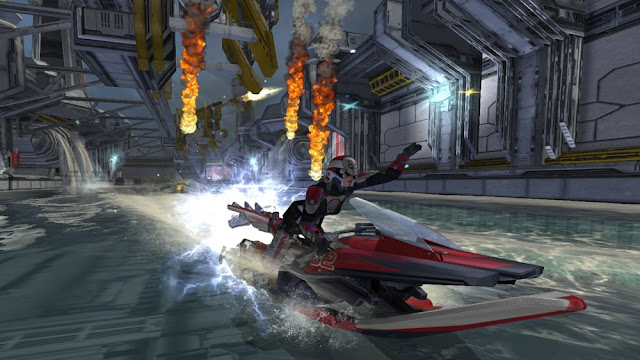 It feels like an eternity since the news came out that this game was coming to the PS4 and Xbox One, with the PS4 having it in the store to buy now since July 26th. I've sat here with my Xbox One since that day hoping a release day would be soon, but not much has been said up until last week. It seems an Xbox One/ Windows 10 version shall soon be upon us (fingers crossed), with the game going into final certification testing at Microsoft last week. With the game only needing to clear a few compliance tests before it's clear for launch.

While Vector Unit have not explained why the long delay, they did go on to say in their blog post that Riptide GP: Renegade is going to be one of the very first third-party titles released with the "Xbox Play Anywhere" label, meaning you will be able to buy it once and get the game on both Xbox One and Windows 10. You can play either version and save your progress along the way, and also play the online multiplayer across both Xbox One and Windows 10. The Xbox One version is also the only version that lets you play local split screen with up to six players ( I just need 5 friends).

Will keep you posted on Twitter when we finally get an actual release date.
Riptide GP: Renegade