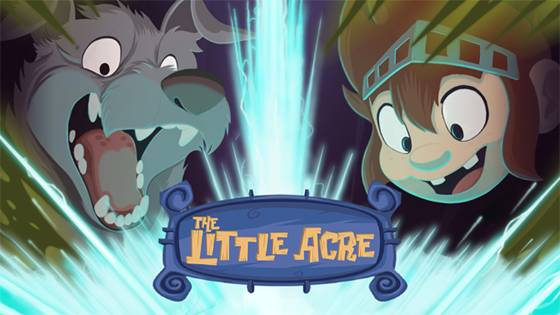 Every now and then I step down from my big release pedestal that many think I seem to sit upon and allow a smaller game into my eye sockets via my Xbox One and TV. The Little Acre, brought to us by Dublin-based Pewter Games and published by Curve digital, was the lucky game this time around, and a game I had been looking forward to playing since the below trailer was shown off earlier in the year.

The Little Acre is a point-and-click adventure game, in which you take control of two characters, that being Aidan and his young daughter, Lily. The game sees you investigating the disappearance of Aiden's father, with him soon finding himself transported to an odd world that is populated by weird and dangerous characters (some nice ones too). The same thing happens to poor Lily too, as waking up to find her Dad missing she does exactly what her Dad did to get lost and soon finds herself messing about with the same machine that took Grandad and Dad to this odd place. This sees you then playing certain areas with one character at a time, with each of them trying their best to find a way out of this world.

The Little Acre is by no means a massive adventure at all, with an achievement unlocking by beating the game within an hour, making that obvious to people looking at picking this up. What the game lacks in length sees it making it up with a great story, which is told really well with interesting characters in both Aiden and Lilly, as well as the few you come across while on your journey. 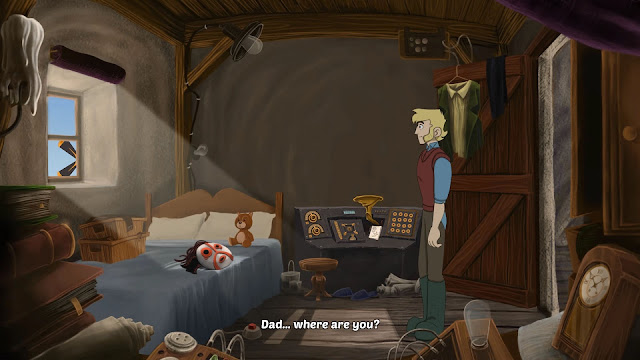 I think the thing that stood out for me most was both how the game looks and sounds, with the game feeling like a cartoon you find on one of the Freeview kids TV channels on an early weekend morning. Aiden has that Irish charm about him, while Lily is that kid who is afraid of nothing at all, with the loveable family dog needing way more game time if the game ever gets a sequel (fingers crossed). Because of this, it becomes a game that your kids (if they are of a certain age) will sit down happily and watch you play, and if you're a gaming parent like myself, you will take any quiet gaming time you can get.

In terms of puzzles and things you must beat to continue your adventure, then nothing is that tricky here, with you just needing a certain object to move on past a section. If you do find yourself getting stuck the game has a handy hint and solution section that will first give you a hint, before then telling you what you need to do before moving on. I used this way too many times in my first playthrough if truth be told (thanks to lack of time and wanting to get this review done for launch), but it never made me moan about how long the game took to finish, as I used the hints as a last option if I spent more than five minutes wondering what to do. Even doing this the game took me just over three hours to finish, so still enough in there to warrant the £8.83 asking price the game currently has. 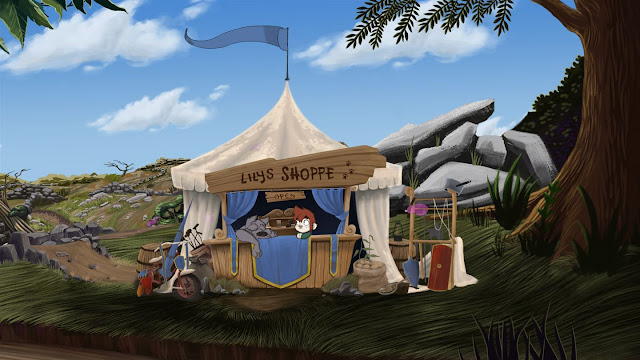 Overall: The Little Acre will be enjoyed by those who enjoy games such as Telltale episodic adventures, and also games such as Kings Quest. The playable characters are fantastic and left me wanting to see more of them in the future, with the only real letdown being the story feeling like it was getting somewhere only for it to have a sudden finish. But then I guess leaving the audience wanting more can only be a good thing. Certainly give it a look if you have the funds spare this time of year.