HXR Overdue Review: Back To The Future (Episode One) 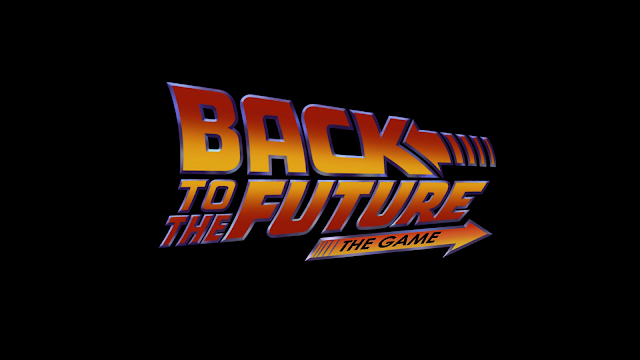 Seeing this game at the low price of just £6.60 in a sale recently I decided to pick it up for myself, even without knowing if it was any good or not. Now while I would love to play through all five episodes that come with this game and then type up a review, if I've learnt anything in the past it's that I will end up finishing this series by the end of the year if I'm lucky. I have numerous Telltale episodes on my Xbox One that I have picked up in sales (Game of Thrones, Batman, Borderlands) which after playing a few episodes of a review code for something for the site comes in and I forget all about them for ages. This weekend I finished the first episode of this. So while it's still fresh in my mind (and lets be honest here, will future episodes really throw up anything different other than story? If they do I will obviously come back and edit this review), I thought I should type some words on it while I have this spare time just incase it drops in price again.

I've said in the past when reviewing other Telltale games that you're pretty much buying one of these games for the story rather than an actual game, with the game being more of an interactive TV show rather than what many class as an actual game. Remember those DVD games you could buy back in the day where you would have to push a direction to move or a number if it was a game show? Well, Telltale stuff is pretty much like those, all be it way better looking and more enjoyable. 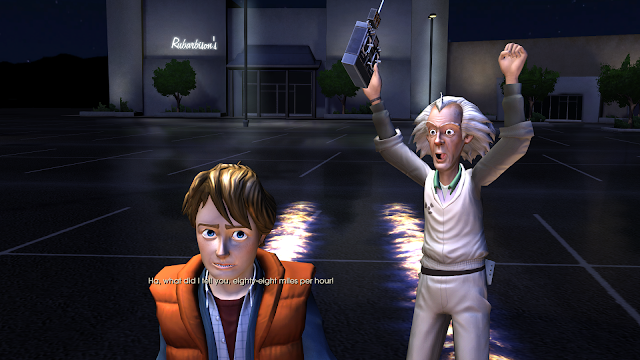 Back To The Future kicks off with a familiar opening which sees Marty and Doc seeing the DeLorean time machine work for the very first time in the Twin Pines Mall parking lot. When Einstein the dog doesn't come back like he did in the movie, things happen with Doc that play out the remainder of this episode. Not one wanting to spoil the main piece of the game (the story) your goal becomes to work out where Doc has gone and how to get him back to the current time period. This takes place when the car returns with some clues as to what year Doc is now in, but it isn't a simple go there and pick him up mission by any means.

The game being one of the first episodic games from Telltale certainly came across as feeling a bit dated and clunky and where Telltale were just finding their feet with the whole episodic experience. The story is the main element to this game and that it should be, with the game certainly having a more puzzle-like feeling to it the more I played it. Needing to use certain items to interact with things is the main type of puzzles you can expect, with one a bit later needing a bit of calmness and quick thinking if you want to beat it. If you do get stuck the game also offers a hint option by pressing the y button, pressing this throws a few clues at you before revealing what is needed to be done if you want to progress. It comes across as clunky as at times just clicking on the objects around you make it feel that way, with more newer TT games just feeling a lot easier when it comes to interacting with items around you. 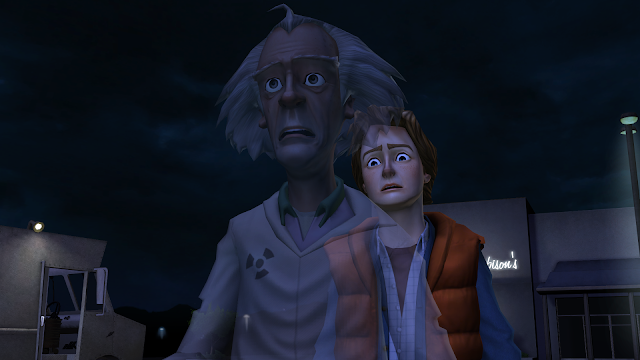 Overall: Small, basic review for this as I don't want to go into too much detail on the whole story side of the game. Like I say a bit dated and clunky, but a decent purchase if cheap enough like the recent sale price of £6.60. Does the whole Back To The Future thing really well, with most of the loved characters from the film being there to go through the game with. Didn't see the films? While not really having to have seen any of the films, those who have will certainly get a lot more out of the game when it comes to the small little things scattered around the game.