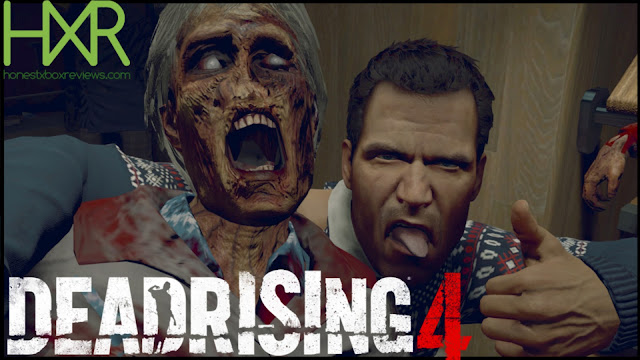 If there's one genre on consoles today that has been done to death, it's this one. With slaying zombies in some shape or form being something many of us enjoy doing every now and then, even if it has been done over and over again. I wasn't a huge fan of the Dead Rising series up until getting to play Dead Rising 3 with my launch day Xbox One console, with DR3 certainly showing off the power that the console had very early on. With the co-op feature that DR3 had too, I found myself losing hour upon hour on it with a family member online, ignoring the story half the time, and just building the weird weapon and vehicle combos that make the game stand out against other zombie games out there.

In Dead Rising 4 the story carries on a year after the events in DR3 and a full sixteen years after the events of original, with you once again returning to Willamette as Frank West. The game starts with a student of yours taking you back to Willamette on the hunt of a big story, but before you know it you're a man on the run, knee-deep in zombie blood and body parts while working out what the hell has made this outbreak happen once again. If this is your first time meeting lead character Frank West, then picture a man who isn't afraid to lay waste to the undead in whatever silly attire he can get his hands on, while also throwing out his sarcastic sense of humour to anyone who will actually listen to him. 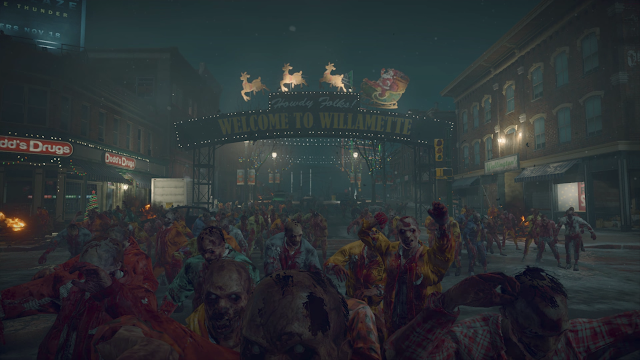 If you're expecting a massive change from previous Dead Rising games, then you may be a little disappointed with what DR4 has to offer, as while Dead Rising 4 has been nothing but fun for me so far with my 25+ hours spent with it, I can't sit here and type out that it's offered me anything different from what I saw and played when playing DR3 however long ago that was. The one feature that I've missed the most is the fun campaign co-op option that a mate could jump in with you and enjoy, but it sort of tries to fix that by offering a much smaller and way more basic online mode in DR4.

One toy that does see a small upgrade time around is his camera, as this time it does more than take pictures and helps investigate areas at key times through the story, while also being handy for certain collectables that are on offer. Other than that this is pretty much the same experience in other games, but that doesn't mean the fun is lacking at all. One more thing is the mech suits that are scattered throughout the game and last for a few minutes (until power runs out) when putting them on. You put these on and become even stronger, even more so when handy mech sized weapons are nearby too. 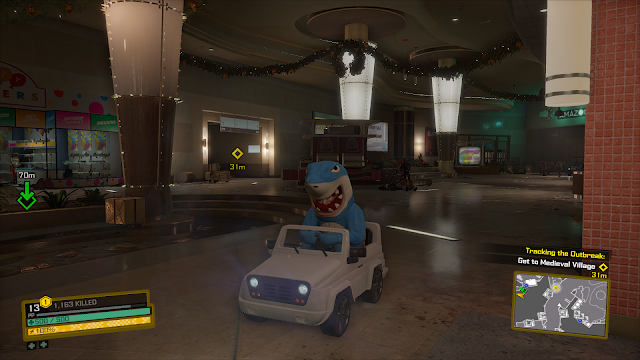 What brings the fun to these games are the mad weapon and vehicle combos you can build with everyday objects in the game. Taking a simple sledgehammer and turning it into a weapon known as "blast from the past" soon makes clearing out a load of zombies way easier than if you were using your bare hands. Add in vehicles like the kill-o-watt (go-kart mixed with a shopping cart) and you're soon just driving around and slaying any zombie that dares to get in your way. Obviously the further you go in the game and the more hunting you do, the cooler weapons start to be found, and soon enough the story is forgotten about as you end up enjoying killing groups of zombies within seconds.

The only downside of the game is the fact that online hasn't been something that has pulled me back into the game. I got this at launch via a rental service I use, and once Xmas was out the way I found the pull to go back and play the game slowly starting to pass. I've not finished the campaign (more hours spent slaying & exploring than progressing the story if I'm honest), nor have I sunk a load of hours into the MP other than jumping in a few times and getting bored of it after half an hour or so. Maybe doing the online with friends might have made it a bit more enjoyable, but doing it with silent randoms doesn't offer that much fun, just a ton of people who run off killing things who you then have to go and revive if you're the kind of guy who is a team player and not all about yourself. 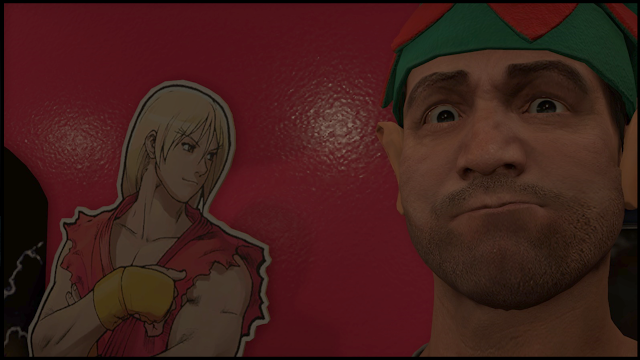 Overall: Had I been reviewing this at full price at launch, then I would have been saying it was decent but not an essential purchase at £45.00/£50.00. Currently, you can get this anywhere between £20.00 to £30.00, and at that price range, Dead Rising 4 is a great buy for what you get in return. Decent story for those that want it, and enough side things to do within the single player for it to pass many, many hours. Online is a bit dull when playing with people you don't know mind you.