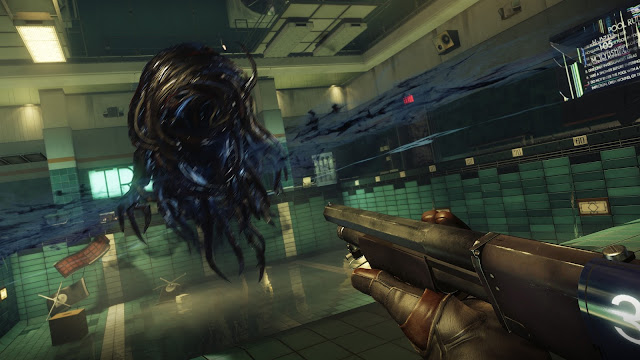 Bethesda have just revealed that Prey will be releasing worldwide on May 5th for the Xbox One, PS4, and PC. To go with this announcement they also have a new gameplay trailer which you can watch below. Pre-order the game now and you will get your hands on the exclusive Cosmonaut Shotgun Pack for the game when it releases. This pre-order bonus not only includes the Morgan Yu’s family heirloom Margrave shotgun, but it also has tools to fight threats aboard Talos I. The items you will also receive are things such as three Neuromods which players can spend to acquire new abilities, two Medkits, a Fabrication plan to create the Shotgun and Ammo, a starter kit for building tools and weapons, and a unique upgrade to help players preserve their limited resources.
Prey