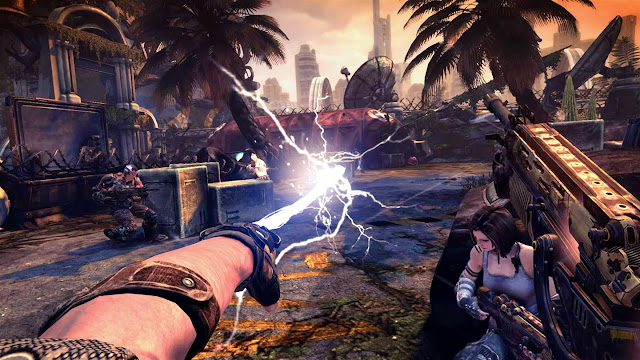 Bulletstorm was a game on my 360 that I look back on and smile to myself. Sure, it wasn't the greatest shooter the world has ever seen. But it mixed things up a little when all shooters seemed to be about muscular men and killing a mysterious new alien threat. It added some humour into aswell, which hopefully still brings a smile when the Full Clip Edition releases on April 7th.

The Total Package – All previously-released content, including the Gun Sonata and Blood Symphony add-on packs, now on modern platforms.

New Overkill Campaign Mode – Upon completing the main campaign, blast through this New Game+ mode with an unrestricted arsenal of weapons and Skillshots.

Killer Visuals  – Presented with updated models, environments, and animations all running at 60 FPS across all platforms.

The Art of Destruction – Pull off masterful kills by mixing fast-paced gunplay with unique kick, slide, and leash combos.