Talent Not Included Coming To The Xbox One On April 5th 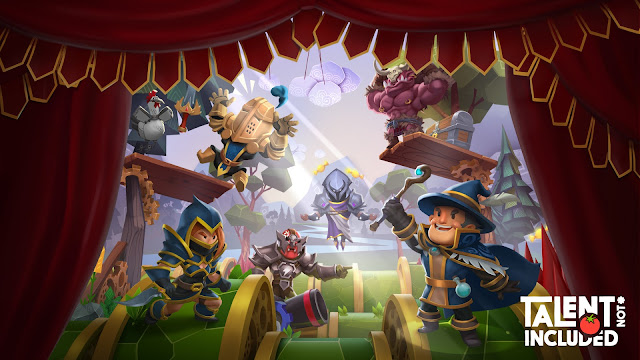 It's another one of those "oh look at this game I've only just found out about thanks to an email" posts again, with the news of this release dropping into my inbox while I'm working my way through my playthrough of Mass Effect for the review.

Talent Not Included is a game from independent Canadian developer, Frima, with the press release telling me that the game saw much critical acclaim on PC via Steam when it released last August. Something I cannot confirm as this is the first I have heard about both game and the developers.

The game tells the story of three bored monsters called Zordok, Derp, and Kevin in a place called Notthatmuchfurther, who one day decide to put on their own play. What follows after crap hits the fan is an action/combat platformer where mechanical soldiers, animals, hard-headed monsters, and rotating cylinders will challenge you in one of the most demanding plays to ever hit the stage (said the press release). Trailer found below, and like the title of the posts says, look out for it when it comes to the Xbox One on April 5th.