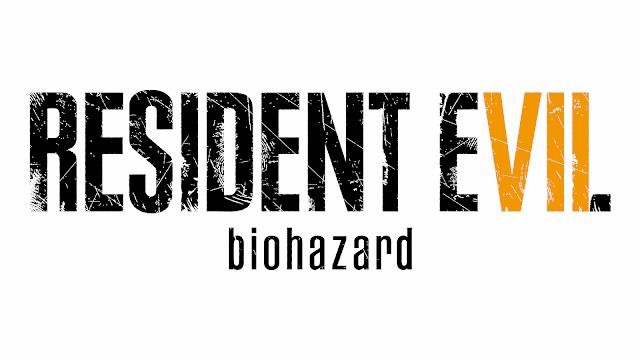 Games that come out that have the sole purpose of just making you crap your pants are games I tend to avoid the older I get. Back in my younger days I lovedddddddd Resident Evil, with the dogs jumping through the windows being the one time I got my older brother to leap off his bed like a frog while playing the game in the dark. Just knowing that part of the game was coming up as he played it and having to hold in my excitement of finally getting my own back on this person who had mocked me for being scared of the likes of Jason and Freddy for the last few years, will be one gaming memory that will always stick with me. It's so much better too when you can laugh at someone else pooping themselves at scary things, but when it's you doing the pooping it's not funny anymore at all.

With nothing to review I decided I had to man up and finally play this after renting it from Boomerang games here in the UK about three weeks ago. I did start to play it when it showed up back then, but with reviews on the sidelines that needed doing, the last thing I could see was me getting enjoyment out of something that just wants to make me soil myself over and over again. I hate playing anything that just puts me on edge, it's just no fun for me. None the less, here I am currently about five hours in typing up this intro to this review so I have to force myself to finish the game before typing the rest up. Did I make it to the end? (Well you follow me on Twitter so you know the answer to this already. 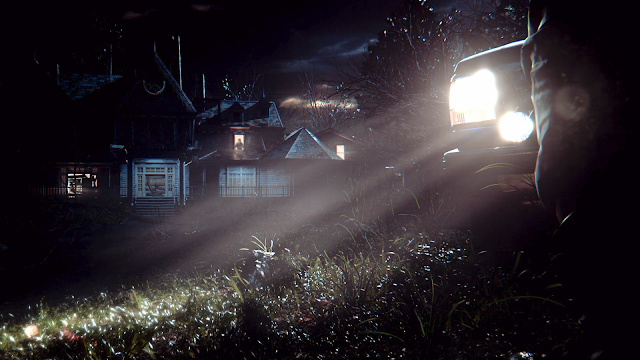 The game begins with you playing as a guy called Ethan, who after getting a message from his Wife Mia who has been missing for three years (who makes it perfectly clear to STAY AWAY from where she is) decides to go out to an empty house in the middle of nowhere by himself and try to find her. Obviously, this all works out well, and he knocks at the front door and they walk away happy.......I mean that would make a great game right? No of course not. He gets to the house only to slowly uncover the dark secrets and messed up people inside of it, with the game at all times just waiting for the right moment to throw a jump scare at you so you can squeal like a little kid or drop your controller if you're a big baby like me.

Watching a few trailers and also the real life Baker experience in London around launch, I was excited in a weird way in finally getting to meet and know all about the main enemies in the game, well for a long portion of it at least. Not since the days of Vaas on Far Cry 3 had we seen bad guys being the main talking point of a big release pre-launch, so in doing so it sort of makes them the guys you're supposed to hate, but deep down you find yourself actually really liking them in a weird way. Sure this changes once the game begins and they treat you like a human punchbag. But with the game complete now, I can honestly say that trying to escape the house and getting to know all about the Baker family was easily the biggest highlight of the game for me. 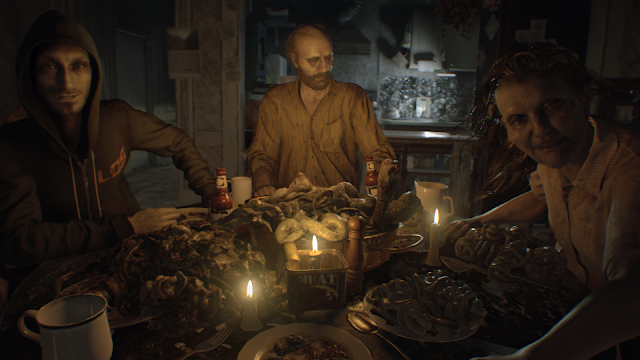 When you're not trying to escape the Baker family, you also have puzzles and other things to try and kill as you progress through the game. Puzzles of course feature, with the ones in the house being more about object shadows on paintings, to a great puzzle heavy section later in the game in which Lucas (the Baker son) is setting up a birthday cake to have a lit candle put on it. With the house itself being a massive character in the game in the first few hours, I did find later in the game other areas really didn't live up to the previous hours I had spent with it. Also when taking away the Baker family you just find yourself left with enemies known as the Molded, who once you've seen do their thing a few times they don't really do anything else. So what happens is you find yourself predicting where they will make an appearance, and 80% of the time your brain is correct.There is only so many times a Molded slow walking around a corner can actually be scary. A character called Eveline who joins the game a bit later on though does add a few more scares back into it, but then being a creepy kid will do that. 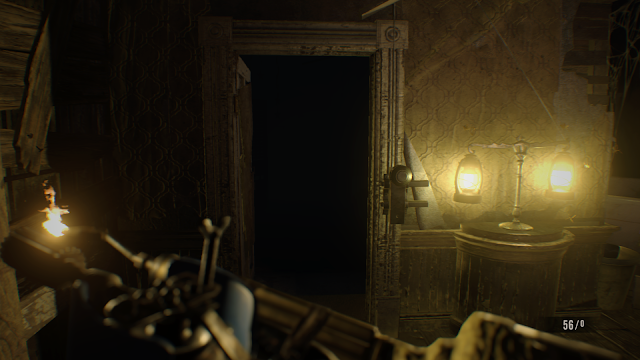 My memories of the Resident Evil series are mostly where each room had a slow creaking door as a loading cutscene, or zombies that sounded like a drunk person outside a pub at midnight trying to get his change out his pocket for a taxi. While I can't sit here and say I've devoted my life to the back story or actually being a massive fan, the early games will forever hold a special place in my heart as they were a big part of me being the gamer I am today. Resident Evil 7 steps away from the classic look of the original games, with this game going more the route of a Hollywood blockbuster this time around. It still feels like a Resident Evil game deep down with you finding items like herbs and things to combine together, but the first person viewpoint the game has now makes it a whole new experience to look forward too. The game is also the best looking survival horror game currently on the market, with it looking stunning at times and helping the game really get across that feeling of reality at all times.

Overall: I honestly had a good time testing myself and pushing myself to finish this game. For me both the Bakers and their house made the game the enjoyable experience it was, making it something I've never had the pleasure of experiencing in a game before. So many things come together that make it work well. Characters, setting, and just the way the game makes you feel claustrophobic at times as the camera gets close as you squeeze your character through tight spots, not knowing what to expect on the other side or around the corner. Sadly things dip off a little after the house portion, but it was still enjoyable enough to tell you all to give it a go.

Pros
Looks great.
The Bakers are great (even if they do want you dead).
The Baker house portion offered up one of my favourite experiences so far this year.

Cons
Scares soon begin to disappear the further you get and the weapons you get a hold of.
Did find myself having moments of not knowing where I needed to go to next to progress.
Needed more puzzles.
Resident Evil 7