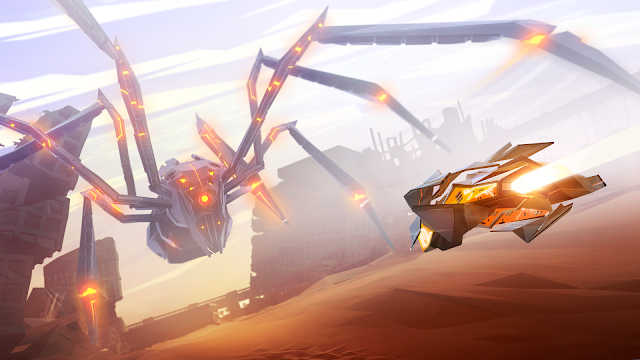 I have started many drafts of this review up filled with humorous jabs at the fact this game shares its name with a certain chocolate bar that many of us have shoved down our faces, with mint being my personal favourite. We are all strapped for time though, so I shall skip the lines filled with chocolate bars and just get on with talking about this little gem from the guys at Mad Fellows.

I first set eyes on this game a few weeks ago, with a Kickstarter underway so the game could get onto Steam, a tweet came into my timeline and the rest is history. Watching a few trailers the music sunk into what remaining brain cells I have left and repeated themselves until I had no other choice, I needed this game in my life. 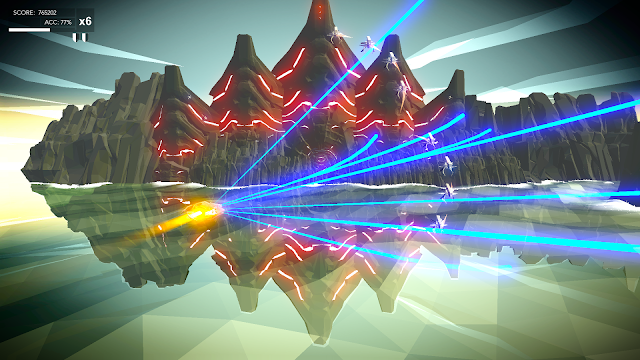 I pretty much covered the concept of Aaero in the recent news post I did, with that feeling still being the same now I've played it too. Have you ever tapped your head and rubbed your belly or vice versa? Well, that's this but with a kickass soundtrack to it. Your goal is to simply follow the ribbon of light with your left stick on the track to make the music come through as crisp as possible. The right stick is your aiming stick which allows you to take down a number of enemies/bosses, and also shoot collectables as you go through the track too. Doing well sees you scoring well, which is the whole point of the game if you want to earn those five stars and get high on those leaderboards.

Four modes are available in the game, with two of those locked away until you earn enough stars and collectables to unlock them, and this may be where Aaero tests a lot of you. Chillout out is the mode to go to if you just fancy playing the track with no worries behind it, as here you don't have to worry about dying and losing lives and can just learn the level and enjoy the music. Normal is the start off point when it comes to difficulty, which I'm not going to lie to you all about, yes I've struggled to just get through this part of the game for this review. You're given three lives and must play and master fifteen track well enough to progress further and unlock both Advanced and Master, where an even harder challenge awaits you. The levels themselves are both fantastic to play and offer a decent challenge on most of them, some being easier than others mind you. I only had a few levels that tested me fully in normal, but once it was pointed out where I was going wrong I got through them with enough skill to beat them. Then I unlocked Advanced and got to watch myself utterly suck, so beating any of these in the near future for me will be somewhat impossible with my fat hands it seems.

The levels really go well with the music on offer, with the music itself having a habit of sticking in your head for days after. Honestly, even as I type this review the beat of Bass Cannons is going around in my mind making it hard to even type up words and not jump back on the game to play it. This is where Aaero will be a hit and miss for some people though, as while I enjoyed the music used in the game, it won't be to the taste of everyone. If you watch one of the many trailers and just hear noise in your ears, then maybe Aaero isn't for you. You will however kick yourself in the near future for missing out on a great game that kills time like you wouldn't believe. 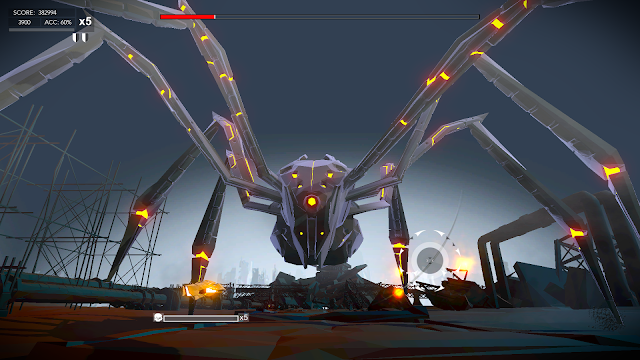 Overall:  I've really enjoyed the game everytime I've loaded it up over the last few weeks. Great if you fancy a challenge when trying to tackle advanced, with leaderboard fans being well catered for here too. Loved the music, loved how well the tracks worked with the music too. So yeah, be sure to give Aaero a look.

Cons
Music might not be everyones cup of tea
Aaero