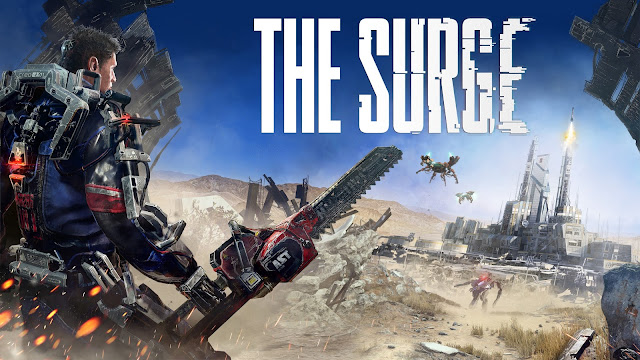 I've said it on social media and on the blog before, but testing myself from time to time is something I genuinely enjoy doing and what makes doing this writing thing a lovely hobby to have. Typing about games and genres that I love is an easy side of doing all this, so throwing in a little test to myself every now and then not only makes for an interesting few weeks with a genre of game I tend to not go near, but it also offers readers a look at an upcoming release from the eyes of a guy/girl from a different set of eyes, as I'm sure many review sites will have given their codes to pros of this genre and games that are like it. Is this me covering up that I suck at games such as Dark Souls and the like......well yes, yes it is. So like I said on Twitter for the last week or so, I will do the same now. I'm not good at these games and I'm not going to pretend I am. If you're a fan and want a review from a reviewer who loves this genre and games like this, then please go and read those reviews rather than mine. 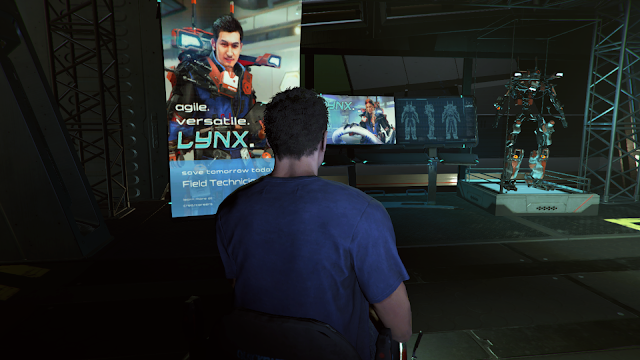 The Surge sees you playing the role of a character called Warren. A man who you see in the opening few minutes of the game unable to walk and wheelchair bound on a train to a company called Creo. This company not only offers Warren the ability to walk again via a simple attachment of a mech-rig to his body, but also offers him a job once this procedure is over with. Once you are strapped in for this life changing operation Warren is shown screaming in agony as injections and screws prod him from every angle. You wake up with your fully working body to find yourself in lands filled with drones and other humans rigged up like you (all be it with better gear), all of them after one thing, your life. The goal is simple, not only must you try to survive and beat the levels in front of you to progress, but you must also explore and also destroy your enemies for scrap to improve your gear and get stronger if you wish to get anywhere in the game.

The levels themselves pretty much play out the way you imagine, with you exploring for gear and killing things to help build better gear being the main portion of each section. Once you've explored enough and killed enough things you simply take down a boss to move on to the next area. If you suck at this genre like me then most of your time will be spent in the medbay, a place you not only come to refill your energy and collect spare energy packs, but you also come here to bank or spend the scrap and items you earn to increase your core power or build and upgrade and change your implants. New gear explains itself really, but implants are like a perk that add to a certain improvement to Warren, with health, how much damage you dish out, and of course stamina when you flinging your weapon around and dodging incoming attacks from the tougher enemies being three main things you need to get as high as you can if you wish to get anywhere in the game. 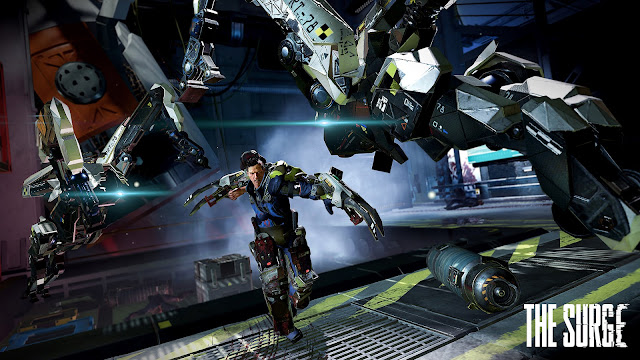 Combat is the way to get scrap and other gear of course, and if you found yourself being half decent at it in Dark Souls then this will be a breeze. Locking on with the click of the right stick you then choose a limb to attack and maybe end that attack with the press of the x button which dishes out a cool looking finisher. The limbs you can attack will be the head, body, arms, legs, or attacking the arm of an enemy who has hold of a decent looking weapon, which you might get your hands on if your lucky. In the past, I tended to hate the combat in these games, but in The Surge I found myself over time getting a little bit better the more I kept coming back. I'm not some sort of pro at the game after 12 hours of trying, but I'm at the point now where if I see an enemy I'm not thinking a death is around the corner. Of course facing a tough opponent over and over again after he has killed you numerous times can and will get annoying to some, but that chance of getting better gear is the pull that keeps you coming back. As humans, we hate being beaten by a silly game, so that feeling and buzz you get after getting past an area or a group of enemies that had you beat for a bit will make those final seconds where you have them beaten feel that much sweeter. Sure, those enemies respawn every time you go back and visit the medbay for health and upgrades, but going back at them again knowing you've beaten them before gives you much more hope when you come across them this time, so when you take them down much easier this time around you wonder to yourself why you ever got stuck on them in the first place.

The Surge offers something different from the obvious Dark Souls comparison that many reviews will focus on, with the levels that the game take place in being a good place to begin. These sci-fi, futuristic lands with robots everywhere already give the whole hardcore, action-RPG a different feel from game offerings in the past, with DS offering a very dark experience when I played that game (all be it briefly) when those games released. The Surge also feels at times like your in a Transformers movie, with the screen filled with humans/robots swinging their weapons about (leave it) as you try your best to take them out. I've weirdly just found myself enjoying it at certain times, something that I could never say when playing Dark Souls games in the past. Much like TV shows and movies too, I go through stages of trying something after everybody raved about it and failed to enjoy it, only to give it another shot later down the line and find myself enjoying what it offered. I'm a weird person like that.

Now I'm not saying The Surge is perfect in every way as it isn't. With perhaps the biggest annoyance to it at times being the camera when in tight spaces and when in combat. When this happens the camera will spin into such a spot that trying to take an enemy on will end up with you just swinging your weapon like a madman as you try your best to get out of there without dying. 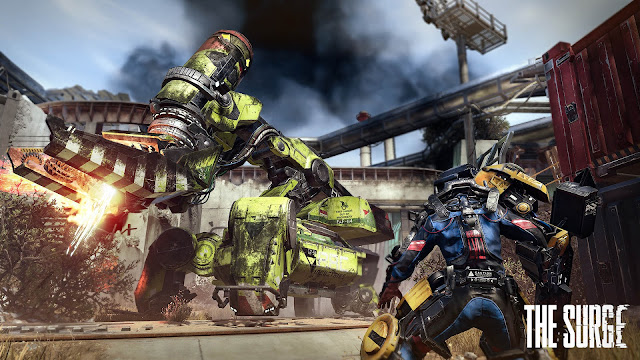 Overall: After playing The Surge I've come out not only having enjoyed myself to a point but also understanding a bit more why people seem to enjoy these games so much. Like I said in the review, if you hated this genre before, The Surge really isn't going to come along and offer you an easier ride at all. If anything it's been even harder to me than previous games in the genre in the past. This might be because I've kept going this time around though. It's like being bullied, only this time it's a video game and not that stupid bully at school. You either get up from the poundings you take over and over again and walk away never wanting to go near it again, or you stand up to it and tell yourself this game will not beat you and bask in those moments where you come out on top.

Cons
Camera at times just doesn't play ball
Tough as a 1,000-year-old testicle (this could also go in pros if you enjoy that sort of thing)
The Surge