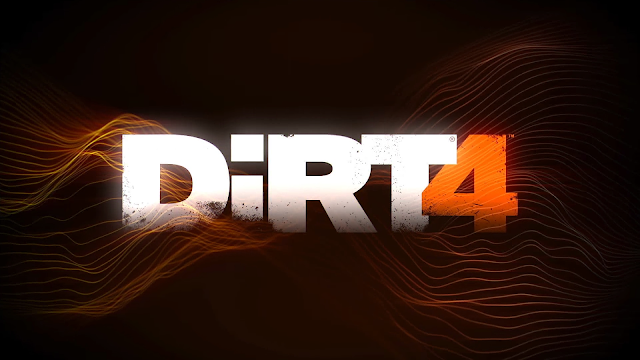 Driving games and I have certainly had a love/hate relationship over the years. Back in my youth, I had no issues loading up games like Ridge Racer on my PS1 and being pretty handy at it. These days, however, I can't seem to string a few corners together when it comes to the latest batch of gorgeous looking racing games we see today. DiRT really isn't really a series I can say that I've devoted my life to at any given point in time either, with the only time I played a game like DiRT being that time I used to enjoy games like Colin Mcrae Rally also back in my PS1 days. Sure I've tried to play the more recent DiRT games when they've released, but soon as a bit of time passed I found myself putting them to one side. Would DiRT 4 be an enjoyable experience for the racer novice like me, or would I be sick to death of hearing my co-pilot shouting orders at me while I ploughed my car into a tree? Time to find out.

DiRT 4 has been a welcome break from the recent batch of games that I've been playing, with the last racer I enjoyed deeply being Forza Horizon 3. While DiRT 4 comes nowhere near close to the gorgeous looks of a game such as FH3 (does any racer?), looks are not everything. Racers that offer a load of options and are fun to boot don't need the looks to make them a success, and DiRT 4 ticks all the boxes that should make it a success with people who enjoy the series, and noobs who want to give the game a look. 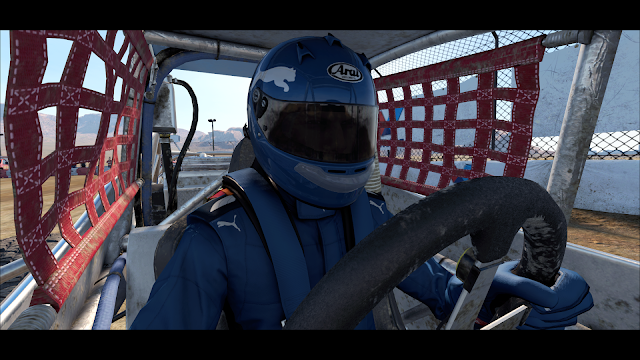 Loading up the game you're given two options of how you want to play the game, with the Gamer option being the one that noobs should take, and the other setting and tweaks offering enough of a challenge to those that love to be tested.  The gamer setting which I've used for most of my time has made the game enjoyable, but in no way at all have I been tested in any way. The only time this started to happen was when using karts that steered like I was driving on ice and not the sand I actually was, and also just later stages of a few of the modes where the game AI seemed to start pushing me more.

In terms of things to do in DiRT 4, it also does a great job of mixing things up that help stop the game feeling a bit repetitive very early on. Four modes of play are available in the fun career portion that the game has, with Rally, Land Rush, Rally Cross, and Historic Rally being those modes that make it up. Each mode has a little something different to offer you, with Land Rush and Rally Cross perhaps being the modes I got the most enjoyment out of. But like I say, all of these modes together help stop it from being dull after a few hours of play. 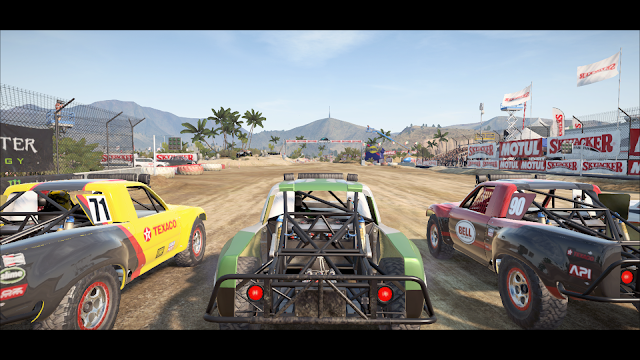 Playing races in the career mode, you can either use loan cars or cars you pick up with the cash you earn, and also ones you pick up as you work your way through it. Money also offers a different side to the game too, with the option of building your team and also upgrading things to do with your team as you rank up. The My Team option lets you buy staff, customise your car with a design and sponsors, also upgrade facilities that help make you have better staff in terms of rank and what they can offer. I've enjoyed this part of the game for a change, as these tended to be ignored by me in the past. The one letdown here I would say is that the customise options are pretty bland and limited, so while underneath you feel like your growing your team, it's never really shown off in looks while you're taking part in races or in menus.

If you enjoyed the fun stuff in previous DiRT games, then that is here too in the Joyride option. Here you are given an area that has a bunch of chapters that has all the block smashing and timed tracks while avoiding time penalties fun to keep you entertained. Great when you want a break from the career stuff. 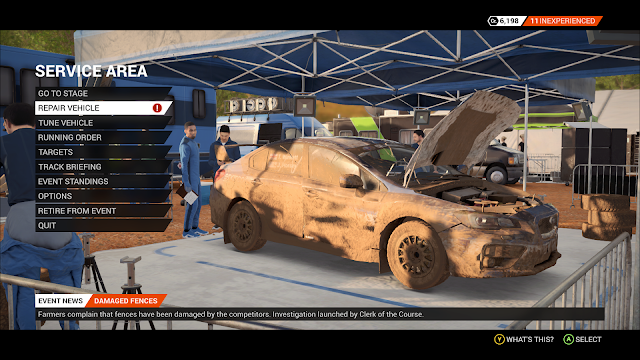 Away from all of this you of course have all the MP and competitive options you've come to expect from games like this, but also being somewhat basic if I'm being honest. It does the job if that's what you want to play but in terms of anything being anything fresh, that just fails to show up. MP ticks all the normal race each other boxes we've seen before, with the Competitive side offering a pro tour (read league type mode), and community events offered as well which update daily, weekly, and also monthly. Works well enough, and when I took part in races I didn't suffer any races that annoyed me with lag.

Overall: I've enjoyed my time with DiRT 4, mostly because it offers something for every kind of race game fan out there. The gamer option has made me feel like I'm half decent at the game (just never look at time leaderboards if you want to keep that lie going), but if I wanted to challenge myself I know just by tweaking the options I could do that. The letdowns were just the basic customise options on your cars and also just the standard MP with nothing new to excite me. Other than that. DiRT 4 has been nothing but enjoyable.