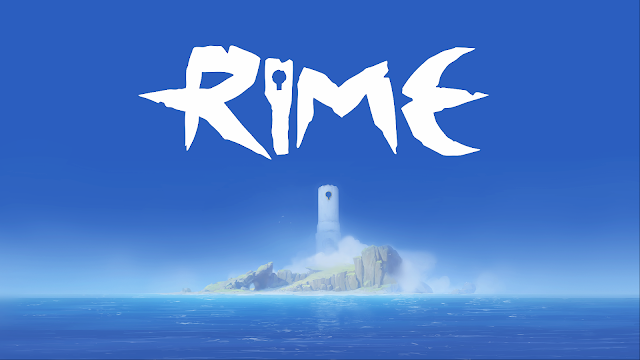 Trying to keep a review of a game like RiME spoiler free is a bloody tough task to do, let me tell you. Like so many games these days, RiME isn't just simply a game but is also an experience in which to get the most out of you need to stay well away from idiots like me whose role it is to tell you how good something is. If you know me well enough by now you will know spoilers are never my thing when it comes to reviews. I'm lucky enough to enjoy games without paying my own cash for then every now and then, so those who do go out and spend their hard-earned cash on games need to have the same experience I did with a certain game, and not have a buffoon like me ruin all the best bits for them. If you don't mind spoilers and want a more detailed review of things when it comes to RiME I suggest going elsewhere. This review will be me tip-toeing around things while trying my best to explain why RiME might just be my most enjoyable gaming experience of 2017 so far.

RiME is a game in which you control a young boy who at the start of the game wakes up on a gorgeous looking island that has a building looking down on him, that's all I'm saying when it comes to story. You see a cute little fox in the distance and off you go on an adventure of working out puzzles as the story unfolds as you work them out. The puzzles themselves are nothing hard, with only one puzzle close to the end being something that had me stumped for a minute or two. To beat the game fully took me around seven hours I would say, with the game only having two sections in which something can actually kill you, or at least I think this other thing can kill you as it certainly did something to me when I got close. Let's just say one thing can certainly cause a death to play it safe shall we? I mean you can also die by jumping off high ledges and things, but within seconds you're back to a spot close by where you fell, so those don't really count. 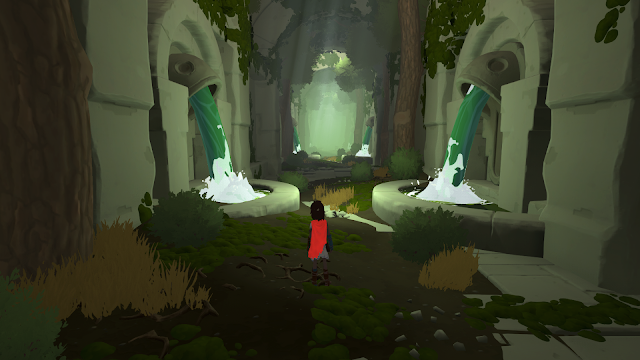 While the story is one of those ones where you find yourself going "OHHHHHHHHHHHH, NOW I GET IT" as the last few moments play out, where the game truly stands out is both in audio and just how the game looks. Of late the whole orchestral soundtrack in games is making appearances all over the place, and is something I can totally get behind now I'm reaching a certain age. Both audio and how the game looks just work perfectly together, making certain scenes or areas just become that much more memorable to when you think back on your time with it when it ends. If you enjoyed it as much as me then certainly check out this Spotify link to listen to it. Hell just listen to it anyway if you want to unwind and relax.

In terms of the graphics, those did their job too. RiME has the same sort of look of games such as The Witness, but thankfully that is where the comparisons end. You will have moments where your jaw drops and you are blown away as the game pans out and the music kicks in, which like I said at the start of the review make RiME way more than just a game, it makes it an experience. An experience I'm glad I got around to enjoying without it being spoiled. 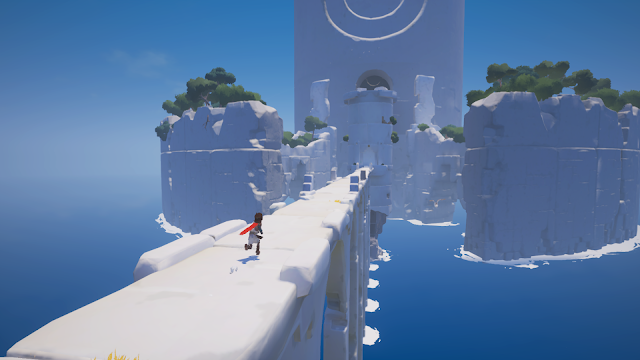 My one worry with RiME was replay value and also value for money, with hearing people on Twitter saying how they beat the game within four hours, which normally with a game that costs $29.99/£23.99 I would tend to say wait for a sale if I'm honest.  RiME makes up for the shortness it has just by being the experience it gives back, where games like the recently reviewed Little Nightmares while offering an alright game it didn't offer the quality that Rime does. Replay value is sort of here too if you avoid walkthroughs and such on the Internet, with a bunch of collectables to explore and find within the game, with the game allowing you to go back to a certain chapter and find them once the game is over with. There's a bunch of them too so I would say play the game for the experience first time around, then go back and mop up the achievements afterwards if that is your thing.

Overall: I've used words like Majestic and beautiful on Twitter when it comes to RiME in recent days while playing through it, and even now I've beat it my mind still feels the same. RiME is an experience every gamer needs to play at some point in time. Maybe if funds are tight and you need your games to last a long time then hold off for a bit. But for guys and girls without a care in the world when it comes to money, drop that cash and experience what is easily my most enjoyable game of 2017 so far. Loved it.