ChromaGun Coming To Xbox One This August 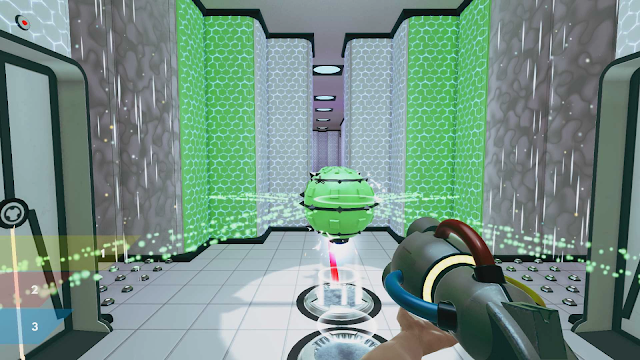 It's cool when the guys and girls behind a smaller release get in touch on their own accord, not only making this way easier for me but also makes me aware of a release I may have missed right up until launch.

ChromaGun is a first person puzzler all about colours, and I would not judge you at all if when seeing the below trailer that you instantly thought of another game that had a gun and some lying cake. In this one, you're using your ChromaGun to colourize walls and things called Worker Droids to progress in the chambers and make your way out of the exit doors.These Worker Droids are attracted to walls of the same colour and can be used for a variety of tasks like opening doors, activating triggers and so on and so on. This takes place over eight chapters that feature a witty background-narrative (I've seen this somewhere before, I'm sure).

ChromaGun is out on the Xbox One on August 23rd. Pre-orders for the game go live on August 3rd (I will update this post with the price then too).