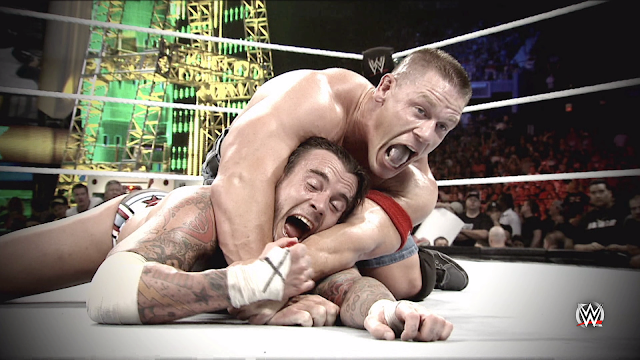 WWE Games have just revealed the collector's edition for this year's WWE game, with John Cena this year being given the special treatment. While fans picking up the Deluxe version of WWE 2K18 will see all the digital content that is mentioned in this post, those who pick up this collector's edition get all the following physical objects that are listed (figure and plaque).

Access to the Kurt Angle Pack, which includes two playable versions of The Olympic Hero

A Fanatics limited-edition commemorative plaque that includes a piece of the ring mat from Cena’s historic 16th World Title triumph at Royal Rumble 2017, as well as a hand-signed photo from The Cenation Leader himself

Only 30,000 copies of this WWE 2K18 Cena (Nuff) Edition will be available at participating retailers later this year, with the suggested retail price being £129.99 / $149.99. You can currently only find the trailer for this on the WWE website, which you can watch by clicking here. 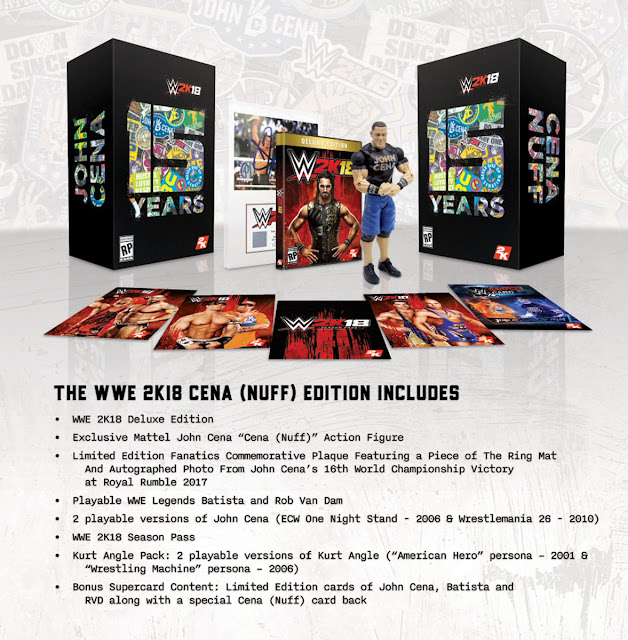