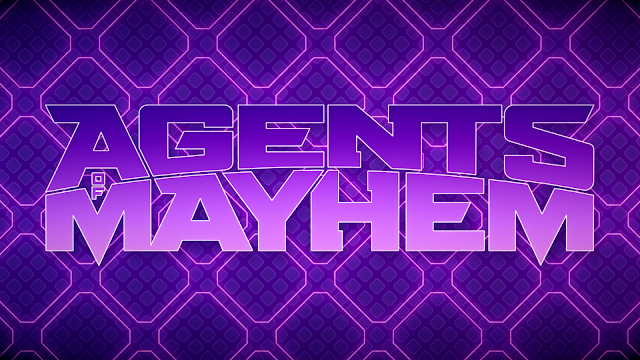 Leading up to the release of Agents of Mayhem, I can honestly say I never took much notice of it when it came to trailers or any new news released about it, leaving me going into this not really knowing what the game was all about until the review code dropped in my inbox. If I were to try my best to explain what Agents of Mayhem actually was now I've spent a good chunk of time with it, it would include a massive dose of Saints Row (for obvious reasons), a dash of Crackdown, and just a seasoning of Overwatch when it comes to the videos used in cutscenes to give the characters some back story.

As the Agents of Mayhem, it's your task to take down a group known as LEGION. A bunch of bad guys who came down from the sky one day and unleashed hell onto the world. The guy being the face of this evil organization is the LEGION Minister, Doctor Babylon, but of course, he brings with him an army of smaller enemies and mini-bosses for you to take down along the way. The AoM itself has a leader who was once part of the LEGION, that's until she got out upon hearing the full plans of the top boss, MorningStar. Taking the Ark (a spaceship that can instantly transport to anywhere in the world, she sets about bringing together a bunch of misfits to help do her job for her. 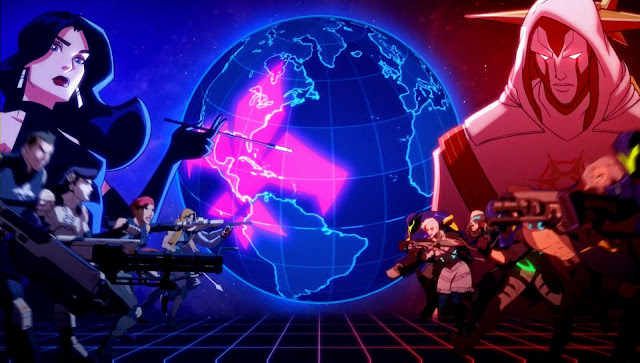 The story of each agent and their backstory is told really well by Overwatch style cartoon cutscenes that the game uses to tell the story of the game too. Each agent not only has their own persona, but they also have a different weapon set and powers that will come in use the more you progress through the game. In fact, I would say the first few hours of the game will be you not only unlocking these characters through missions that can feel a bit repetitive after a while (get to that in a bit), but also just working out who you like most and who will work best in a certain situation.

On the surface, AoM looks to offer a lot of things to do within the game, be that main missions, agent missions, or the load of side things to do when exploring the city (Seoul) that the game takes place in. The more you play, however, the more things slowly become a little repetitive. Missions, be that legion or agent, tend to start being more of the same as time goes on. That's going to an area, shoot things. then moving on and repeating this until either getting the thing you went for or taking down a small more powerful enemy. This can get boring if playing the game in massive portions, so just taking a break from this and searching Seoul for shards (AoM version of a Crackdown orb, which every ten collected allow a core upgrade to an agent), or just looking out for loot boxes which give a load of stuff to help craft new tech and maybe even find a new costume for one of the agents, slows down the boredom a tiny bit.

On top of that, you have the tech to unlock for the agents, upgrading the agency (Ark), vehicle skins and blueprints to find, and gadgets to unlock by beating missions. City things I mentioned earlier can be things such as Recon run, where you must run through checkpoints before the clock runs out, to Mayhem delivery, where you have to deliver a car to a certain area while under attack. There are a bunch of others ones too, and if anything they do nothing more than force you to explore a gorgeous looking (yet slightly empty feeling) city. 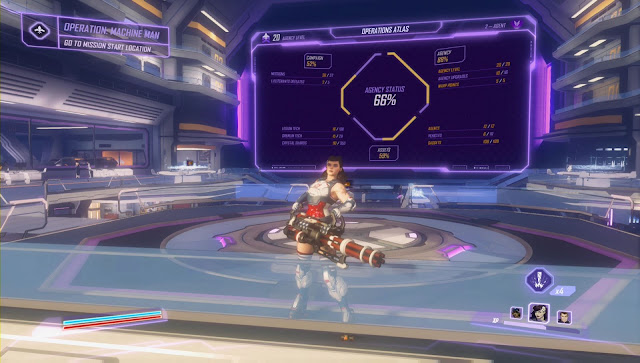 I guess the big thing to talk about before wrapping this review up would be the fact that the game is a single-player only experience, with the only hint of some sort of MP being the online contracts found in the Ark, which allow you to start them and have a mate or random people help reach a certain goal of killing things. You never team up in the same game, as it's more them just adding to your score via their own game. It's a part of the game I never really went deep in to if truth be told, as it just feels pointless. I certainly feel having a buddy tag along for this adventure would have stopped the game having that repetitive feeling to it, while also allowing you to just mess about in Seoul just for a laugh. Without MP the game lacks that special something to make it a game that I can see myself returning to once I've mopped up what I want out of it, making it very much a one time and done experience.

Overall: I've had pockets of fun with AoM with the time I've spent on it, but much like the last time I played a Saint's Row game, I can't help but feel like I've been here and done this game many times before. I loved the new characters, setting, even the cartoon cutscenes, Away from that though, there was nothing new here for me to really lose my mind about. It's fun and certainly worth taking a look at if it looks your thing. Just don't go in expecting your world to be rocked.