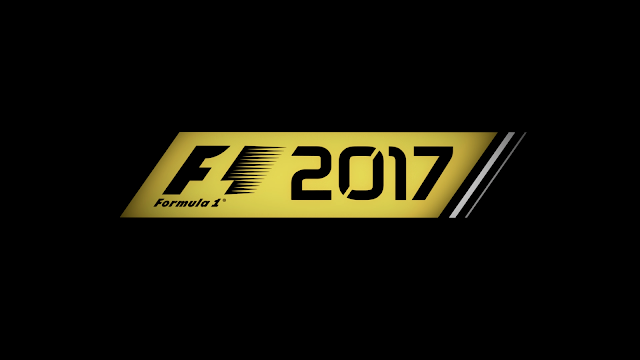 It seems to have become a thing now where I feel the need to review every new F1 game, even though I know zero facts about the sport itself. Much like every other time when I've covered this series, I will simply say this. This review is more for the guy (like me) who knows nothing about the sport, but everytime a new release comes out wonders if they should at least give it a look. Want a review from a hardcore fan who knows all the rules? Just leave now and look elsewhere.

F1 2017 offers up a bit of everything for the fans of break neck speed and close death situations with metal railings. but for this review most of my time has been sitting down with the career the game has, offering players the chance to sign up for a team and try their best to stand tall at the end of the season as the overall champ. Racing around the tight corners of Monaco (seriously, I never knew how deadly this track was until racing around it myself) to classics such as Silverstone, one thing the game does really well is make everything come together to make a game you can see that some love and effort has gone into it, which even an outsider guy can see and respect. 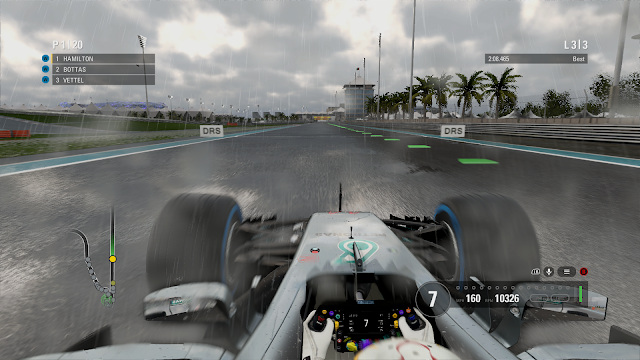 The career itself sees you tackling these tracks, but before doing so you must run practice laps and set your lap time in qualifying before you get on with the race in hand, trying your best to come out on top. Doing well in all of these things will earn you Resource points, which you can use in research and development and is the games way to upgrade the car you use and build it up in key areas. This can go as deep as you want if you're a true F1 nut, but people like myself are still able to have a crack at it at least. Not being a big fan of vehicle management and knowing what would be best for my car was my biggest downfall, so it's an area that was lost on me a little if I'm being honest. This didn't stop me taking on the races at hand though, and if anything, I came out the other side not only having respect for the drivers who do this sport for real, but also an understanding as to why people find it entertaining. The game also throws little side events at you throughout the career where a wealthy man lets you race in events for him, which is a nice break away from the serious side of the career.

The one downside to what was otherwise an entertaining career was the terrible looking cut-scenes that would happen every now and then with you and your agent, or engineer. Apart from looking really dated, the screen also suffered from some screen tear while these took place, making them not only look even worse, but also taking a little away from the game that does really well in terms of looks in every other department. 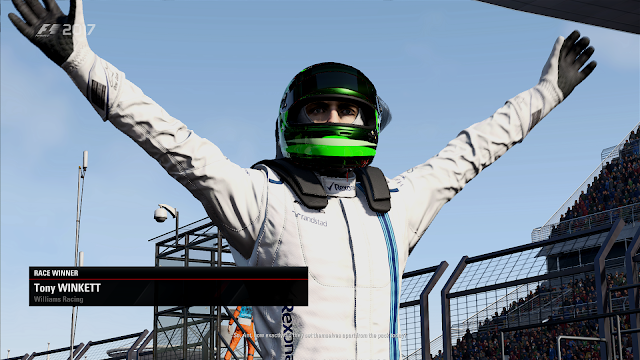 Away from career you have modes such as,

Event - A one-time scenario with a set objective where certain events have taken place. Do well to score highly for the leaderboard. 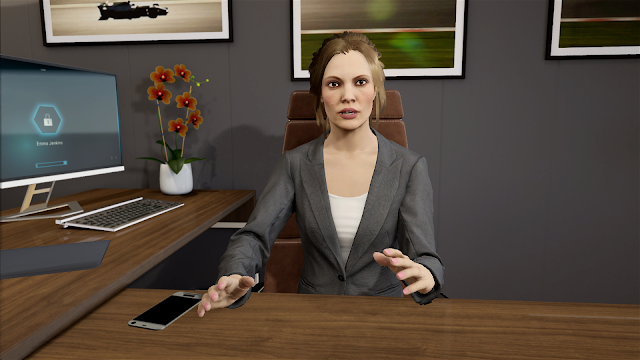 Overall: I've enjoyed my time with F1 2017, I really did. Sure, I don't see it offering enough for a none F1 fan to make it an instant go out and buy for them, but in terms of it being a decent racer, the only place I can fault it for is things outside of the game  (Dated and shoddy looking interactions). As for on the track stuff, F1 2017 does a great job of capturing everything about the sport. Speed, attention to detail, sound. F1 2017 has it all.

Cons
Dated interactions that suffered with screen tearing too
F1 2017